SPIEGEL: Mr. Kleisterlee, when you became CEO of Philips in 2001, the company had around a dozen divisions. Only three remain: lighting, consumer electronics and healthcare. Is Philips starving itself to death?

Gerard Kleisterlee: Not at all. Philips is a very healthy company and even turned a profit in 2009, the year of the financial crisis. The truth is that the company has been substantially restructured. At the beginning, we faced a question -- should we continue to produce the entire range of basic technology, starting with our own chips, or should we move closer to the end consumer and strengthen our brand? We decided on the latter and it's had a positive effect on our bottom line. 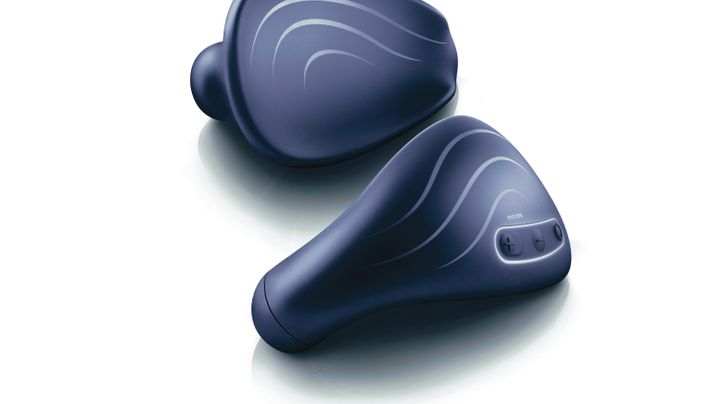 SPIEGEL: Yet when you started, Philips made nearly €32 billion ($46 billion) in sales. In 2009 it was less than €26 billion. That doesn't quite sound like growth.

Kleisterlee: True, but in order to achieve healthy growth, it's important to have a healthy foundation first. Increasing sales figures alone are not enough -- Philips came to that painful realization in the early 1990's, when we nearly went bankrupt despite having growth. The expansion strategy we pursued in the second half of the 1990's was also not always well thought out. We often tried to do too much. Now we're concentrating on three areas that are growth markets around the world and, according to all the projections, are likely to remain so for the time being -- health, lifestyle electronics and lighting.

SPIEGEL: Are the downsizing measures finished?

Kleisterlee: They've been finished for a long time. The sale of large business divisions, such as chip production and monitor manufacturing, is complete. At the same time, we took over quite a number of companies that strengthened us in our core areas. The global economic crisis alone is at fault for the fact that these developments were not yet reflected in our sales growth for 2009. When the crisis is over, I anticipate yearly growth rates of 6 percent or more.

SPIEGEL: Is the crisis over for you?

Kleisterlee: No, it isn't. But we are getting it under better and better control, as you can see from our costs.

SPIEGEL: No wonder, if you do what Philips does and cut thousands of jobs at short notice.

Kleisterlee: Layoffs are always tough. But the collapse in some markets was brutal too. And when you know that the demand for some products is not going to pick up again after the crisis, factory closures become unavoidable. In the case of incandescent bulbs, for example, we're facing dramatic restructuring because of bans in many countries. We welcome this development, because it will improve the global energy balance. But the consequences aren't as positive for employees, since you can't simply convert a conventional incandescent light bulb factory to producing new technology.

Kleisterlee: No. After all, it's been a long time since we were a classic consumer electronics company.

SPIEGEL: But the brand will probably continue to stand for consumer electronics in most consumers' minds.

Kleisterlee: That may be the case for Western Europe. But in China, for example, we're far better known for our household appliances. In the United States, people know the brand primarily for healthcare technology. And that's absolutely how we want it to be. It's good that Philips doesn't just stand for one product category any more. And that's something that is also reflected in the brand's increasing value.

SPIEGEL: But isn't it a dangerous strategy to have 90 percent of your products manufactured by subcontractors and to eliminate more and more products from your range?

Kleisterlee: That's become common practice for most of the leading manufacturers in the consumer electronics industry. Apple doesn't do its own production. Hewlett-Packard doesn't manufacture everything itself, nor does Dell.

SPIEGEL: If you'll pardon our saying so, you're talking exclusively about computer companies. Your direct competitors are companies like Panasonic and Sony -- who still do their own manufacturing. Isn't your retreat more of a declaration of bankruptcy in the face of competition from Southeast Asia?

Kleisterlee: It's true that some of our traditional competitors still manufacture. But one can see that they're having an increasingly difficult time with precisely that aspect. Almost all our Japanese competitors are now following the same steps we began 10 years ago. Samsung is the only company that still has the old vertical integration. I am sure, however, that this structure doesn't represent the future of the industry.

'Our Sensual Massagers Are Completely Different from Ordinary Sex Toys'

SPIEGEL: Has Philips given up its former claim to being the number one firm in the consumer electronics sector?

Kleisterlee: Times change. We certainly don't want to be a consumer electronics company with a particularly wide product range any more. Then we would also have to offer cell phones, navigational systems, digital cameras and many other products. In all these categories, however, there are only one or two strong market leaders, leaving the rest empty-handed. So it makes more sense for us to strengthen our position in terms of interesting products like razors and toothbrushes than to take on the competition from Asia in the consumer electronics sector.

SPIEGEL: Isn't the competition much closer on your heels if you concentrate on razors and toothbrushes instead of high-tech products?

Kleisterlee: Not at all. Technology still plays a large role in medical electronics and lighting, but not in consumer products -- marketing is now the deciding factor there. What's important is how user-friendly a device is and how precisely it satisfies the customer's desires.

SPIEGEL: So what distinguishes Philips' irons, "Wake-up Light" alarm clocks or baby monitors from the competition?

Kleisterlee: Ideas and outstanding product quality. Just think of our Senseo coffee machines. We came up with the idea of coffee pads. That created an enormous market that didn't exist before. Technology played only a secondary role there.

SPIEGEL: So what idea is behind Philips' new sex toys that are now being sold in Germany and the UK, among other countries?

Kleisterlee: The idea came from a group of young people working intensively on the topics of health and well-being. It became clear that there are major differences in what people consider to be well-being. In India or China, where clean drinking water or air pollution play a large role, well-being means something different than it does in Europe. For some people here, it means being able to sit down on the couch and watch television after a hard day at work. For others, sexual satisfaction is part of it.

SPIEGEL: The idea that sex sells is hardly new. But in a traditional company like Philips, there must have been considerably more resistance to these innovations than to the launch of water purifiers in India.

Kleisterlee: The team working on the product had that same expectation and naturally the board had long discussions before we gave it the go-ahead.

SPIEGEL: What were your reservations?

Kleisterlee: We analyzed very carefully, for example, whether such products would damage our brand, especially with our medical technology customers. The reaction was consistently positive. Our sensual massagers are completely different from ordinary sex toys. They're objects that you can leave lying around without feeling ashamed.

SPIEGEL: What significance does the market in "relationship care," as you call it, have for Philips?

Kleisterlee: We're still in the learning phase and I can't say precisely where it will lead in the end. But Philips' future certainly doesn't depend on it. For us, it was partly about showing our own people that unconventional ideas are also welcome, if they satisfy certain requirements. They must be suitable for the market, the products must be high quality, and it must be possible to sell them in normal retail markets. We have plenty more ideas for improving well-being, especially for people suffering from chronic illnesses.

Kleisterlee: We can't and don't want to stick all chronically ill people in hospitals and all senior citizens in nursing homes. That makes remote monitoring of illnesses and infirmities increasingly important. Technologically, that's no problem, but society still has significant reservations. We're working on several pilot projects in this area.

SPIEGEL: Robots are being used in caring for the elderly in Japan. Could you imagine something similar for Europe?

Kleisterlee: No. If robots were to replace friends and neighbors, that would no longer be my society. Nevertheless, an aging society certainly poses questions, such as will there be enough people in the future willing to provide this kind of care and how we can afford it.

SPIEGEL: And what is your answer?

Kleisterlee: Technology will by necessity play a larger role in care for the elderly. But I'm thinking more of practical aids, for people who want to continue living independently and who are able to do so with the support of specially designed and easy-to-use equipment. And we are working on that.