Gisbert Soballa has a rather dispassionate stance toward death. The 72-year-old retired cardiologist says that, to him, dying was always "something completely normal."

Given that, the doctor didn't pause when his adviser at Deutsche Bank suggested a peculiar deal with death. The "db Kompass Life" fund buys up life insurance policies of Americans and assumes responsibility for paying their future premiums. When a policyholder dies, the entire payout from the policy goes to the fund. And since everybody dies, it would seem to be a fairly crisis-proof investment.

Soballa and his wife together invested €16,000 (about $23,000) into the fund. In 2007, they received a small dividend. Since then, the Bavarian couple has received quarterly statements -- all of which notify him that "unfortunately, there will be no dividend payments this quarter." So, it would appear that bankers' betting on the demise of anonymous Americans hasn't born much fruit.

Many thousands of investors have had similar experiences. Since 2005, Deutsche Bank has taken in €500 million ($720 million) from clients for its db Kompass Life I and II funds. But, now, huge losses are on the horizon.

"At the Deutsche Bank branch, they told me it was a booming business," said a 50-year-old executive assistant who was looking to securely invest a severance payment for her retirement. Today, she is worried about her savings. In a call to the fund's public service representative, she was informed "promptly and unequivocally" that her contract also stipulated the possibility of a total loss -- a warning that's pretty well buried in the small print of the sales prospectus.

But how can that be? Returns ostensibly only depend on the life expectancy of the original policyholder, which should be a fairly simple statistical variable. Still, the fact is that, since the funds take over entire policies, they have to pay monthly premiums for the duration of each and every one of them. A life insurance policy pays out only once the insured person has died. But, until then, there are only costs.

The real issue is related to the fact that the insured aren't dying as fast as they were expected to. Apparently Deutsche Bank, like many other providers, relied too much on medical experts and statistics for the United States.

When Deutsche Bank launched these funds, the market was still in the grip of great euphoria. In Germany alone, investors poured about €2 billion ($2.87 billion) into such enterprises in 2004 and 2005.

But it didn't take long for disillusionment to set in. Many providers couldn't generate the yields promised in their prospectuses. For one thing, many of the insured simply lived longer than expected. For another, buying up policies became more and more expensive due to high demand. Also, a change in the law made American life insurance funds taxable in Germany for the first time.

As early as 2005, the Sachsenfond, a subsidiary of the Sachsen LB, the now-dissolved bank of the state of Saxony, pulled its product from the market. But other institutions have kept on hoping and stuck with their investments. Just this year, WealthCap, for example, a subsidy of HypoVereinsbank, launched its fourth US life insurance fund after its other products beat expectations.

Even Deutsche Bank is getting back into the business, as well. In 2008, it launched a third Life Kompass fund, though it has been structured somewhat differently, which collected investor funds in two tranches, one of $100 million and the other of $144 million.

Still, when it comes to the other two funds, things haven't gone so well for investors, and only the bank itself has turned a profit from them. One fund -- db Kompass Life I -- netted the bankers €32 million ($46 million). For instance, they figured on "fund structuring" fees of 3.485 percent. And the bank took 9.5 percent up front in equity capital brokerage fees.

The structure of the product is so complicated that even experts don't understand it. The Kompass Life funds were structured by London-based bankers for Deutsche Bank, who apparently put their own profit above all else. With things just too far above their heads, investors chose to simply rely on the judgment of their advisers. In essence, the lion's share of the risk was palmed off on investors, while financial managers raked in a buck.

Investors in the db Kompass Life I fund financed the purchase of life insurance policies with total maturity payments of $770 million. Through the end of January 2009, a total of three policies had paid out, bringing in about €20 million ($29 million). But, as investors were tersely informed, the money was "applied to the advance payment of premiums and other costs."

At the moment, time is of the essence: The funds will reach maturity in 2015, when Deutsche Bank's London-based operation must buy back the remaining life insurance policies from investors at 80 percent of their purchase price. "Through the payment of this sum, which is considerably smaller than the maturity payments of these policies, investors would incur financial losses," the prospectus notes.

But, now, investors are slowly beginning to revolt. "In what dark alleyway have my savings been hidden?" an e-mail from one investor reads. Another writes: "I now have a very bad feeling that I'll never see my €10,000 again."

One of them -- who prefers to remain anonymous -- wants to call a special shareholders' meeting to launch an independent inquiry aimed at looking into whether Deutsche Bank was negligent in how it calculated the funds' value at the time they were launched. But there's just one problem: To call such a meeting, you first have to know who to call. And the only entity that has such information -- the names and addresses of the co-investors -- is the fund administrator itself.

The anonymous investor has been pestering the fund administrator to release this information for months, but the fund has refused to do so, claiming that data-privacy protection laws don't allow it to. In the end, though, the fund sent out a letter to all the investors saying that one of the fund's investors had taken "the occasion of the fund's current economic development" to request that he be given their personal information. Dozens of co-investors then contacted the anonymous investor directly. Together, they have employed the services of a lawyer and launched a Web site.

The lawyer, Karl-Georg von Ferber, agreess that the fund's prospectus spells out the investment risks rather thoroughly. But, he argues, the document gives rise to the impression "that it's all just about statistics and actuarial mathematics."

It's probable that many of the investors just took a cursory glance at the description of the highly complicated products. Soballa, the physician, for one, will admit to this. At the time, he says, he was just putting his faith in the strong reputation of his bank -- and his financial adviser. "He seemed very reliable," Soballa says. But it just might be the case that, when it came to these funds, the banker didn't really know what he was talking about. 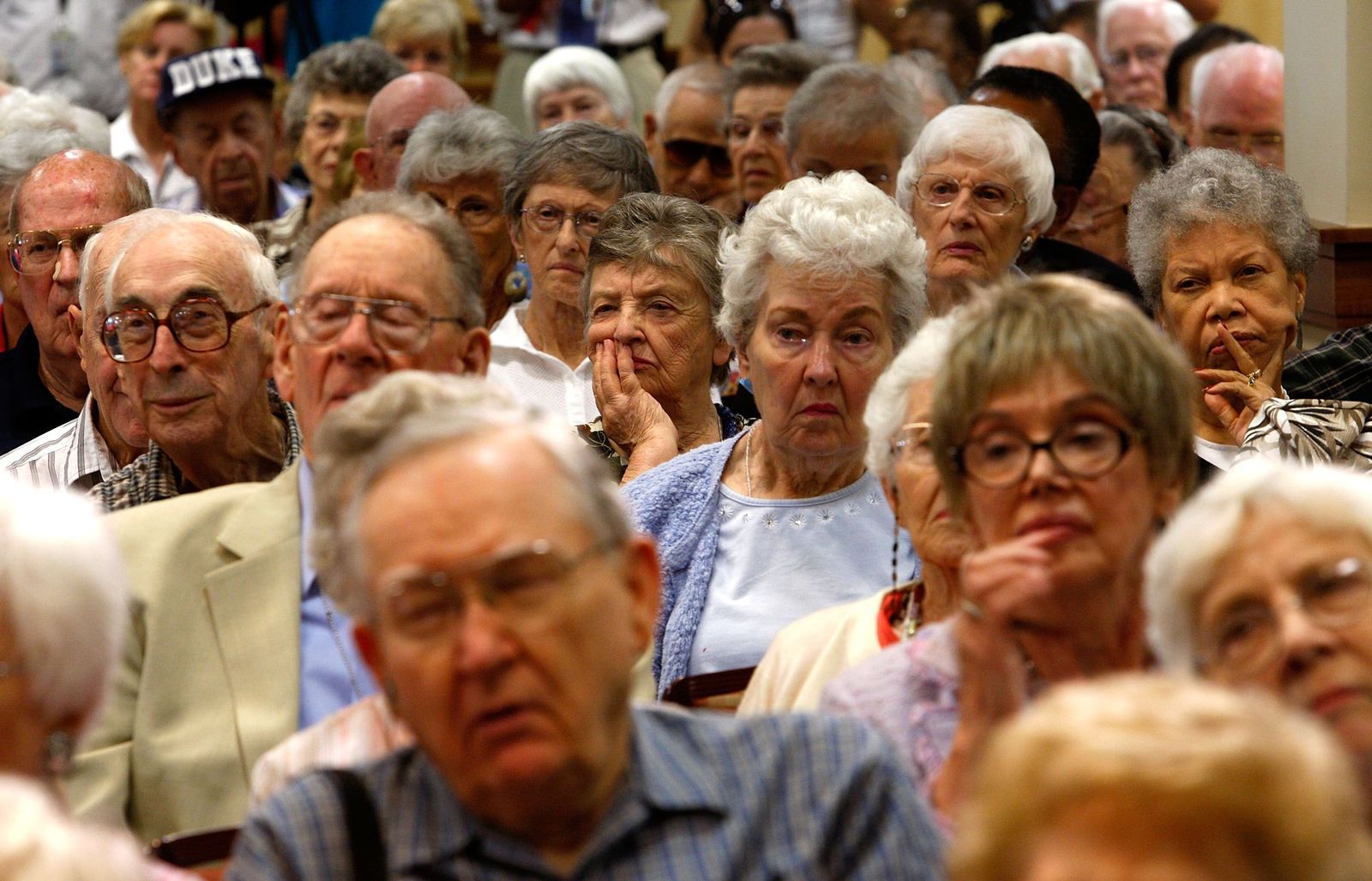 German investors might have calculated wrong when betting on how fast Americans will die.