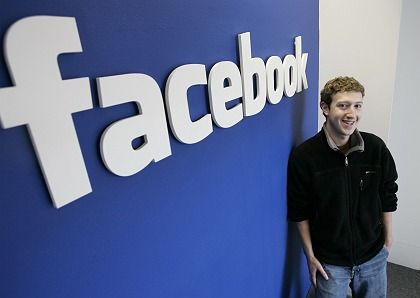 The Samwer brothers have now taken a stake in Facebook.

The founders of Jamba are acquiring a stake in the Facebook social networking website. In addition to Microsoft and Hong Kong billionaire Li Ka Shing, the Samwer brothers are now the third group of investors to acquire shares in the platform.

Facebook competes with German student network StudiVZ, which was developed with the Samwers' financial backing. The US company made headlines last spring when it opened itself up to outside developers, who can now program applications for Facebook. The platform, originally designed for college students in the United States, has grown rapidly since it was launched in 2004.

Despite Facebook's success in the US, StudiVZ, together with its subsidiary SchülerVZ, remains the undisputed market leader in Germany. The Samwer brothers were once investors in StudiVZ but have since sold their shares to the Holtzbrinck Group.

"This makes us, next to Microsoft in the United States and Li Ka Shing in Asia, Facebook's key partner for its expansion in Europe. We are very proud of this and have great expectations for our investment," Alexander Samwer told SPIEGEL ONLINE. Citing confidentiality agreements, he could not specify the exact sum of the investment.

Samwer did say, however, that the investment is "significant" but not quite as big as Microsoft's share. The Redmond, Washington-based software maker paid $240 million to acquire a 1.6-percent share of Facebook last October. SPIEGEL ONLINE will feature an extensive interview with Alexander Samwer shortly.

Facebook currently has about 60 million members, with close to 60 percent of that figure apparently living outside the United States. According to Facebook, the platform currently receives an average of 200,000 new registrations a day.

"No company since Google has changed user behavior on the Internet as much as Facebook has," Oliver Samwer said in a press release. The three Samwer brothers, Oliver, Alexander and Marc, earned their first millions when they sold the online auction house Alando to eBay for more than $50 million in 1999. They later founded Jamba, a company that produces ring tones for mobile phones, and then sold it to VeriSign for more than $270 million in 2004.