Experts considered the idea of using laptop computer batteries to power a car laughable at best -- until the car turned out to actually work, sending shock waves through the industry.

Tesla, a Silicon Valley startup company, first presented its whimsically designed electric sports car in the summer of 2006. The car body was made by Lotus and power for the engine came from 6,831 standard small batteries, bundled together into a high-voltage packet that allowed the car the same bursts of speed as a Porsche.

Now, the same construction has caught on at both Toyota and Daimler, two of the world's most famous car manufacturers. Both companies hold shares in Tesla and buy batteries and control technology from the Californian startup for small production runs of passenger cars.

Mercedes-Benz will start production this fall on a series of 500 cars in an electric version of its A-Class. The car floor contains two rechargeable Tesla batteries, each constructed from 1,960 individual batteries. These provide the vehicle with enough power to reach speeds of 150 kph (95 mph). The car has a range of about 200 kilometers (125 miles) on a single charge, if driven at a moderate pace.

It seems surprising that Daimler would really need Tesla to accomplish this, but at the moment, apparently, it does. When Thomas Weber, Daimler's head of research, made the decision to buy shares in Tesla last year, he was bombarded with opposition from the company's top managers. Still, Weber stuck to his plan. "I don't want to hear what's bad about it now," he declared. "I want to know what's good."

And nowadays, Weber can clearly see what's good about his decision. Tesla's trump card is the speed with which it implements decisions and carries out projects -- the prototype electric A-Class was road-ready in just four weeks.

The electric automobile pioneers from California are putting proven technology to use. Their small batteries -- currently provided by Panasonic -- have a long history of practical use and their performance is easily calculated. This method was the easiest way to apply lithium-ion technology, already well established for small appliances, to cars as well.

The company also possesses a respectable body of knowledge in the field of control electronics. Its founders and backers include some of the biggest names in the computer industry, among them the formidable search engine experts at Google. By its own account, Tesla has sold 1,200 sports cars, which have become a cult item among celebrities in Hollywood.

It wouldn't hurt if a bit of that cool factor rubbed off on the two staid carmakers. Toyota, still reeling from the trauma surrounding allegations of stuck accelerator pedals, has a serious acceptance problem in the US. Banding together with Tesla could help the company win favor again. The Japanese company plans to introduce a small electric SUV using Tesla batteries by the end of the year.

Still, it seems highly unlikely that Toyota is actually dependent on Tesla's help. The company pioneered hybrid vehicles and has the world's most extensive experience with electric engines. Panasonic, which supplies Tesla's battery cells, has long been Toyota's development partner. It stands to reason that the new cooperation must be driven by marketing concerns.

Price is the Problem

Meanwhile, Tesla technology is also helping to overcome a dry spell at Daimler. The German automaker has had its own battery development in the works for some time and plans to start manufacturing more efficient flat cell batteries two years from now, together with the German battery producer Li-Tec. It will then use these to launch a larger production run.

Jeffrey Straubel, Tesla's chief technology officer, considers his company a match for the competition. "Compared to Li-Tec, we have something that's much more production mature," he says, "and I think we have a much more competitive cost point right now."

Still, Tesla's prices can't be all that low. The electric A-Class will be available for rental only, at an estimated monthly fee of more than €1000 ($1,300). The car is far too expensive for the mass market.

In other words, Tesla's economic success is still lagging behind its PR success. Tesla CEO Elon Musk has generally proved to be a virtuoso in predicting breakthroughs, while investors -- himself included -- continually upped the ante. And he believes selling sports cars is a profitable business.

At the moment, though, massive investments in a planned electric Model S sedan are causing some stress on the company's budget. The Model S, slated for production in a former Toyota factory in Fremont, California, starting in 2012, raises some further questions. For example, what is the point of an electric sedan that isn't able to cover long distances?

In a recent article on Tesla, the New York Times quoted a financial adviser, Scott Sweet, who said Tesla "eerily reminds me of the DeLorean." John DeLorean, a former General Motors vice president, left GM to found his own company, releasing a stainless steel sports car with a shiny exterior that called to mind freshly polished kitchen appliances. The company quickly went bust.

Musk rejects the comparison. Unlike his product, the Tesla CEO asserts, the DeLorean "was not a great sports car." 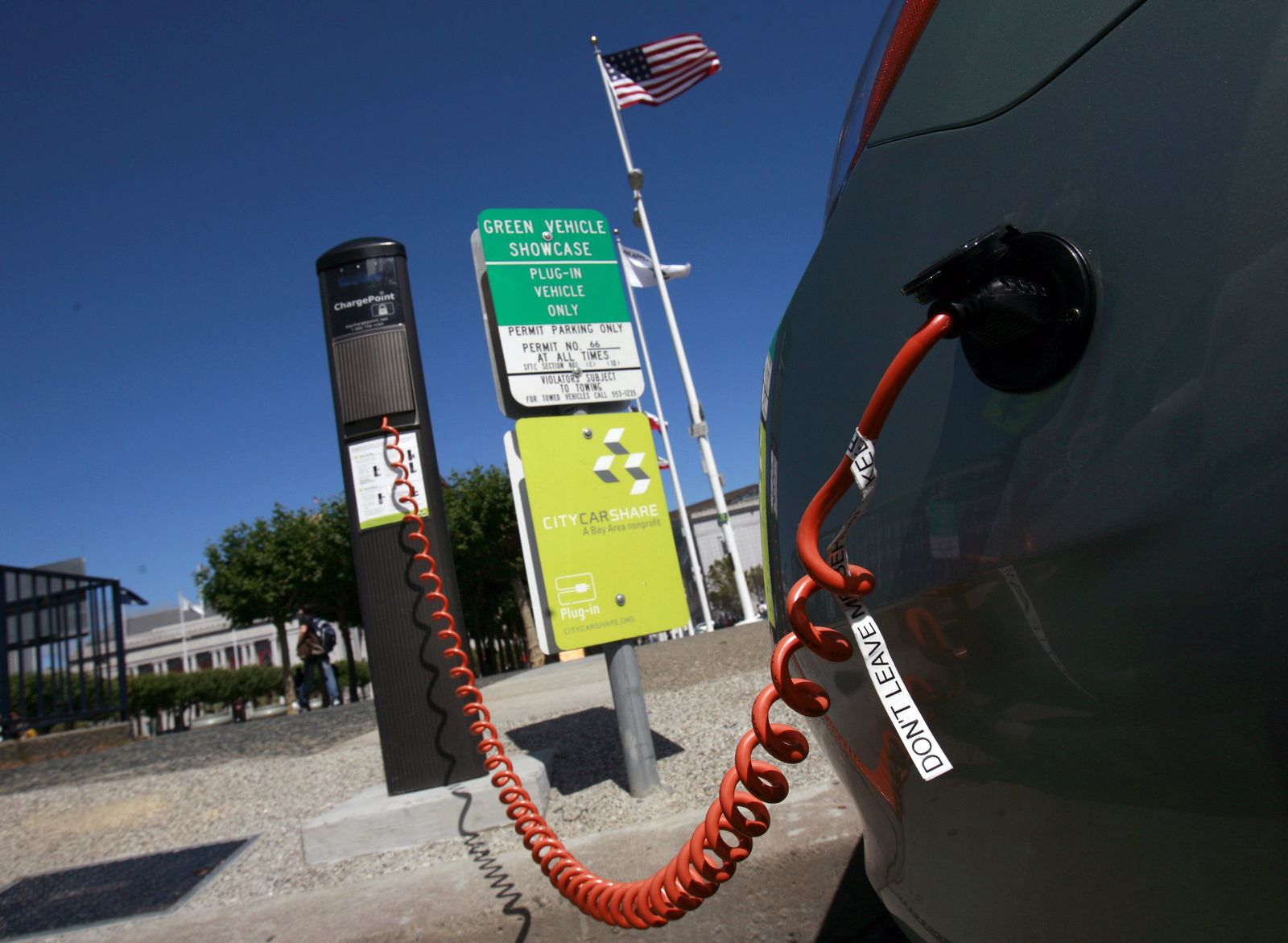 A new fleet of e-cars is nearing the starting line.