The "Facebook of the East" is located in St. Petersburg, in the finest building along Newski Prospekt, a boulevard packed with stunning architecture. Pavel Durov, the 28-year-old founder and CEO of VKontakte, moved into the Art Nouveau building with his team in 2010. The social network, now known simply as VK, currently has some 200 million registered users, most of them in countries that used to make up the Soviet Union.

The ceilings may be adorned with chandeliers, but otherwise the atmosphere is just like that at any Silicon Valley company: Bean bags are scattered across the hardwood floor, while programmers -- one as young as 16 -- walk around in sneakers. In their spare time, they use a crossbow to shoot at a doll.

But now Durov and his company have been targeted themselves. In mid-April, leather-clad detectives searched both VK's corporate headquarters on Newski Prospekt and the founder's apartment. They also confiscated servers. Prior to this, an investor instigated an attempted hostile takeover of the platform. Durov thinks the would-be buyer is a Kremlin front. VK's founder has now left the country, and Russian media reports have been filled with doubts he will return. After all, the young entrepreneur is a thorn in the side of President Vladimir Putin's efforts to keep a tight grip on the Russian Internet.

Russian companies like VK and the search engine Yandex have successfully held their own for years against competition from American giants like Facebook and Google. They are the market leaders on their home turf, and have plans to expand. In 2012, VK sought -- albeit unsuccessfully -- to invest in StudiVZ, a once high-flying German social network.

However, the vastly successful platforms are endangering the Kremlin's opinion-making monopoly. Channel 1 of the state-controlled television network reaches an average 19 million Russians. Yandex is used by 23 million people every week, while some 47 million Russians exchange messages on VK every day.

But VK founder Durov stood firm. "We're still up," he tweeted. He was summoned by state prosecutors, but never showed up. The police rang his doorbell, but he didn't open up.

Durov is stubborn. He has a penchant for the science fiction trilogy Matrix, dresses in black like the movie's cyber-rebel hero Neo, and lives ascetically. He neither drinks nor smokes, and VK refuses to run adverts for tobacco or alcohol. Durov despises compromise, calling it "worse than any alternative." That's good for his site, which consequently isn't overloaded with advertising the way Facebook is.

Nevertheless this rage-against-the-machine attitude could come back to haunt the company. Durov has few allies, yet many powerful enemies. He's always kept his distance from the noisy capital, Moscow, and its cliques. When a Russian Internet company tried to acquire VK, the young entrepreneur simply tweeted a photo of his outstretched middle finger in reply.

The Kremlin finally got its foot in VK's door when Durov fell out with two founding partners. In mid-April, they sold their shares in a clandestine manner to 38-year-old Ilya Sherbovich, a businessman rumored to be a Kremlin agent. Reports in the Russian media have speculated that Sherbovich's companies also played a part in the nationalization of petroleum company Yukos, whose founder, Mikhail Khodorkovsky, has languished in prison since 2003 on tax fraud charges.

Sherbovich's involvement with VK was preceded by a media smear campaign that claimed the social network's managers had tried to ingratiate themselves with the Kremlin. A police officer interviewed on television said Durov had run him over in a company car, although there is no evidence that the incident ever took place. Durov calls such tactics "precautionary artillery fire."

Last week, he was summoned to meet state prosecutors to discuss the alleged accident. Durov didn't go. Instead he left the country. He won't say where he is, nor what his plans are.

Durov now risks losing control of VK altogether. He currently owns no more than 12 percent of shares. Forty percent of the company is held by steel magnate Alisher Usmanov, Russia's richest man, whose fortune is estimated to be valued at $18 billion. The oligarch long supported the young entrepreneur, even transferring his voting rights to Durov. But Usmanov is the VK founder's polar opposite: He's never publicly defied the Kremlin, and he even sacked the editor-in-chief of one of his newspapers for being overly critical of President Putin.

VK's developers are likely to stand by their CEO, and they will probably go with him if he leaves the project. The Kremlin would be in control, but VK would fold. Durov seems prepared for this eventuality. "The truth is that we don't own a thing," he told his biographer. "We must be ready to lose everything." 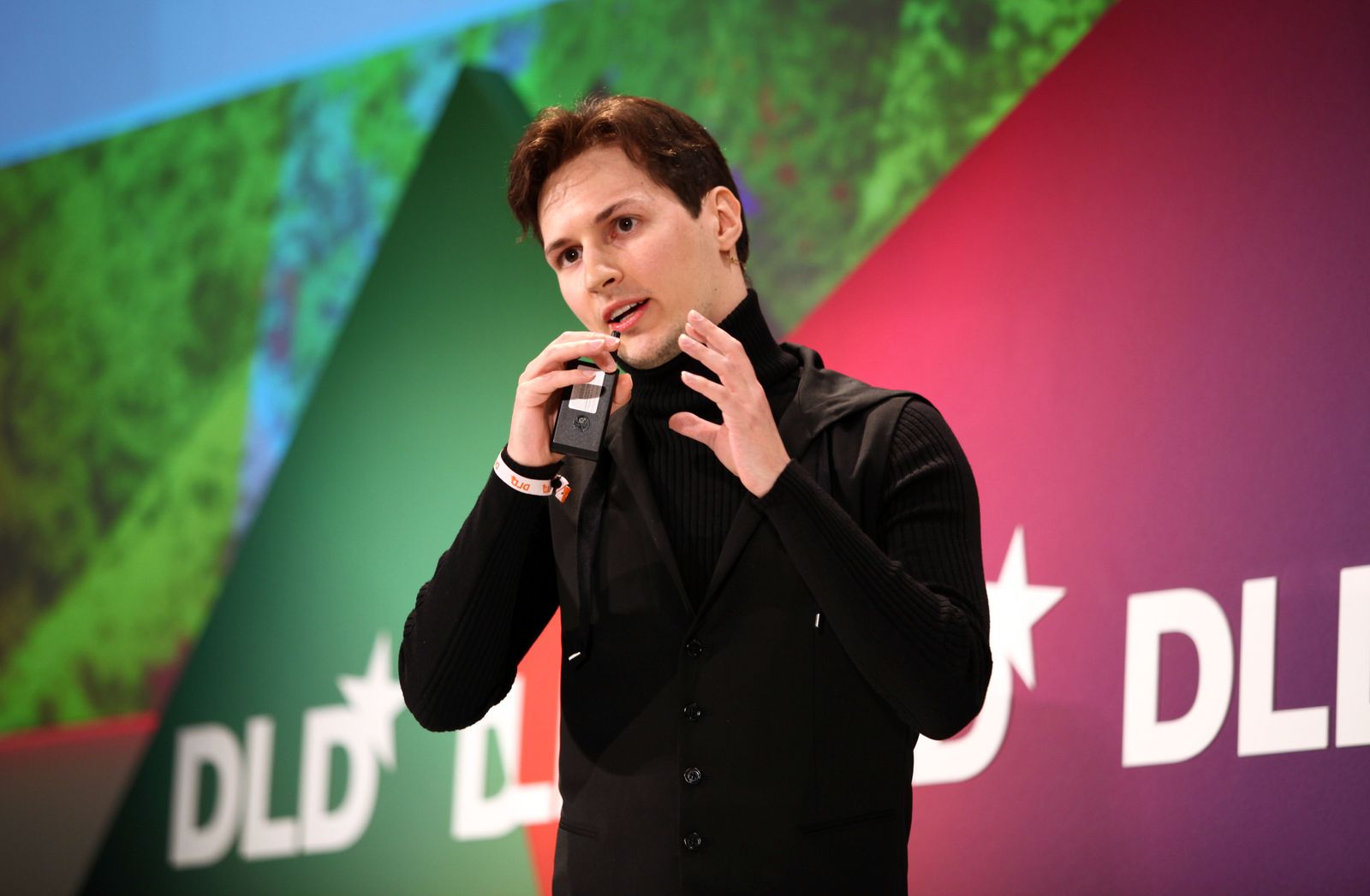