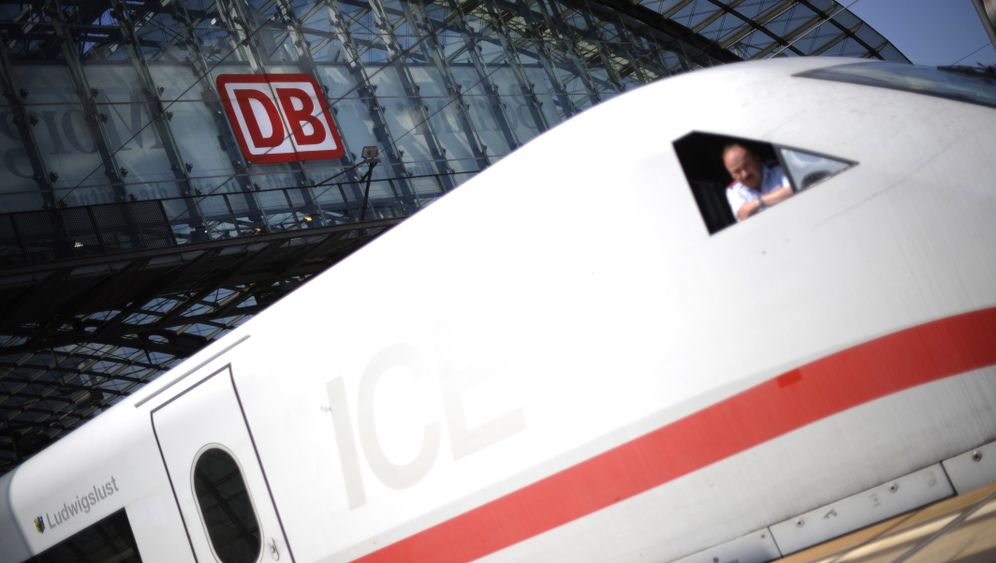 When German Transportation Minister Peter Ramsauer speaks before the transportation committee of the German parliament, the Bundestag, on Wednesday, he will likely get a frosty reception. Only about 67 percent of freight trains departed on time in December, and only around half arrived on time. The situation was hardly any better in the passenger rail system, with about a third of trains arriving late, some by several hours.

Those are some of the facts included in the Transportation Ministry's winter report that Ramsauer will present to lawmakers on Wednesday. The document also relates that trains throughout Germany got stuck, tracks were frozen and passengers were delayed for hours and not provided with any information. The railroad's image suffered tremendously as a result. Based on Ramsauer's winter report, it is clear that no one associates Germany's national railroad operator Deutsche Bahn with on-time operation and reliability these days. The chaos that struck Berlin's commuter rail network -- which is operated by a Deutsche Bahn subsidiary -- caused even more damage to the state-owned railroad's reputation.

The winter has forced issues onto the agenda that politicians and Deutsche Bahn prefer to ignore: the company's structural problems and the consequences of the failed attempt to privatize Deutsche Bahn.

The minister knows that he cannot simply assign all the blame to the railroad. Its owner, the federal government, must address the question of how much blame it shares for the disaster, and what's next for Deutsche Bahn.

A Vote of No-Confidence

Until now, Ramsauer, a member of the conservative Christian Social Union (CSU), the Bavarian sister party to Angela Merkel's conservative Christian Democratic Union (CDU), has not exactly been known for his creative policies regarding the railways. His biggest concern was to make train announcements easier to understand, by getting rid of unnecessary Anglicisms in the German.

But the package of reforms Ramsauer now plans to unveil is practically a vote of no-confidence in railroad policy to date. The long-planned privatization of Deutsche Bahn is now off the table. Instead, the minister wants to ensure that there is more competition on the rails, and that Deutsche Bahn invests more of its profits in maintaining tracks and stations.

Members of parliament with the governing coalition parties, the CDU, the CSU and the pro-business Free Democratic Party (FDP), are even considering more far-reaching steps, which they intend to discuss with Ramsauer this week. They involve Deutsche Bahn focusing on its core business in the future and divesting itself of other businesses at home and abroad. The plans would transform the company back into a streamlined national railroad.

Conflict seems inevitable, and not just with Deutsche Bahn CEO Rüdiger Grube. Chancellor Angela Merkel (CDU) is also unlikely to be supportive of this new momentum on an issue that has been deadlocked for years. Under the previous "grand coalition" government of her CDU, the CSU and the center-left Social Democratic Party (SPD), Merkel herself had advocated the railroad going public. Instead, Ramsauer plans now involve a rollback of transportation policy.

In December 1993, the Bundestag voted to reform the German railroad system. The national railroad, known as Deutsche Bundesbahn until then, was reincarnated as DB AG, turning an official railroad transportation authority into a company. As part of the modernization efforts, conductors were renamed "train attendants" and ticket counters were given the English-sounding name "Service Point." Lawmakers wanted to turn Deutsche Bahn into a modern company and make it fast and convenient. They even wanted it, unlike its bureaucrat-run predecessor, to make money.

The new DB AG began gathering speed in 1999, shortly after the election victory of then-Chancellor Gerhard Schröder and his SPD/Green Party coalition. Schröder brought in former airline industry executive Hartmut Mehdorn as CEO. Mehdorn completely transformed the business, with the goal of reshaping the railroad into an international logistics group -- and eventually selling it to investors. The federal government hoped to reap billions in profits from the initial public offering.

The new direction, oriented as it was toward maximizing earnings, came at a high price. Unprofitable routes were shut down, secondary tracks and stations went to seed, trains were serviced less often, and cars and locomotives that had been kept in reserve for years, now considered barren capital, were either scrapped or sold at a loss to foreign buyers.

Ever since the winter-related railway chaos of recent weeks, the consequences can no longer be ignored. For politicians with responsibility for rail transportation, it presented a dual problem. On the one hand, they were forced to recognize that they had been too careless in putting their trust in railroad executives. On the other hand, it became clear that by enacting the 1994 reforms, they had essentially washed their hands of rail policy.

That will now change.

A Departure from Privatization Plans

Minister Ramsauer is having a senior Transportation Ministry official, State Secretary Klaus-Dieter Scheurle, develop a list of proposals on how the railroad can become a reliable means of transportation in Germany once again -- as Article 87 of the country's constitution stipulates. The undertaking, described internally as the "Railroad Package," will be presented to Deutsche Bahn management in the coming weeks. The Transportation Ministry does not intend to intervene in the day-to-day operations of the company, however.

Initial talks are already underway with Deutsche Bahn management. Although the railroad has declined to comment on the process officially, there is considerable agitation at Deutsche Bahn headquarters. After all, the plan the experts at the Transportation Ministry are putting together suggests a paradigm shift in railroad policy.

In the future, for example, it will be more difficult for Deutsche Bahn to divert government funds for maintenance of the track network into other business segments, such as investments abroad. In addition, there will be a clearer separation between the budgets of individual divisions.

"Track fees should be invested in the rail infrastructure, if possible," said a source within the ministry, referring to revenue Deutsche Bahn receives from allowing its private competitors to use the rail network. In doing so, Ramsauer's experts hope to ensure that Deutsche Bahn will not lack the funds it needs, despite the billions it receives in government subsidies, to invest in tracks in the future. "We will create a track financing cycle," says Scheurle.

His team also plans to strengthen the Federal Network Agency, which monitors competition in the railroad business. The agency is to be given more control over the prices that Deutsche Bahn subsidiary DB Netz charges when private competitors use the company's tracks. This is intended to promote competition, as stipulated in the 2009 coalition agreement between the CDU, CSU and the FDP.

The possible scenarios that transportation policy experts in the governing coalition are currently exploring go even further. They are unlikely to go down well with Deutsche Bahn CEO Grube, as they amount to nothing less than a departure from the previous privatization plans.

Until now, it was expected that the entire railroad, with the exception of the track network, would be privatized. Although the plan was called off after the financial crisis, the current administration was fundamentally opposed to cancelling the IPO plans altogether.

Following the winter debacle, coalition politicians are now questioning the privatization of other segments of the railroad company. In addition to the network, they also want the profitable transportation segment to remain in government hands. "We see no prospects for a privatization of the core business," says a source within the coalition government.

The new plans only call for privatization of the logistics division, which consists mainly of the logistics company Schenker, and Deutsche Bahn's international holdings, such as the British-based transport company Arriva.

The plans amount to a minor revolution. In the future, DB Netz in particular will operate far more independently of its parent company. Until now, Deutsche Bahn has kept DB Netz, which runs the lucrative monopoly consisting of the track network and train stations, on a short leash by means of a profit and loss transfer agreement, with all profits going to the holding company.

The advantage of a stricter separation of finances is obvious: Profits earned by DB Netz could be reinvested in the rail network. The company could even take out loans and thus bolster its investments in infrastructure.

If the plans become reality, it is already clear who one of the losers will be: German Finance Minister Wolfgang Schäuble, who has included €500 million ($670 million) per year from Deutsche Bahn's profits in the national budget.

This has long been criticized. "Given the current underfunding of infrastructure, it is preposterous for the finance minister to say that we want a €500 million annual dividend for the budget," says Martin Zeil, a member of the FDP and the economics and transportation minister for the state of Bavaria.

Now Zeil could very well get his way. If the Transportation Ministry plans are implemented, the state-owned company is unlikely to be distributing profits. 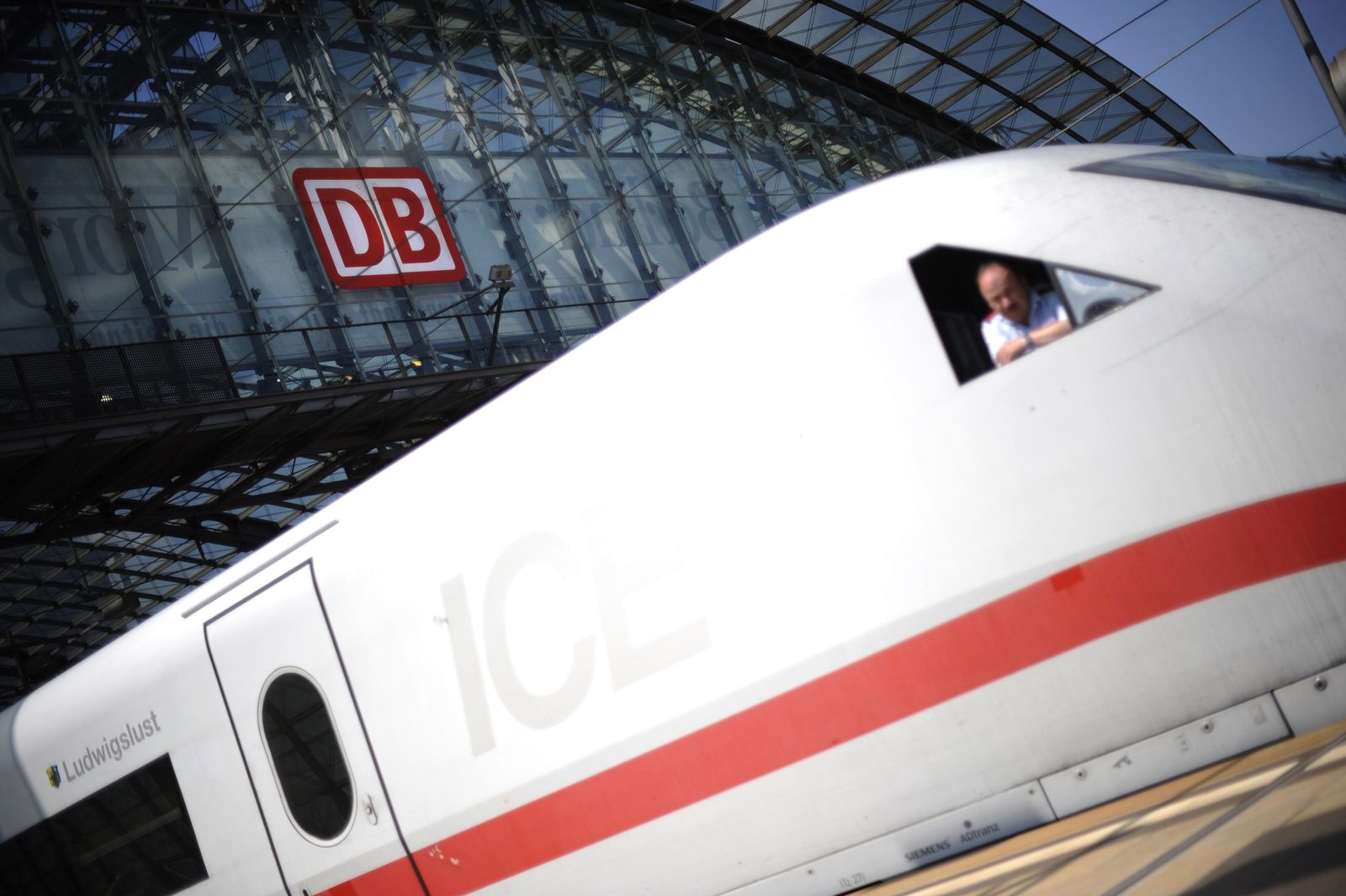 In the wake of winter-related chaos on Germany's railroad system, Transportation Minister Peter Ramsauer is planning far-reaching reforms to Deutsche Bahn. A long-planned privatization looks likely to be watered down, and more money will be made available for infrastructure investment.