Norway has had a quota for years. Since 2003, the law has mandated that 40 percent of executive management board members in companies listed on the country's stock exchange be women.

Recently, others have following suit. Earlier this month, the French parliament approved a law similar to the Norwegian regulation and gives companies six years to comply. Spanish firms have until 2015 to hit the 40 percent mark. Even the World Economic Forum introduced a quota this year, requiring at least one of five delegates from the event's top sponsors to be a woman.

Suddenly, the idea of mandating the kind of gender equality many companies in Europe have failed to achieve on their own is gaining steam. The Netherlands is working on a law that would mandate a 30 percent share of women on management boards. In Germany, a recent study highlighted the lack of females in German boardrooms and kick-started a debate on quotas that is just now gaining steam. And in Brussels, the European Union looks to be making good on a threat made last year to introduce mandatory minimums if voluntary measures don't work.

"I am open to the idea of introducing Europe-wide quotas for women, for example in the boardrooms of publicly traded companies," European Commissioner of Internal Markets Michel Barnier told the Süddeutsche Zeitung newspaper on Monday.

Bottom of the Barrel

Barnier told the Munich paper that his office was currently working on a concrete proposal to be introduced in April. He declined, however, to comment on specifics or what percentage such a proposal might include.

The government of Chancellor Angela Merkel in Berlin is likewise in the process of formulating a draft law and hopes to present it by the end of this year. Labor Minister Ursula von der Leyen envisions a plan reserving 30 percent of leadership positions at top German companies for women.

"We need to initiate a broad debate on the idea of female quotas and then we must draw consequences," von der Leyen told SPIEGEL in an interview published on Monday. "When it comes to the presence of women in positions of leadership in the German economy, we are near the bottom in international comparisons."

Even if women have become much more present in Germany's political leadership in recent years -- five of 15 positions in Merkel's cabinet are women, in addition to the chancellor herself -- the situation in the top echelons of German companies is grim. According to a study released earlier this month by the German Institute for Economic Research (DIW), just 2.2 percent of leadership positions at Germany's top 100 companies are women -- a mere 11 out of 490.

Ten years ago, the German government reached a voluntary agreement with companies to increase the number of women in leadership positions. Since then, however, changes have been little more than "homeopathic," said Elke Holst, who co-authored the DIW study.

Von der Leyen was even less diplomatic. "The agreement has been an abysmal failure," she told SPIEGEL. "Almost nothing has changed for women."

Still, the introduction of a quota in Germany is not free of controversy. The voluntary agreement reached 10 years ago was designed as a way to dodge a law proposed by then-Family Minister Christine Bergmann. And even if several political parties in Germany -- including the Greens, the center-left Social Democrats and, recently, the Christian Social Union, the Bavarian sister party to Merkel's Christian Democrats -- have come out in favor of a legally mandated quota, some in the CDU, of which von der Leyen is also a member, remain skeptical. Merkel's business-friendly coalition partners from the Free Democrats are likewise unimpressed. And even Merkel's 33-year-old Family Minister Kristina Schröder, a member of the CDU, is skeptical of the idea.

That, though, says von der Leyen, is to be expected. Many young women, she said "have had the experience that they have no trouble in school, at the university and early in their careers. They haven't yet learned that there are two career paths: the one for men with well-marked streets; and the one for women on unpaved roads that not even the navigation device knows." 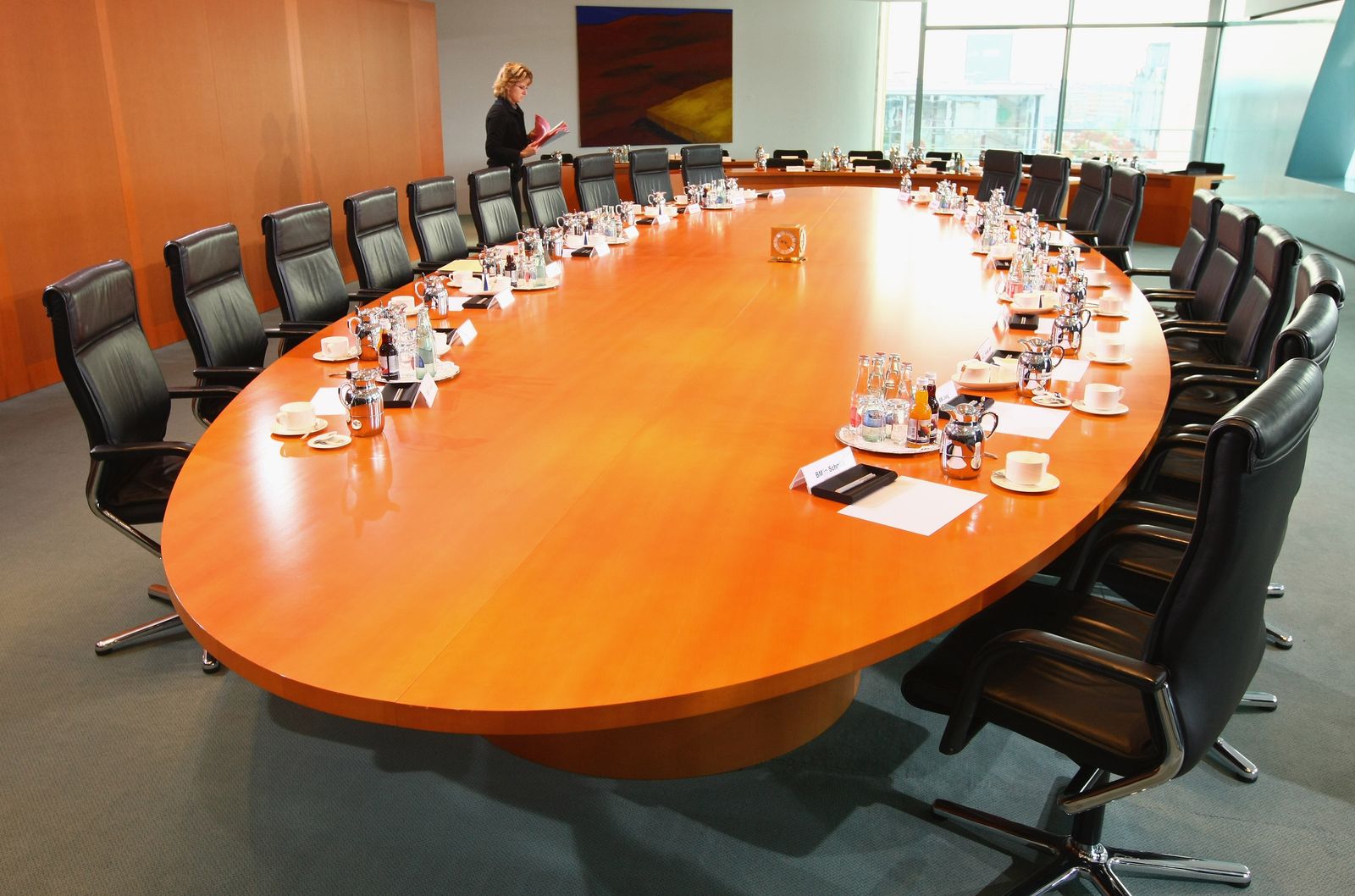 While Chancellor Angela Merkel's cabinet has several female ministers, women tend to be underrepresented in the country's boardrooms.