Around 250,000 German households registered their objections in order to get their homes, apartments and businesses pixelated out of Google's Street View service before it launched in Germany in November. The federal government in Berlin even threatened to impose restrictions on Internet and mobile phone geolocation services if the search engine giant didn't do more to take the privacy of Internet users into consideration. When it comes to services that show homes or any information that could vaguely be considered private, it seems, Germany has become a briar patch for some technology firms.

Planners in Redmond, Washington, it would seem, feel it is trail worth navigating. Microsoft has announced that it will soon offer its own Streetside function in its Bing Maps service. The company said this week that it would begin photographing streets in the cities of Nuremberg, Fürth, Erlangen and Augsburg in the southern state of Bavaria on May 9, with the first images set to go online this summer. The company said it hoped to photograph street scenes of a total on 50 German cities within the next 18 months.

Seeking to prevent the kind of kerfuffle that led to long delays of the introduction of Google's Street View service, Microsoft officials met in advance with industry associations, political representatives and privacy advocates. The company said it would launch a website next Friday that would provide detailed information about the routes its camera cars would be taking as they photograph the cities. The site will also include information for homeowners, renters and business owners. Microsoft executive Olivier Blanchard said all residents would have to do is provide their name and address through the website in order for their homes to be blurred out. 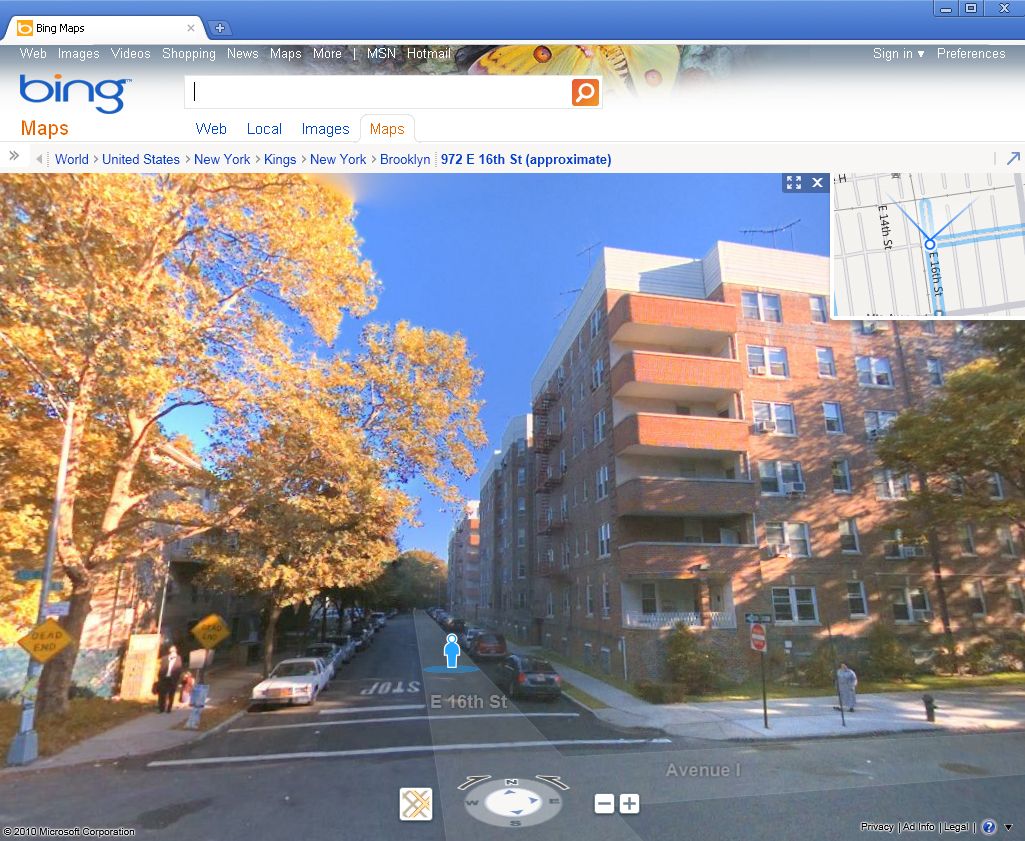 An image of a Brooklyn from the Bing Maps Streetside service. Microsoft plans to introduce its Streetview competitor in Germany this summer.