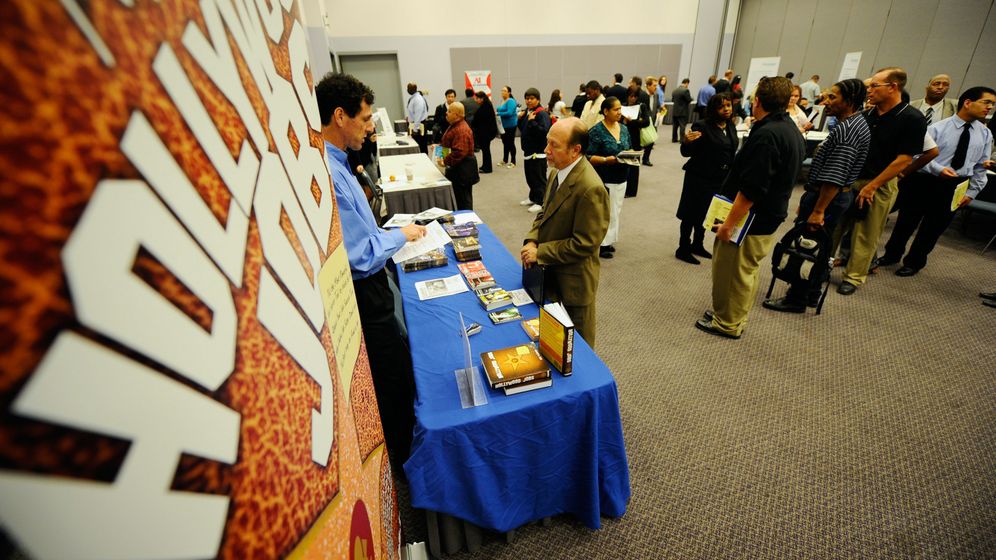 Photo Gallery: 'We Are Pressing too Hard on the Accelerator'

SPIEGEL: Professor Rajan, the tensions between the United States and China are rising, several countries are trying to weaken their currencies. Is this the beginning of a global currency war?

Rajan: This is certainly a skirmish, with countries using different tools to get an advantage. The industrial economies are using ultra-loose monetary policy, while the emerging markets are using currency intervention and capital controls.

SPIEGEL: Where are the risks?

Rajan: The tools they are using will create distortions -- both ultra-loose monetary policy and intervention risk creating excess liquidity and asset price bubbles. If capital is too cheap, we will tend to use it too much. If the exchange rate is too low, we will focus on producing for exports. And if tempers boil over, we could get ugly protectionism.

SPIEGEL: China has kept its currency artificially undervalued against the dollar for years. Are the Chinese using unfair means?

Rajan: It is detrimental to China's development. Undervaluation of the currency is a form of subsidy for export companies. But they are beyond the stage where they need protection because they can already stand on their own feet. So to keep the currency undervalued is creating distortions in the economy, and this is neither efficient nor fair.

SPIEGEL: China, in other words, should increase the value of the yuan?

Rajan: It should, but an increasingly assertive China is likely to take its time doing so. An increasingly impatient US Congress, seeking to outsource the blame for slow American growth, may act. China may make cosmetic moves to fend off action. But matters could escalate. Far better would be for Asian emerging markets to put pressure on China and also accompany that pressure by increasing the value of their currencies in a coordinated manner.

SPIEGEL: How could these currency conflicts be defused?

Rajan: I think this has to do with more than just currencies. It is very convenient for industrial countries to point to currency intervention as the problem, because they are not directly guilty of that. Is it any surprise that China resists an international agreement where the sole focus will be exchange rates? But industrial countries are not beyond reproach on the kind of policies they have been following in recent years. Let us remember where this crisis originated ...

SPIEGEL: ... in the United States when the real estate bubble burst and the financial crisis broke out. So you think the equivalent of the Chinese policy of an undervalued currency is the American policy of cheap money.

Rajan: In some ways, this is a zero sum game because everyone is trying to get at the same sources of demand. We need better global dialogue on a whole gamut of policies, with nothing being taken off the table. But there is no appetite for that.

SPIEGEL: If China allows the yuan to rise, as you suggest, what would the Americans have to do? How should the United States change its monetary policy?

Rajan: There are still hidden fractures that threaten the global economy. The United States papers over it with an extreme degree of stimulus which creates conditions for excessive consumption and investment. We are pressing too hard on the accelerator here. Just look at the interest rates: They remain at a very low level, which is quite unusual. We are witnessing a recovery, but it is a false, unstable recovery.

SPIEGEL: Do the central banks really have a choice? If they raise interest rates, then the economy is likely to fall back into recession. This happened in the United States before, after the Great Depression in 1937.

Rajan: Economists are still debating whether the Federal Reserve Bank was responsible for the slump in 1937 or whether it was the rise of wages, unionization and regulation. I do not propose any overnight increase in interest rates, and certainly not to a high number like 5 percent. That would be irresponsible. I just think that sustained low interest rates are dangerous. They encourage the people to run up debt and to invest in risky assets. We are moving from crisis to crisis.

SPIEGEL: Isn't it too early to think about higher interest rates? The problems are far from being solved. In Greece or Ireland, for example, the situation is still fragile and cause for worry.

Rajan: That's true. But as worries settle down we shouldn't wait too long to start the process of raising rates. Right now, there is not even a debate about whether this is an appropriate idea. People are focused too much on the benefits of low interest rates without considering the costs. The economy is drifting from bubble to bubble. We already made this mistake once, after 2002. There is the danger that we will repeat this mistake.

'There Is Little Appetite for Wealth Redistribution in the US'

SPIEGEL: That sounds as if the easy money from the central banks is responsible for the whole financial crisis. But what about the greedy bankers, the negligent politicians and careless homeowners?

Rajan: You are right, there is really not much use in pointing fingers. This was the breakdown of a system which consisted of many components. These forces are stronger than the influence of single persons, and the forces are still there. We had better tackle the fundamental problems.

SPIEGEL: Could you be more specific?

Rajan: Since the 1980s, technological change has created a need for much better skills and education in the US workforce. The demand for university graduates has grown much faster than the supply. As a result of this mismatch, significant segments of the population started falling behind. Inequality of income and wealth increased.

SPIEGEL: But that has nothing to do with the financial crisis.

Rajan: Politicians gave poorer people access to loans for houses, as a way to make them forget about their stagnant incomes. They supported the acquisition of real estate with the help of Fannie Mae and Freddie Mac. That was a lot easier and faster to achieve than providing the people with education and giving them opportunities for advancement. People got easy access to credit, the house prices were rising, it created a sense of wealth, they borrowed more money and they used it for consumption. And therefore they paid less attention to the fact that their incomes did not rise.

SPIEGEL: Politicians also could have fought poverty by increasing taxes for people who earn more.

Rajan: There is very little appetite in the US for the kind of redistribution that is practiced in many parts of Europe. Moreover, the housing credit boom seemed to be a solution in more ways than one. For instance, it also created employment for the unskilled.

SPIEGEL: With moderate success. The unemployment rate has reached 9.6 percent and 14 million Americans are without a job.

Rajan: Precisely. The stimulus was unsustainable. And we are at it again. At least unemployment isn't 20 percent here like it is in Spain. If it was, there would be a revolution in the US because the safety net is so much weaker. That's why the Fed is under such great pressure to hold interest rates down. In addition, the rest of the world has gotten used to low interest rates. The Americans take their cheap money and buy imports from Japan, China or Germany. This creates an imbalance in global trade which represents another deep fracture for the world economy.

SPIEGEL: Where do you see the dangers?

Rajan: The USA is living beyond its means -- it consumes too much. The Chinese, German and Japanese economies, for their part, are too export-oriented. This is all unsustainable.

SPIEGEL: Should Germany give up its exports-oriented business model?

Rajan: No, I don't think so. Germany has become highly competitive over the last decade, which is good. And it should not become more of a spendthrift. It seems to me more reasonable that Germany should get rid of some constraints.

Rajan: Germany should liberalize certain service sectors -- in small trade, for example, to increase competitiveness and reduce entry regulations. All in all, Germany is doing fine. The unemployment rate is shrinking, leading to higher wages and greater domestic demand. Some economic rebalancing will come from that.

SPIEGEL: In any case, German is no longer the world's leader in exports. That title now belongs to China. Does the People's Republic need to ween itself from its dependancy on exports?

Rajan: The problem with China is that the households earn too little of the national income, and therefore their spending amounts to very little. A lot of income is going to the corporations. They benefit from low taxes, cheap energy prices and cheap prices for land. This has to change, but the Chinese are aware of the problem.

'There Was the Sense of a Certain Hubris'

SPIEGEL: China and India are advancing to become the engines of the world economy, whereas the economies in the old industrialized world have become sluggish. What is the future role of economies like those of the US, France or Germany?

Rajan: The traditional industrial countries have to be prepared for the fact that they will lose their natural advantages. Let me give you an example: When you're working for a fashion company in Milan, you just have to look outside your window to be inspired. But the new customers live far away -- in Shanghai, for example. That's where the demand is and where the designs will soon have to be created. Things will not be as easy in Milan as they once were.

SPIEGEL: So you're saying that Western companies will not only be moving parts of their production abroad, but also services?

Rajan: The central question is this: How can industrial companies serve the demand that is developed thousands of miles away? This is the great challenge for the coming years. I suspect that in such an environment protectionist impulses will get stronger.

SPIEGEL: You already made one very good prediction before, at the meeting of central bankers in Jackson Hole five years ago. They were celebrating Alan Greenspan's term as chairman of the Fed. Then you went onstage and warned of the danger of a looming catastrophic financial crisis. How did the audience react?

Rajan: Alan Greenspans's star was riding high at that point. The question was whether he was the best head of the Federal Reserve in history, or just among the best. Anybody talking about potential problems at such a moment was in fact raining on the parade. In policy circles public disagreement is generally very muted, but the fact that they disagreed vociferously suggested that I had touched a nerve.

SPIEGEL: What did they say?

Rajan: That I was pushing the envelope. That I wanted to take us back in time, before all the innovation. The financial sector, they said, is sophisticated, it could cope with all challenges. There was the sense of a certain hubris.

SPIEGEL: How did you determine that the financial sector was not as stable as it seemed?

Rajan: I saw that banks had become more exposed to risks in their balance sheets. That was surprising because they had sold risky loans with the help of those new, complex products and taken them off their balance sheets. Even so, the central bankers were confident that they could deal with the increased riskiness of banks because they had handled the Russian crisis in 1998, the breakdown of the hedge fund LTCM, and the dot.com bust in 2000. Why, they argued, shouldn't we able to cope with the next crises?

SPIEGEL: It all developed even more dramatically than you were expecting.

Rajan: Yes, because each of the older crises took place outside the mainstream financial system. The credit crisis, however, hit right in the center.

SPIEGEL: Professor Rajan, we thank you very much for the interview.

4 Bilder Photo Gallery: 'We Are Pressing too Hard on the Accelerator'
Teilen Sie Ihre Meinung mit