The sum of overnight deposits at the European Central Bank (ECB) is often considered to be an indicator of the level of fear brewing within the financial sector. The greater the degree of distrust between banks, the more money banks tend to deposit on a daily basis with the ECB, where interest rates are low, but deposits more secure. This week has seen the level of deposits at the ECB's overnight facility rise to close to €412 billion ($538.4 billion) -- the greatest amount seen since the euro's introduction, and representing a single overnight increase on Monday of €65 billion.

The previous record had been reached in the summer of 2010, when banks parked around €385 billion at the ECB.

Normally banks tend to lend any excess funds to each other. By doing so, they can make more money -- especially given that interest rates at banks are currently twice as high as those offered by the ECB. But the interbank market has been disrupted for weeks now, prompting concerns that the credit crunch last seen after the collapse of Lehman Brothers has returned. European banks no longer trust each other because it is unclear to what extent individual banks are exposed to government bonds from countries hit by the debt crisis, and whether those institutions are in jeopardy. Instead, they are turning to the ECB as a safe haven for their money.

In an attempt to jumpstart the interbank market last week, the ECB released nearly €500 billion in liquidity to banks within the euro zone. The custodians of the euro had hoped to strengthen the financial situation of the currency zone's banks with the action. They also hoped that the financial institutions would pass the additional money on to businesses in the form of loans in order to help spur the economy. But instead it appears that a large share of that money has now been parked overnight at the ECB.

Shortly before Christmas, positive economic data from the euro zone and the United States had awakened hope that a recession feared for 2012 might be weaker than some had thought. But the chief economist at Germany's Deutsche Bank, Thomas Mayer, said in an interview this weekend that the fate of the euro would be pegged to developments in Italy.

In an interview with the Frankfurter Allgemeine Sonntagszeitung newspaper, Mayer said the currency's survival would be contingent on Rome. Mayer said he expected Italy to fall into a deep state of recession at the beginning of 2012. "If the country succeeds in pulling itself out of it prior to elections in May 2013, and I expect it to, then Italy will be able to serve as a model for all southern European countries. Otherwise the euro zone will break up," he said.

Mayer is far from alone in this assessment, and this week many market traders are attentively observing what happens with a planned €20 billion auction of Italian government bonds. During other recent auctions, Italy has had to pay high interest rates for credit. Some market observers are speculating that banks may use some of the cheap ECB money in order to purchase Italian and Spanish government bonds, thus causing interest rates on those sovereign bonds to fall. 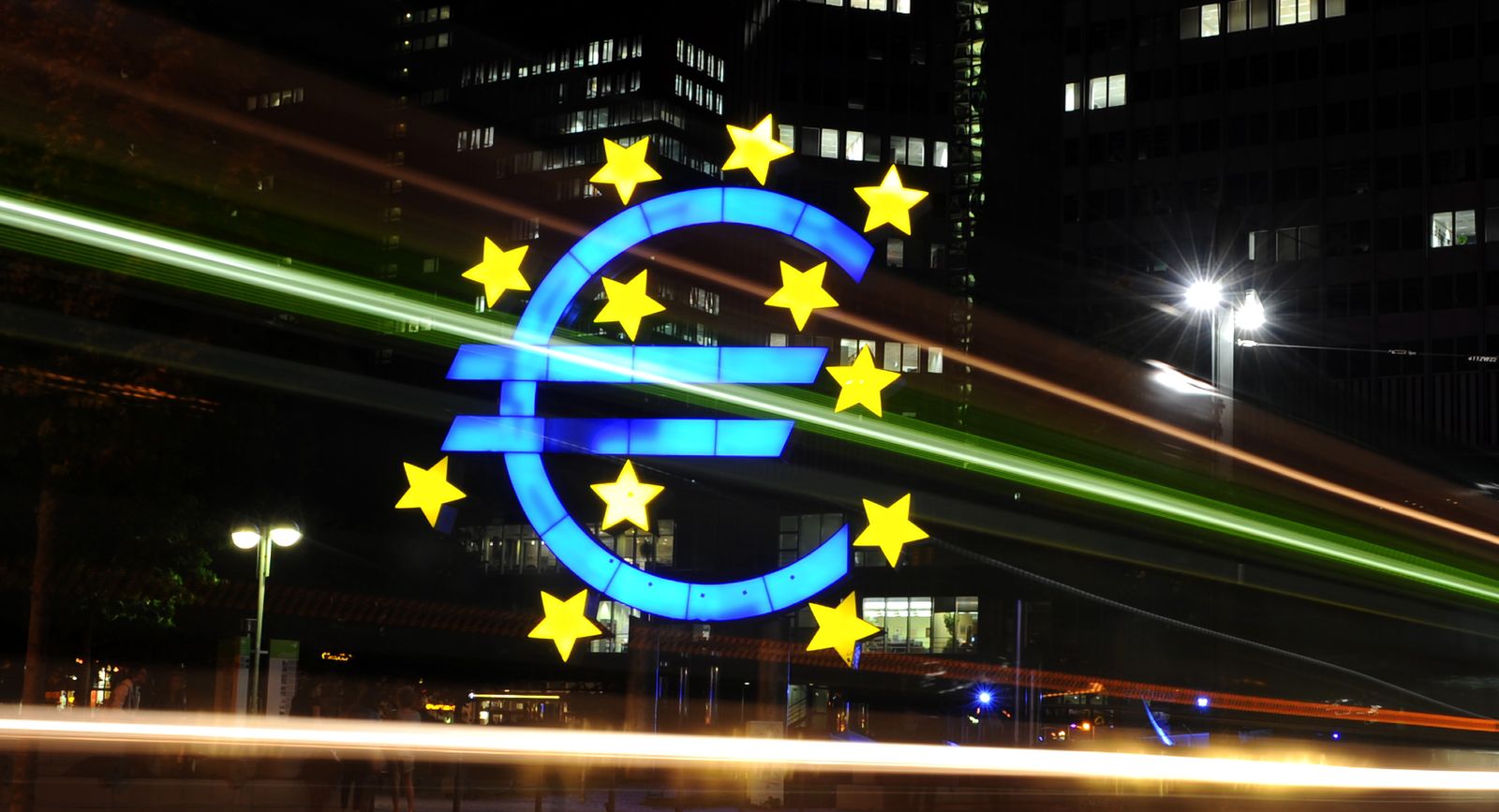 The European Central Bank headquarters in Frankfurt: Last week's action to flood the financial markets with cash appears to have had little effect.