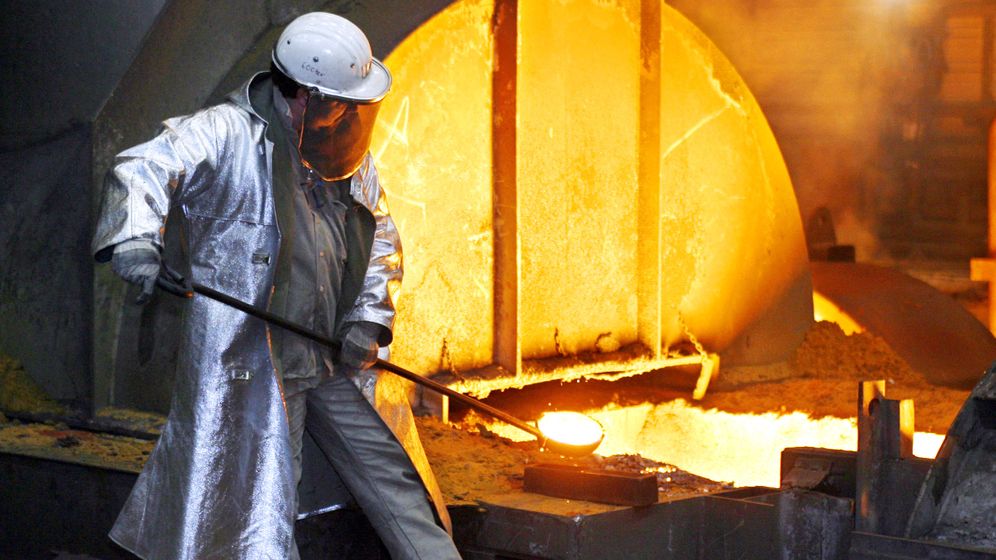 The red signs are still hanging in front of the gate to the steel mill on Oberschlesienstrasse. "Hands off!" they read, or "The Krefeld steel mill must stay!"

But now it's all over. Despite the signs, protests and pickets, ThyssenKrupp, Germany's largest steelmaker, sold its Krefeld stainless steel mill to Finnish competitor Outukumpu two weeks ago. The new owner plans to shut down production by the end of next year, leaving more than 400 workers without a job. The economic loss to this stricken city on the lower Rhine will be significant.

The closing of the Krefeld mill cannot be blamed on low-wage competition from the Far East or mismanagement at ThyssenKrupp's Essen headquarters, but rather on the misguided policies of the German government. That, at least, is the view held by those affected by the closing. Since Chancellor Angela Merkel's government abruptly decided to phase out nuclear energy last spring in the wake of the nuclear disaster in Fukushima, Japan, the situation for industries that consume a lot of electricity has become much more tenuous.

Energy prices are rising and the risk of power outages is growing. But the urgently needed expansion of the grid, as well as the development of replacement power plants and renewable energy sources is progressing very slowly. A growing number of economic experts, business executives and union leaders are putting the blame squarely on the shoulders of Merkel's coalition, which pairs her conservatives with the business-friendly Free Democrats (FDP). The government, they say, has expedited de-industrialization.

The energy supply is now "the top risk for Germany as a location for business," says Hans Heinrich Driftmann, president of the Association of German Chambers of Industry and Commerce (DIHK). "One has to be concerned in Germany about the cost of electricity," warns European Energy Commissioner Günther Oettinger. And Bernd Kalwa, a member of the general works council at ThyssenKrupp, says heatedly: "Some 5,000 jobs are in jeopardy within our company alone, because an irresponsible energy policy is being pursued in Düsseldorf and Berlin."

A Lack of Direction

In macroeconomic terms, the impending demise of heavy industry is all the more worrying, because the job losses will not be offset elsewhere. There is no sign yet of the green economic miracle that the federal government promised would accompany Germany's new energy strategy. On the contrary, many manufacturers of wind turbines and solar panels complain that business is bad and are cutting jobs. Some solar companies have already gone out of business. The environmental sector faces a number of problems, especially -- and ironically -- those stemming from high energy prices.

Meanwhile, the federal government is helpless and seems to lack direction. Environment Minister Norbert Röttgen, a member of Merkel's Christian Democrats (CDU) and Economics Minister Philipp Rösler (FDP) are at odds over key issues. Röttgen is calling for stricter electricity conservation rules, which Rösler opposes. Röttgen had long been opposed to Rösler's demand that solar subsidies be cut prior to this week's agreement to slash such support by up to 30 percent beginning in March. Because the two ministries have had such different agendas for so long, German representatives have spent months abstaining from votes during energy policy meetings in Brussels.

And now, the immediate shutdown of seven nuclear power plants last March is affecting supply, as the Krefeld example shows. The steel mill requires massive amounts of electricity to produce stainless steel, used in such products as sinks and auto bodies. The metal is heated to more than 1,600 degrees Celsius (2,912 degrees Fahrenheit) in giant furnaces. A single smelter consumes about as much energy in an hour as 10 single-family homes in an entire year. Electricity makes up a fifth of the mill's total costs, says Harald Behmenburg, the plant manager.

The price of electricity is moving in only one direction: steeply up. For the Krefeld plant, the cost of a kilowatt hour of electricity has tripled since 2000.

And there is no end in sight. When Merkel's new energy policy was introduced last year, says plant manager Behmenburg, planning for the future became virtually impossible. Behmenburg says that it is impossible now to know what will happen to the supply situation and the price of electricity in the coming years. The mill, steeped in tradition, didn't stand a chance of surviving, he says.

Other companies could suffer a similar fate. Berlin's energy policy affects all classic industrial sectors, from the steel and aluminum industry to paper and cement manufacturers, as well as the chemical industry. The metal industry, long an important sector in Germany, is already migrating to countries with cheaper electricity.

The Düsseldorf-based conglomerate GEA closed its zinc plant in nearby Datteln. Aurubis, the Hamburg-based company that is Europe's largest copper producer, is critical of higher energy costs and has announced plans to invest abroad, especially in Asia and South America. According to a recent survey by the DIHK, almost one in five industrial companies plans to shift capacities abroad -- or has already done so. The study also finds that almost 60 percent fear power outages or voltage fluctuations in the power grid, because wind and solar power are still too unreliable.

"The promotion of renewable energy has led to substantial displacement effects on employment in the conventional energy production sectors, as well as in downstream industries that are particularly energy-intensive," concludes the report on a conference held at the Federal Ministry of Education and Research last year. The political opposition has also recognized the importance of the issue. Some believe that the green economy is everything, warns Sigmar Gabriel, chairman of the center-left Social Democratic Party (SPD). "But they forget that they can't make a wind turbine without steel, plastic, mechanical engineering and electrical engineering."

It is equally important to stabilize the power grid as quickly as possible to prevent blackouts from occurring. Until now, the reliability of the German electricity supply was seen as a significant advantage for doing business in the country. But the loss of several nuclear power plants, coupled with the unpredictability of electricity from wind and solar sources, has changed the situation.

A Lack of Direction in Berlin

The operators of the major power grids have been in a state of alarm for weeks. Operator TenneT has had to draw on reserve capacity. Nevertheless, there have already been some serious problems caused by split-second power outages, which ordinary consumers don't even notice, but that create difficulties for industry, with its highly complex production processes. Since Merkel's new energy policy was introduced, aluminum manufacturer Norsk Hydro has registered half a million euros in losses at its German plants because of power fluctuations. Even minimal power outages can cause the company's sensitive rollers to seize up.

The losses could have been even greater if Hydro hadn't already substantially cut back production in Neuss, near Düsseldorf. For more than two years, two production lines have been shut down completely, and many of the plant's 450 workers have been working reduced hours since then. It is not, however, the result of fewer orders being placed with the Neuss plant.

Electricity and CO2-emissions costs are so high that the energy-intensive processes in the aluminum smelters is no longer profitable. Energy eats up about 50 percent of costs.

The management hopes that legislation pending in the European Union will at least eliminate its CO2-emissions costs, so that the plant can return to normal production. But given the ongoing steep rise in electricity costs, it is uncertain whether that will be enough, leading to an uncertain future for both the plant and its employees. It's an impasse, says an employee who maintains the smelters, which are slowly rusting away in the giant buildings at the plant.

The leaders of affected companies, like ThyssenKrupp CEO Heinrich Hiesinger, say that the goal is not to reverse the nuclear phase-out. But, Hiesinger adds, the industry does need "a reliable foundation. What we want is to keep our production in Germany competitive." To that end, Hiesinger plans to propose a sort of benchmark system to the federal government. Under the plan, average European electricity prices would be used as the benchmark for what German industry would pay.

The Search for a Plausible Answer

The industry is concerned that it isn't clear how the government intends to guarantee the power supply in the future. Pumped-storage hydroelectricity plants would have to be built to store energy for periods when there is little wind or solar energy. But hardly any new facilities are currently in the works. Billions would also have to be invested in reliable power grids so that wind-generated electricity can be transported from the coast to the industrial Ruhr region and to the southern states of Bavaria and Baden-Württemberg. But national and state politicians are still fighting over where the lines should be installed and whether it will be necessary to bury all cables underground. Finally, additional natural gas-fired power plants are urgently needed. Not surprising, however, very few companies are prepared to invest in facilities that may or may not be profitable, depending on which way the political winds happen to be blowing.

"In Berlin, they apparently believe that the new energy plan will somehow work itself out," complains one industry representative. "There is no evidence of any coordination of key tasks," says Birgit Ortlieb of the Association of German Industrial Energy Consumers (VIK), which includes many energy-intensive companies. Even parliamentarians from Merkel's governing coalition concede that it can't go on like this. Environment Minister Röttgen, in particular, is playing for time and needs to be pushed to take action, says Martin Lindner, an economic policy expert with the FDP. Thomas Bareiss, energy policy coordinator for Merkel's conservatives, has always been somewhat skeptical of the government's new energy policy, proposed creating a separate energy ministry due to the ongoing disagreements between Ministers Röttgen and Rösler.

At ThyssenKrupp headquarters in Essen, employees are determined to no longer take the federal government's energy policy lying down. In the run-up to German general elections in 2013 and prior to state elections, works council member Kalwa and his colleagues plan to march into party meetings and ask how the candidates intend to regulate the energy supply in Germany in a cost-effective and reliable manner.

"Only those who can provide a plausible answer," says the member of the metalworkers' union, "can expect to receive our votes." 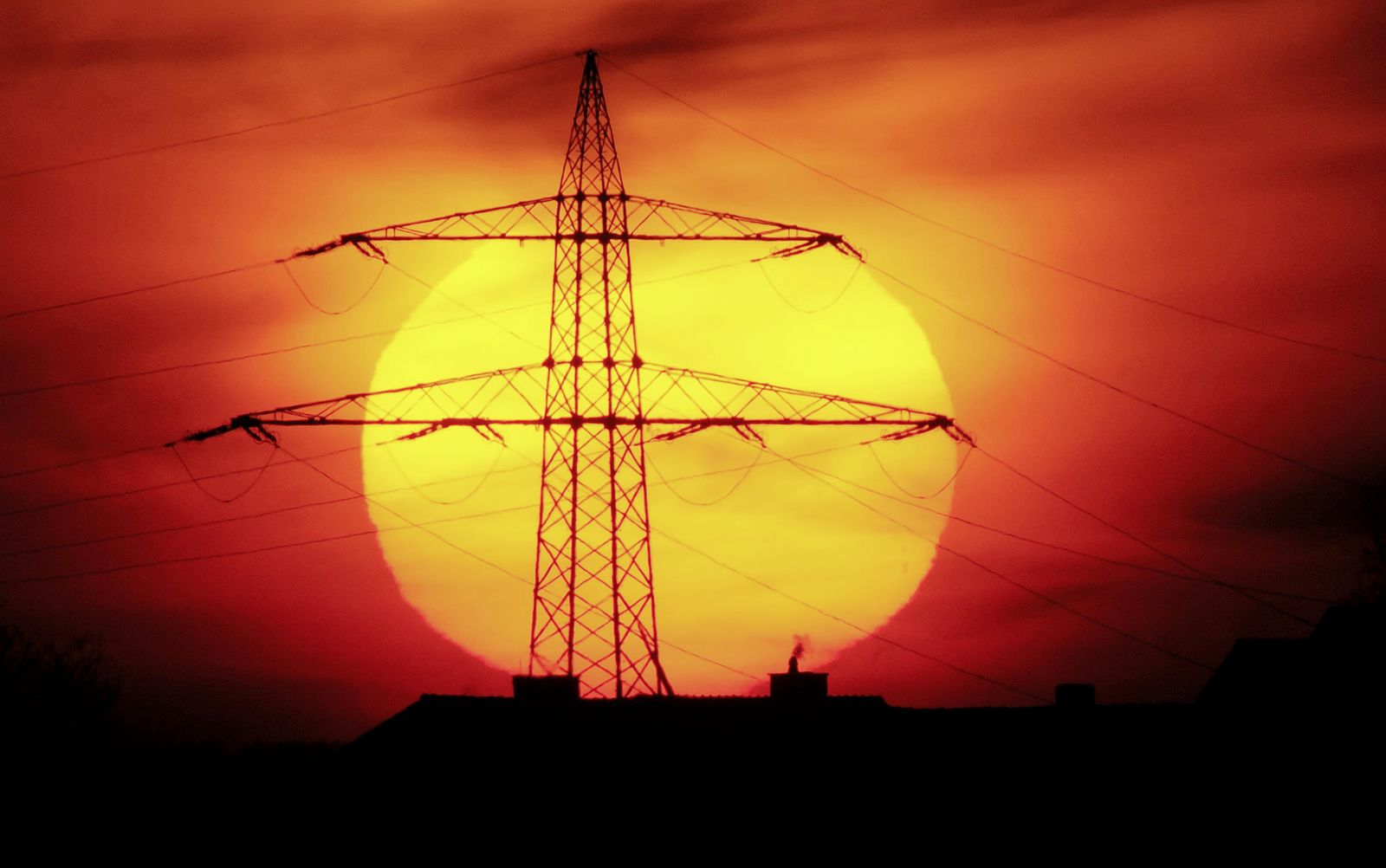 In addition to problems with expanding the country's energy grid, ongoing disputes within Merkel's own cabinet have led to standstill. 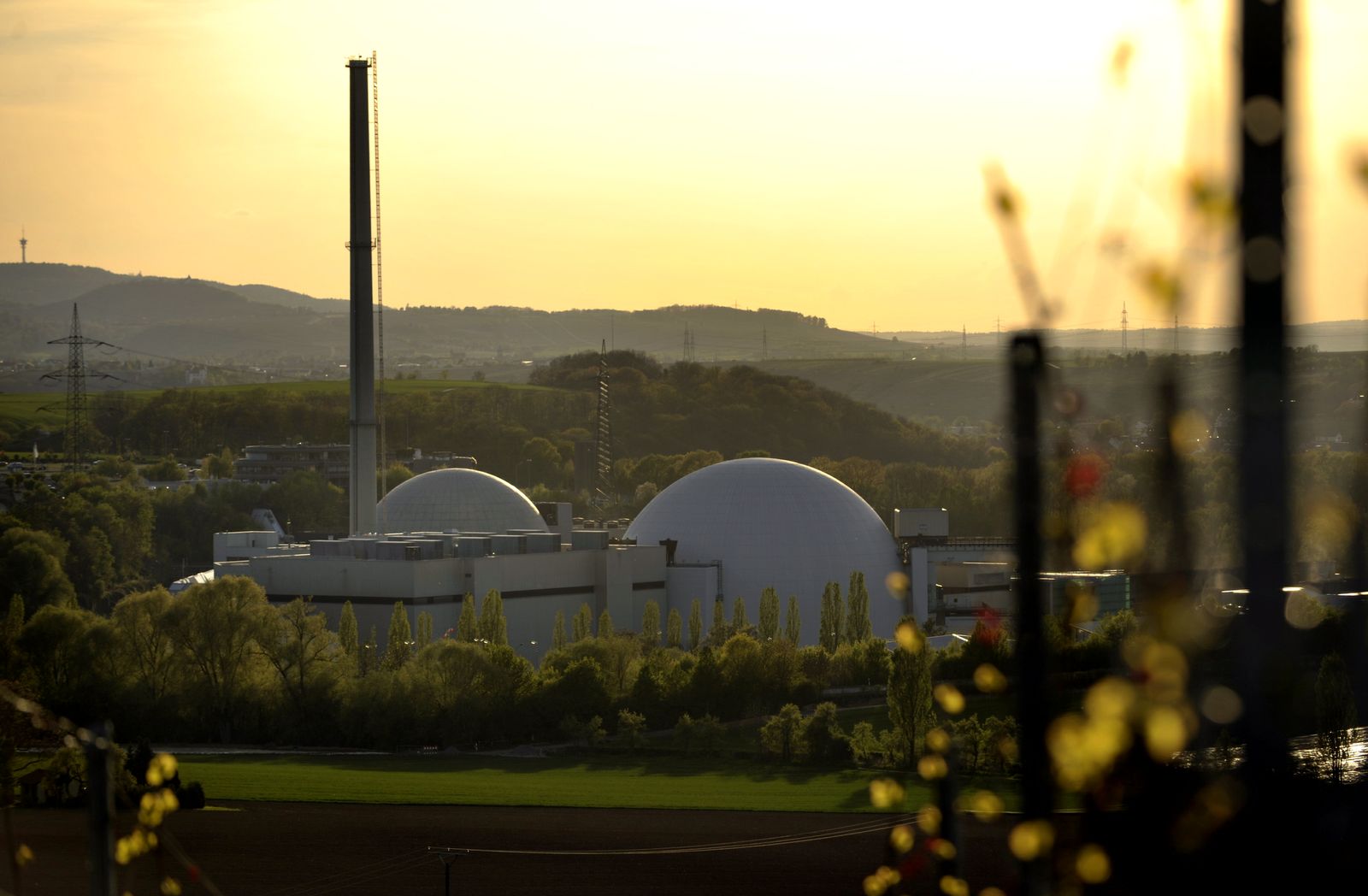