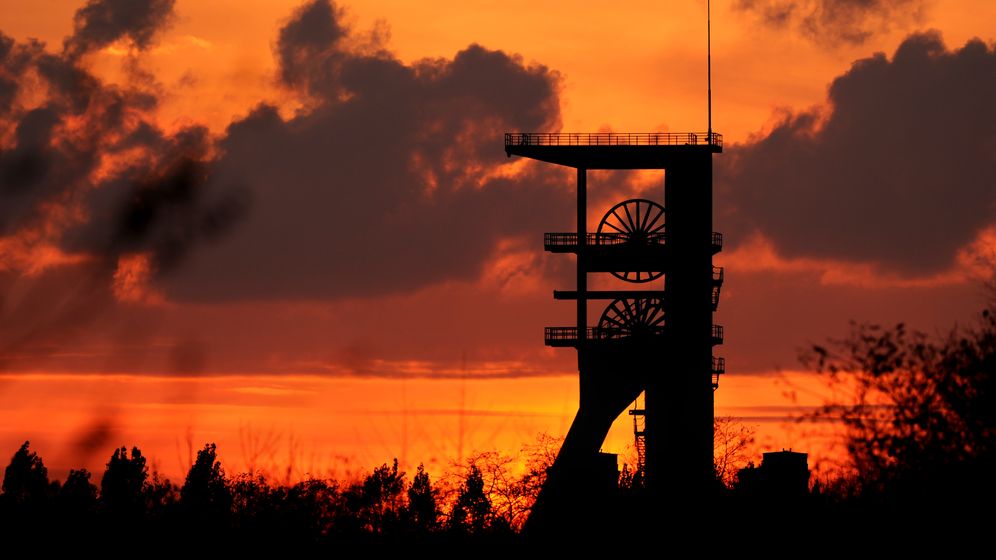 Photo Gallery: Clean Energy from a Dirty Coal Mine

Shortly before 2 p.m., tiny, twinkling lights become visible at the end of the long, dark tunnel on the seventh level of the Prosper-Haniel mine in Bottrop, a city in west-central Germany. The lights slowly begin to take shape, as miners with mine lamps on their white helmets make their way back to the surface. It has been a difficult shift, and the men have covered several kilometers through an intricate labyrinth of tunnels and shafts.

In just a few years' time, an entirely different scenario could be unfolding in the mine, one that has little to do with Ruhrkohle AG's classic coal-mining business. But it is one which could very well have a promising future.

The German government and the European Commission passed a resolution in 2010 that by 2018, the billions in subsidies which have kept the coal mining industry in Germany's Saarland and Ruhr regions afloat over the past few decades will expire. When that happens, the last mines belonging to Ruhrkohle AG (RAG) will be closed for good. "Every day takes us a little closer to saying goodbye," a miner says bitterly.

But on level seven in Bottrop, a small revolution is underway, one that remains largely invisible to the miners. There, at exactly 1,159 meters (3,802 feet) beneath the surface of the earth, in giant transfer halls directly in front of the mine's steep shaft, RAG plans to generate large amounts of environmentally friendly power in the future.

It may sound utopian, but the plan is not all that far-fetched. The underground chambers are large enough to easily accommodate one or two large, hydroelectric turbines. Through giant pipes placed in the mineshaft, water is to plunge up to 1,000 meters from the surface into the mine, where it would then power the turbine rotors.

The machines could eventually generate about 600 megawatts of electricity, which -- in theory -- is enough to supply a medium-sized city with clean energy. More importantly, the turbines fit perfectly into Germany's new energy strategy. They would be an elementary building block of the country's planned clean-energy -- and nuclear-free -- future.

In the wake of the disastrous accident at the Fukushima nuclear power plant in Japan in March of this year, the German government decided to shut down eight of the country's 17 nuclear reactors immediately, and to massively expand renewable sources of energy, like wind and solar.

Germany now plans to derive 35 percent of its power supply from renewable energy sources by 2020, and 80 percent by 2050. But this also presents a serious challenge: The wind and the sun are extremely unreliable as sources of energy in Germany. Under certain conditions -- a cloudy day with no wind -- the production of green energy could sink to almost zero. On days that are sunny and windy, on the other hand, the facilities already installed today are sometimes capable of covering Germany's entire electricity needs.

Sometimes -- for hours or even days at a time -- there is even a surplus. With a lack of sufficient storage capacity, however, some of the expensive green energy is simply given away to neighboring European countries.

This will change in the future, once energy storage systems have been built throughout Germany. Many different technologies, such as storing energy with the help of compressed air, gas or hydrogen, are being tested. Pumped-storage hydroelectricity plants, like the ones RAG plans to build in its Ruhr region coalmines, would seem to be the most promising for storing large amounts of energy.

The principle is simple. When a large amount of wind and solar energy is available, it is used to pump water out of the mine tunnels into an artificial lake on the former mine grounds. When there is an electricity shortfall or if the energy supply begins to fluctuate, the floodgates are opened and the water drops through the giant pipes to drive the turbines 1,000 meters below the surface. The entire output becomes available to the grid within a very short amount of time.

These types of systems have long required significant intervention in nature. In facilities like the Schluchsee plant in the Black Forest, operated by utilities EnBW and RWE, pumped-storage systems normally take advantage of differences in altitude in mountainous regions. Installing power lines and turbines often requires expensive blasting, while new reservoirs need to be created at high altitudes.

At RAG, the engineers say enthusiastically, none of this will be necessary. Large amounts of groundwater are already pumped out of the deep shafts today to keep the tunnels dry. The infrastructure -- kilometers of shafts to hold the pipes, large halls for the turbines and the power supply -- already exists. And even the creation of man-made lakes on the decommissioned mine sites will improve the landscape -- and won't likely trigger protests.

It would be possible to build pumped-storage hydroelectricity plants in three locations in the western state of North Rhine-Westphalia and two in the southwestern state of Saarland in the next few years, says RAG Director Peter Fischer. They could produce about as much power as two medium-sized nuclear power plants.

The plans, which are being developed in collaboration with the University of Duisburg-Essen, are not entirely new, having sat idle in the drawers of RAG executives for the last few years. But they were long overshadowed by the hope that the German bituminous coal industry, and with it RAG, could be on the verge of a comeback. They hoped that the political decision to phase out coal might be reversed.

Vision of the Future

Now, though, RAG executives have come to see such a change in fortunes as unrealistic. In addition to winding down operations, closing mines and selling parts of the company, they are trying to develop new prospects for RAG and the 24,000 employees it still has today.

The pumped-storage hydroelectricity plants are only part of the company's vision of the future. Powerful wind turbines will be erected on top of the tall waste heaps, known as spoil tips, on the mine grounds. Engineers also plan to install solar panels on the southern slopes of the spoil tips.

Even the mine water -- which has to be pumped out for decades after mine closures to prevent landslides -- will be used to generate energy in the future. At a depth of 1,000 meters, the water is up to 40 degree Celsius (104 degrees Fahrenheit), explains Professor Ulrich Schreiber of the University of Duisburg. That means it is warm enough to heat buildings, residential areas and industrial plants. Initial pilot projects in the Ruhr region cities of Essen, Bottrop and Bochum, where RAG has already connected a few apartment buildings, schools and an outdoor swimming pool to hot water pipes, have apparently been successful.

Using the simplest of methods, says RAG executive Fischer, the company could generate another 600 to 700 megawatts of renewable electricity at its former mine sites. This corresponds to the output of a medium-sized coal power plant, and it doesn't even include the output that would come from the pumped-storage plants.

The company officially unveiled its green vision to the broader public on Monday in Essen, to coincide with the traditional local holiday of Coal Day. RAG has also hired an outside firm to prepare a funding application for a pilot power plant designed to demonstrate that the technology in the depths of coal mines actually works. "It's an ambitious project," says geologist Schreiber. "But the problems are solvable."

The only thing that would still be needed before the project can move ahead on a large scale is the approval of RAG's shareholders, particularly the federal government and the states of North Rhine-Westphalia and Saarland.

But in contrast to the difficult negotiations over new coal subsidies in the past, RAG management isn't in the least bit concerned about securing the necessary approval. Even the Greens, the company's biggest critics in the past, have had nothing but praise for the company's new direction.

7 Bilder Photo Gallery: Clean Energy from a Dirty Coal Mine 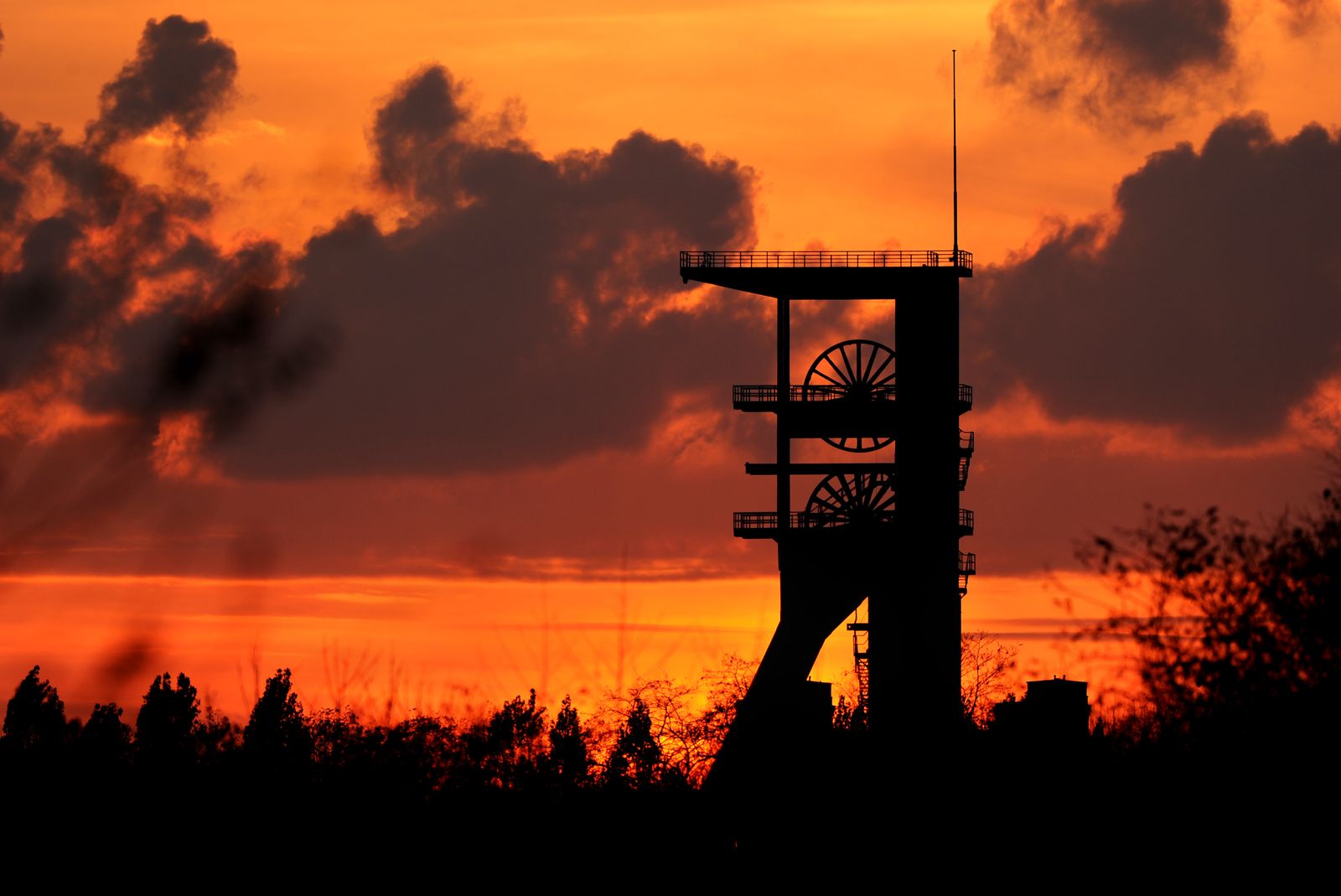 Germany's coal mining industry has long been in decline. The company Ruhrkohle AG is looking to transform their old coal mines into pumped-storage hydroelectric facilities to store green power -- and to generate renewable energies of their own. The project could save some jobs once coal subsidies run out in 2018. 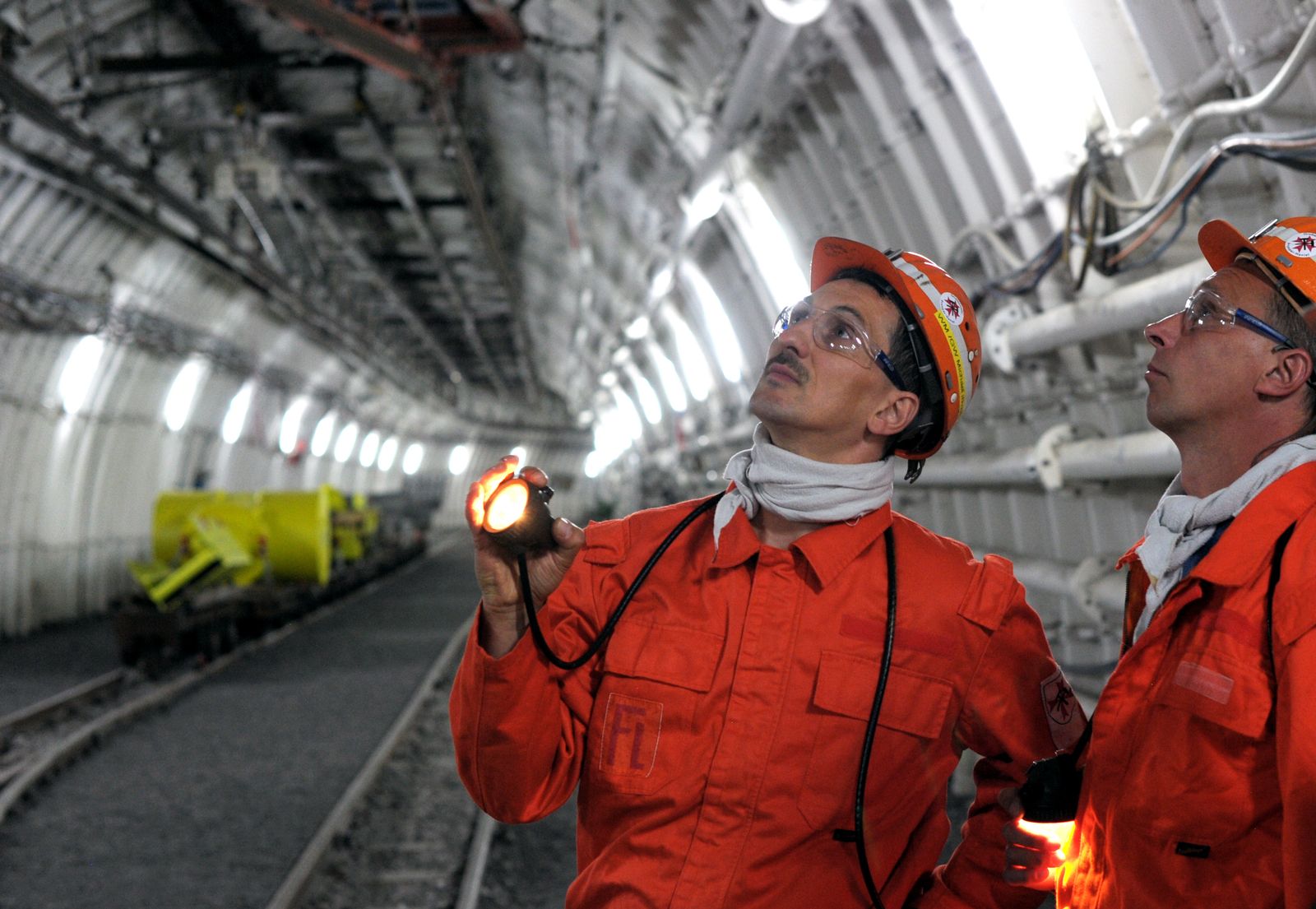 The seventh level of the Posper-Haniel mine in Bottrop, pictured here, will likely become the last large-scale site of bituminous coal mining in Germany. The mine may ultimately be used to create green energy.