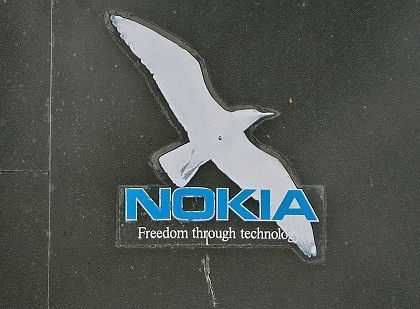 Nokia extended its already formidable dominance of the global handset business on Jan. 24, announcing it had achieved 40 percent market share in the fourth quarter of 2007. But perhaps the biggest surprise was that the Finnish company achieved this long-promised and psychologically important milestone while also becoming more profitable.

Thanks to soaring sales in emerging markets, as well as growth in high-end phones, Nokia boosted profit in the fourth quarter of 2007 by 44 percent, to $2.68 billion (€1.82 billion), on sales of $23 billion. At the same time, average selling prices grew, and the operating margin on mobile phones rose to 25 percent, vs. 17.8 percent a year earlier.

It was an impressive performance that pushed up Nokia shares 12.5 percent in New York trading, to $36.48. But Nokia executives want more. "We're targeting to increase our market share in 2008," Chief Financial Officer Rick Simonson told BusinessWeek, adding, "We're going to make sure that's profitable, sustainable market-share increase." Simonson wouldn't say how much Nokia plans to lift its share of the global market.

Any increase seems like an audacious goal, but Nokia may pull it off. Rival Motorola is cratering and reported disastrous results on Jan. 23. Meanwhile, thriving competitors such as Samsung Electronics and Sony Ericsson have a way to go before they can match Nokia in emerging markets, where basic phones sell for less than $40.

At the same time, the mobile-phone industry appears surprisingly impervious to global economic uncertainty, because consumers regard phones as necessities and scrimp elsewhere if they have to buy new handsets. Mobile phone sales grew a remarkable 15.8 percent last year, to 1.15 billion units, according to market tracker ABI Research. "I don't see anything in the near future that is going to negatively affect what they're doing," says Carolina Milanesi, research vice-president at market research consultancy Gartner.

Not that other companies aren't eyeing markets in Asia, Africa, and Latin America where mobile-phone use is exploding. On Jan. 24, Sony Ericsson announced four new low-cost phones for the Indian market. But Milanesi says it will take time for competitors to build up the marketing and distribution networks they need to challenge Nokia. "It's not just about having the right products, but also making sure you have a distribution strategy to get products into the hands of customers," she says.

In addition, Nokia's growing market share only increases its clout. Greater volume creates even greater economies of scale, and generates more money to invest in research and development. It will be very difficult for competitors to manufacture as many different models of phones as cheaply and still make a profit. "We've shown we're the only ones who can consistently be profitable in the low end," Simonson says.

Nokia also made progress in the turnaround of Nokia Siemens Networks, its joint venture with Munich-based Siemens. In the fourth quarter, the unit, which supplies equipment for mobile networks, broke even on an operating basis and even showed a profit of $96 million on sales of $6.7 billion, not including one-time items. For the full year, NSN had an operating loss of $1.9 billion, on sales of $19.6 billion, because of charges associated with job cuts and other costs of creating the joint venture.

The one big blot on the otherwise triumphant earnings report was Nokia's performance in the US. Because of its limited portfolio of phones designed for US mobile networks, pocketbooks, and tastes, Nokia has never enjoyed the same dominance there as in the rest of the world. Sales of Nokia handsets to North America plunged 13.6 percent in the fourth quarter compared to a year earlier, to 5.1 million units.

Keeping an Eye on the iPhone

Nokia has said it plans to redouble its efforts to boost US sales, but some analysts are skeptical whether the company can succeed. "Despite repeated declarations from senior management that Nokia will recover its position in the North American market, it has so far failed to do so," ABI Research said in a note.

The wild card in the mobile-phone industry today is the Apple iPhone, which competes with Nokia's multimedia handsets. With sales of about 4 million units so far, the iPhone hasn't yet overtaken Nokia's top-of-the-line N95, which has sold more than 5.5 million units since its launch in March, 2007. Still, iPhone sales are impressive considering the product still is not available in much of the world and can cost hundreds of dollars more than an N95, depending on the operator's plan.

Nokia is clearly paying attention. It will launch a handset this year that uses some of the same touch-screen technology that has won accolades for the iPhone, Simonson said, declining to give specifics. The company is also moving aggressively into music services as a way to counter Apple's iTunes. Says Simonson of the iPhone, "There is innovation in that device and we're very respectful of that." But on Jan. 24, at least, the market showed its respect for Nokia's powerful execution.