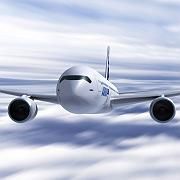 The Airbus A350 should be ready by 2013, that is unless the company is forced to redesign it -- again.

Aircraft manufacturer Airbus, already struggling with delays to its A380 superjumbo, now faces problems with its A350 long-range widebody aircraft due to customer dissatisfaction with the current design.

The first version of the new A350 was rejected out of hand, now the second version hasn't come up to scratch either. A number of important customers are demanding changes in Airbus' technology, which could cause further delays at the troubled aircraft manufacturer.

The latest incarnation of the A350 has been found wanting by Emirates, Singapore Airplines, Qatar Airways and the leasing company ILFC, Germany's Süddeutsche Zeitung newspaper reports on Tuesday. "In my opinion the current Airbus proposal represents an intermediate stage," the newspaper quotes Emirates boss Tim Clark.

The customers have called on Airbus to modify its design of the fuselage by baking the body, made out of carbon-fiber composites, on a huge mold, as Boeing does with its 787 Dreamliner, instead of riveting sections together.

The current design's use of separate sections increases the maintenance costs, the airlines argue. To be able to burn the entire fuselage in giant ovens -- called autoclaves -- Airbus would have to invest in new technology and infrastructure, the newspaper reports.

However, an Airbus spokeswoman rejected the reports of a design rethink. "We are working on the basis of the existing designs," she told the Süddeutsche Zeitung, adding that everything else was pure speculation. She also dismissed reports that Airbus is planning to announce a new change of strategy during the Le Bourget airshow in France in mid June.

The development costs for the A350 have already doubled to more than €10 billion. Originally the company had only wanted to upgrade its Airbus A330 jets, but when customers were unimpressed and demanded a wider body, it went back to the drawing board and came up with the Airbus A350 XWB.

Even based on the existing plans, the new A350 model won't be ready until 2013, a good five years later than Boeing's 787 Dreamliner. Not surprisingly the US aircraft manufacturer has received a considerably higher number of orders for the 787 than Airbus has for its A350.

The company's woes with both the A350 and delays with the production of the A380 "superjumbo" jets -- two years late and nearly €5 billion over budget -- have pushed it into the red. Parent company EADS has been forced to introduce a painful restructuring program, dubbed Power8, which involves closing factories and shedding jobs. Things are not made any easier by the tug-of-war between the company's French and German management over control of the company -- a fight that the respective governments have found it difficult to keep out of.