Even as Airbus warns that the fate of the military transport plane A400M hangs in the balance, Germany continues to reject demands from the company for more help with the massive cost overruns that have struck the project.

According to a report in the business daily Handelsblatt on Wednesday, the Defense Ministry in Berlin remains unwilling to provide Airbus with more than a further €650 million to cover inflation and surcharges as outlined in the purchase contract. Airbus, however, is calling on its European customers to cover 50 percent of the €11 billion in cost overruns.

"We will definitely not pay more than the €650 million in extra costs called for by the escalation clause in the contract," one unnamed Defense Ministry official told Handelsblatt. "It is nice that the airplane took its maiden flight in Seville," added Defense Ministry spokesman Holger Neumann, referring to last month's first test flight. "But that didn't fulfil a single condition of the agreement."

Plans to Scrap the Project

The Defense Ministry comments come a day after the Financial Times Deutschland reported that Airbus head Thomas Enders said over the Christmas holidays that he no longer believes the project will ever be successfully brought to fruition. Airbus has developed contingency plans to scrap the project should its European customers -- including Germany, France, Great Britain, Spain, Turkey, Belgium and Luxembourg -- not agree to renegotiate the contract. Talks are scheduled throughout January.

Airbus reinforced its warning on Wednesday, with a company spokesman telling Handelsblatt that "the project is impossible given the current contractual conditions. We need a financially sensible solution right away."

Still, there are those who think that much of the back-and-forth is mere blustering ahead of the crucial, final phase of the ongoing negotiations. Both sides, after all, have a lot to lose. Germany has ordered 60 of the enormous transport planes to replace its 30-year-old fleet of Transall transporters. Despite years of delay in the A400M's development at Airbus, Berlin has no realistic alternative. For Airbus, meanwhile, cancellation of the project would mean a massive loss of face. The A400M is by far the company's most significant defense project to date.

German Economy Minister Rainer Brüderle expressed confidence that a resolution would be found in an interview on German radio on Wednesday. "In the end, there will probably be a sensible solution," he said.

Other European countries involved in the talks, including France and Great Britain, have shown a greater willingness to find a compromise than Germany. "I am confident because this is about the interests of European industry," said French Defense Minister Herve Morin on French television station BFM on Wednesday.

Airbus argues that its European customers are to be blamed for much of the project's cost explosion. Instead of allowing the European airplane manufacturer to purchase key parts from industry leaders abroad, Airbus was asked to develop the requisite technology within Europe. The plane will have a cargo capacity almost twice as large as the C-130 Hercules planes used by the US Air Force. Originally, Airbus agreed to supply 180 of the planes to its European customers at a total price of €20 billion. 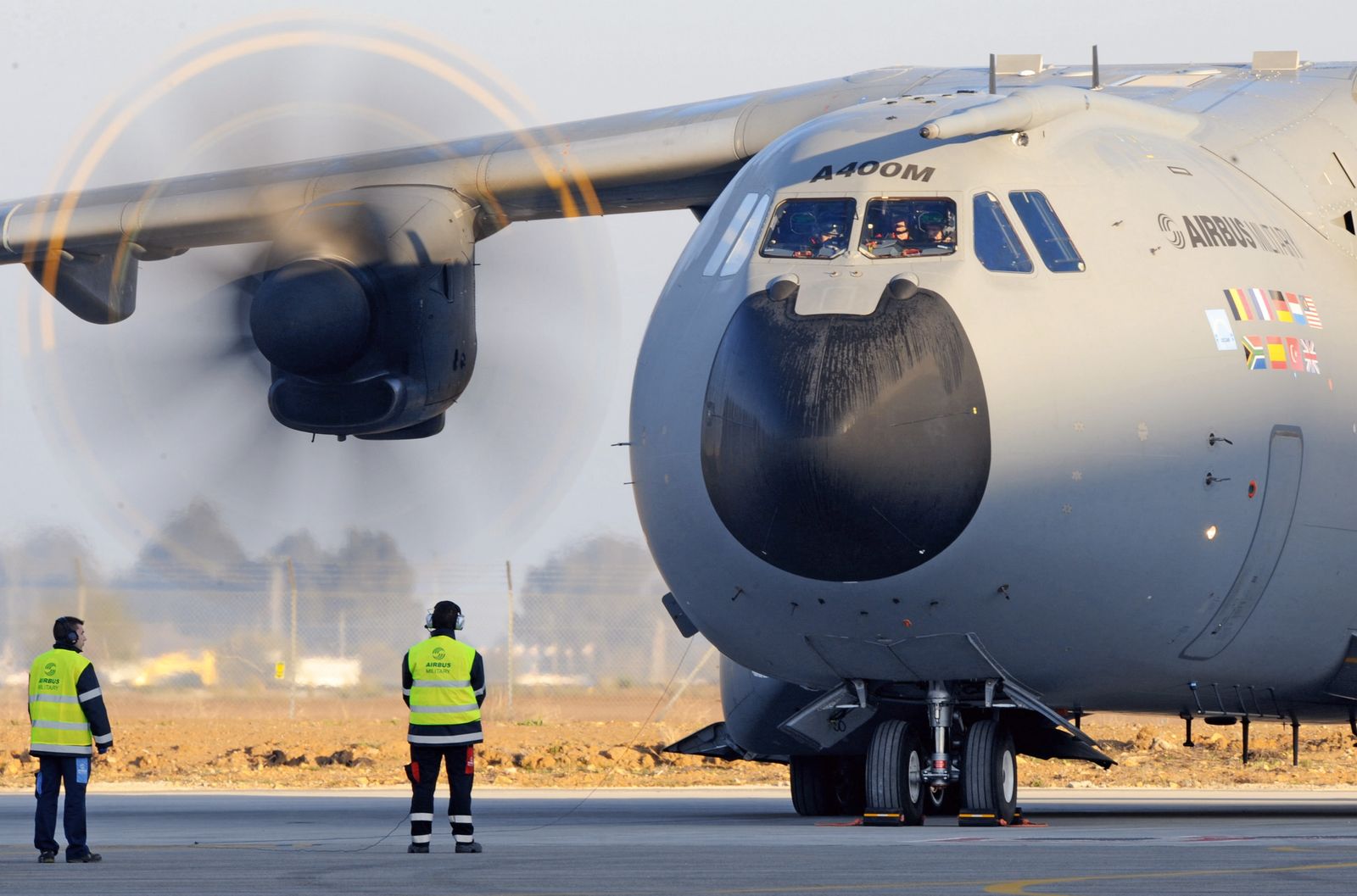 The Airbus military transport plane A400M took off for its maiden voyage last month in Seville, Spain. But its future remains in doubt.