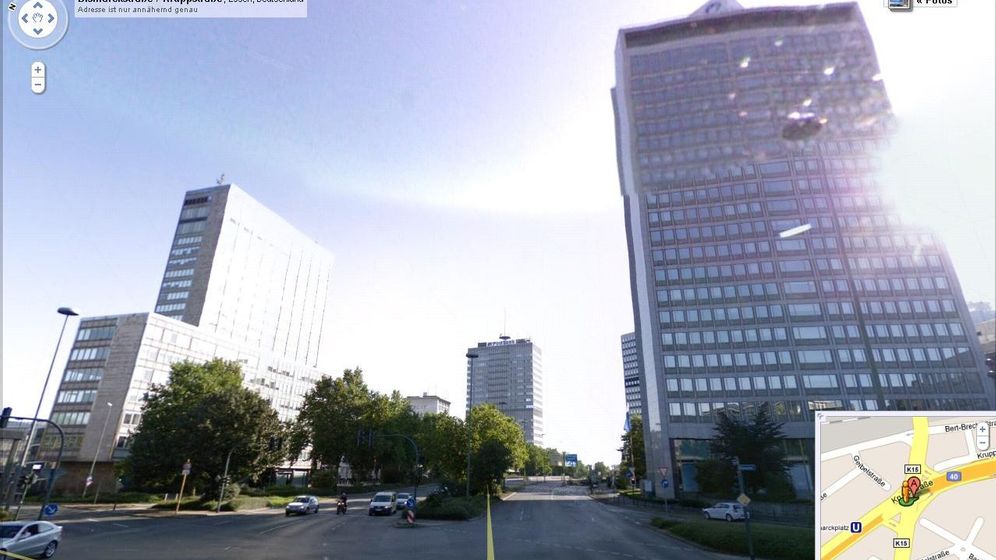 In contrast to other countries, the launch of Street View was met with considerable resistance from politicians and privacy protection advocates in Germany, including the country's consumer protection minister, Isle Aigner of the conservative Christian Social Union, who criticized the service as an incursion on people's privacy. Google sent its camera-equipped cars around the country several years ago, but the controversy surrounding Street View led to considerable delays before its introduction.

As was widely expected, one doesn't have to look very far in Street View to find homes that have been blurred out. Prior to the introduction of the service, more than 244,000 households in the first 20 cities to be placed online submitted requests to have their homes blurred out. Google claims the figure represents only 3 percent of households. Ultimately, it would seem to be a relatively small figure, especially given the controversy and the fact that some polls showed that more than half of Germans oppose Street View.

A Hole-Filled Vision of Germany

Nevertheless, there are considerable obstructed images in the German version of Street View. In any instance where an apartment renter asked to have their flat pixilated, Google blurred out the entire building they live in. Data protection authorities believe that up to a million households across the country have been blurred out by the company.

Google has stated that residents who want their homes blurred out can still do so following the launch. In addition, the company says that it blurs out faces and vehicle license plates.

At the beginning of November, Google posted the first taste of Street View online, with panorama images of several German tourist attractions in five cities, along with 10 football stadiums and the most important streets in the town of Oberstaufen in the Alps. And although the company blurred out most requests, some buildings that should have been pixilated still showed up for iPhone users.

But Google had also warned that this might happen in the beginning. Each home where residence had requested a pixilization had to be removed from several pictures. Google said it had brought in an additional 200 workers to do that work. Links are also included on the service that enables users to write in if they encounter a pixilation-related problem.

The company caused additional irritation when it admitted that its cars had also downloaded data from WLAN connections that had not been secured. The company said the problem was caused by a software error that wasn't discovered for a few years. Google officials said that none of the data had been used. But government officials in several countries have said that the data included entire e-mails, Internet addresses and passwords. In Germany, an investigation by data protection officials and the public prosecutor is still underway.