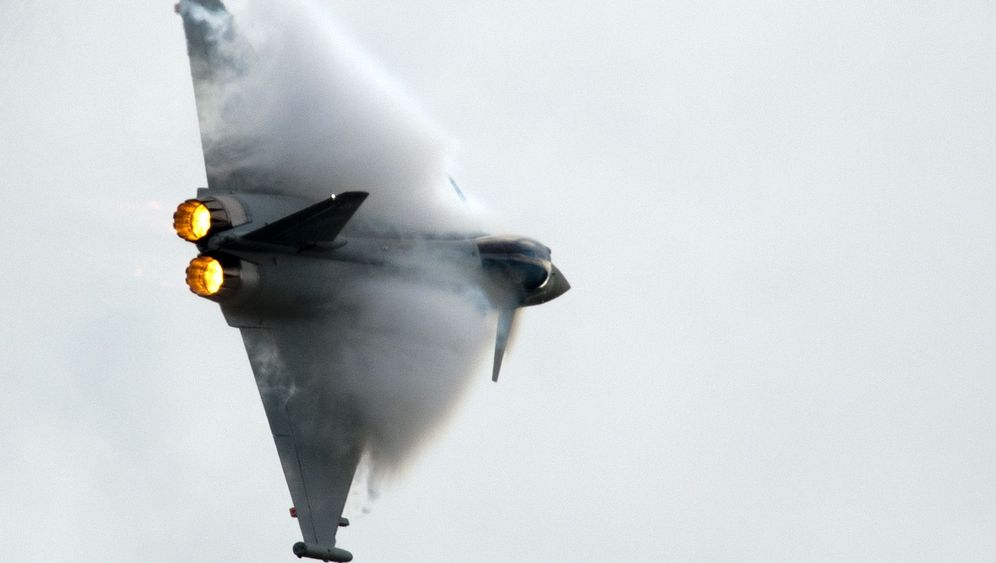 When Tom Enders receives mail from Vienna these days, he doesn't expect it to contain good news. And so it was again last week, when the CEO of European aerospace and defense group EADS read with some trepidation a letter from Austrian Economics Minister Reinhold Mitterlehner.

In his missive, Mitterlehner spoke of doubts and suspicions -- and he had a concrete demand. He urged Enders to personally clear up the matter as quickly as possible

The letter concerns the largest defense deal in Austria's history: the purchase of 15 Eurofighter jets for some €1.7 billion ($2.2 billion). The sale has been dogged by corruption allegations for years.

But the affair took a dramatic turn last month when public prosecutors in Munich and Vienna ordered over half a dozen searches, including at EADS offices and the homes of former managers. If investigators' suspicions are confirmed, German industry will be shaken by yet another bribery scandal, with significant financial risks for the defense giant.

The corruption probe focuses on countertrade agreements worth twice the value of the defense deal -- in other words, some €3.5 billion. That's the amount of business that the EADS deal had to generate for Austrian companies in return for Vienna's approval of the Eurofighter sale. It is precisely these agreements that prompted Mitterlehner to write his letter. It turns out that a sizable proportion of the arranged offset deals could be suspect. "No stone will be left unturned," vows the economics minister.

There is speculation that kickbacks flowed in both directions. On the one hand, officials were allegedly bribed so Austria would decide to purchase the relatively expensive Eurofighter. On the other hand, companies purportedly received payoffs in exchange for declaring follow-up deals to the Economics Ministry that, in reality, never existed.

The bribe money was purportedly distributed via a complex web of shell corporations surrounding the London-based firm Vector Aerospace. This shadowy network was apparently established by Italian businessman Gianfranco Lande, who a court in Rome has sentenced in the first instance to four-and-a-half years in prison for investment fraud.

At over 200 percent of the contract value, the volume of these barter deals is extremely unusual, even for defense contracts. This quid pro quo arrangement is precisely how Austrian politicians at the time, primarily then-Chancellor Wolfgang Schüssel of the conservative Austrian People's Party (ÖVP), made the 2003 purchase appealing for voters. The compensation agreements aimed to benefit Austrian high-tech companies. At the time, the chancellor praised the deal as "the most attractive and important stimulus program that one could wish for." Some of the deals were slightly bizarre, such as a lifestyle consultant who coached EADS staff. But others were of a more dubious nature, such as possibly criminal contracts, with no recognizable economic benefits for Austria.

So far, EADS has consoled itself with the fact that the contracts signed by the Austrian government over the past few years can now no longer be contested. However, Austrian government officials point to a potentially troublesome clause in the contract. Should "subsequent grievous new circumstances" become known that "lead to serious doubts about the eligibility of countertrade agreements," the Austrians can terminate the entire deal, even today.

What's more, the Austrian economics minister has a powerful ally: Michael Radasztics, a young and intrepid public prosecutor in Vienna. Radasztics has requisitioned all files pertaining to the contract and discovered a number of absurdities. One case in point is the MAN contract, one of the largest entries on the Austrian Economics Ministry's list of offset deals. It involved the sale of 6,500 military transporters, which the Munich-based truck manufacturer produced in collaboration with German automotive and defense company Rheinmetall. The vehicles were to be sold to the British armed forces for some €700 million, which amounted to roughly 20 percent of the requisite follow-up business for Austria.

But EADS actually has nothing to do with this multimillion euro deal. "At the time, the agreement had already been made and we can only build these military trucks in Vienna anyway," a MAN executive recently said. In other words, the deal generated no additional stimulus for the Austrian economy.

Another apparently dubious entry on the list of follow-up deals was the contract between Austrian software company Fabasoft and the government of the southern German state of Bavaria for the purchase of administrative software to the tune of €1.2 million. EADS' role in the deal was to recommend to the Austrian company that it establish an office in the Bavarian capital, Munich. "In retrospect, I would say that we would have come up with this idea on our own," says Fabasoft CEO Leopold Bauernfeind.

Furthermore, investigators say there is reason to suspect that "real business transactions were used to cover up possibly illegal payments." One example is the Austrian aluminum manufacturer AMAG which, according to a contract that dates back to 2003, was supposed to supply EADS subsidiary Airbus with aluminum sheet metal worth €75 million.

At the home of Gianfranco Lande, founder of the murky Vector network, Italian investigators seized an Excel file, which shows that a company called Incuco allegedly served as a consultant for the AMAG deal.

German, Austrian and Italian investigators are focusing their bribery probe on this shell corporation based on the Isle of Man, a tax haven in the Irish Sea. Incuco is believed to have received at least €12.5 million from Lande's Vector Aerospace -- possibly also for consulting services connected with the Airbus-AMAG deal.

"We have never heard of Vector Aerospace or a company called Incuco," says an AMAG company official. Incuco also denies any business connections with AMAG. It appears that Lande, who is currently jailed in Rome, used AMAG to justify payments to Incuco.

Investigators have yet to clarify why Incuco actually received so many million euros and where the money may have subsequently flowed. Prosecutor Radasztics says he is determined to get to the bottom of any possible irregularities surrounding the AMAG-Airbus deal. On Dec. 13, he officially requested further documents from the Austrian Economics Ministry.

The affair could potentially tarnish the image of EADS -- a consortium in which the German government is currently raising its stake as a shareholder. To make matters worse, the scandal could cost a great deal of money. If the offset deals are subsequently deemed to be phony, in the worst-case scenario, it could result in a €200-million fine for the defense contractor. Investigations into the dubious Vector Aerospace could also have expensive consequences.

In addition to corruption and the formation of a criminal organization, investigators say that money laundering may have to be added to the list of possible criminal charges. Sources at EADS say that the company is cooperating with the Austrian authorities to shed light on all aspects of the Eurofighter deal. EADS officials say that they will soon present their own detailed documentation of the countertrade agreements. They say that there are no provisions in the balance sheet for possible fines.

Meanwhile, the public prosecutor in Vienna is hoping that his investigation will soon lead to a breakthrough, allowing him to track down the organizers and recipients of the financial transfers. This, in turn, could possibly also put pressure on the Austrian People's Party (ÖVP).

Indeed, according to research by Peter Pilz, a member of the Green Party in the Austrian parliament, arms lobbyist Count Alfons Mensdorff-Pouilly received €2.2 million from EADS -- an allegation that he denies. The money was allegedly transferred via the Incuco shell corporation as part of the barter deals. "From Mensdorff-Pouilly the trail leads to the ÖVP," says Pilz.

Mensdorff-Pouilly, a member of Vienna's high society, is married to a former ÖVP minister. The entrepreneur, who bears the nickname "Count Ali," maintained close ties with the conservative politicians who were responsible for the Eurofighter decision 10 years ago.

Radasztics can simply ask Mensdorff-Pouilly about the new evidence when they next meet. After all, he sees him every week at the district court in Vienna, where the Viennese prosecutor is trying the lobbyist for allegedly laundering suspected bribes. This money purportedly came from another source: British defense contractor BAE Systems.