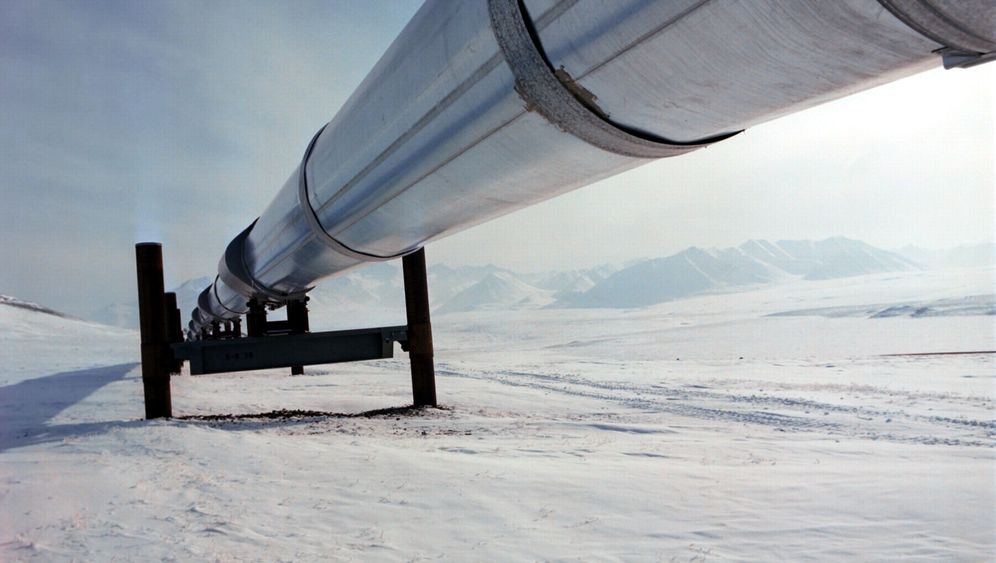 Two complete failures and one aborted test drill -- a miserable outcome. When Scottish company Cairn Energy published the preliminary results of its search for oil off the coast of Greenland last October, the firm's share price plunged 7 percent in one day. Its findings revealed not a trace of black gold. On the contrary: the company said it would have to write off costs totalling €180 million ($246 million).

And still, the Arctic fascinates oil and gas firms more than virtually any other region at the moment. Companies are hoping to tap massive, undiscovered reserves in this remote area that is free from the political instability plaguing other oil-rich parts of the world. The polar treasure was the subject of the conference "Arctic Frontiers" that began on Monday in the northern Norwegian town of Tromsö. Almost 1,000 visitors made the journey far beyond the Arctic circle to attend.

Cairn's oil exploration off the western coast of Greenland has attracted intense interest because it was the first such venture in years. It's unclear how many will follow, because the vast cost of drilling in the Arctic is likely to become evident in the coming years. This is made abundantly clear in unpublished interim findings by the US Geological Survey obtained by SPIEGEL ONLINE. They refer to an area in the northeast of Greenland that had so far been regarded as a particularly promising location for oil exploration. Geologist Don Gautier and his research team examined what it would cost to search for oil in the East Greenland Rift Basins.

Scientists had previously estimated that the region could yield some 7.5 billion barrels of oil -- 1.2 trillion liters. But statistically, the likelihood of producing that amount is the same as failing to find even a drop. However, the geology of the area is interesting -- after all, on the other side of the Greenland Sea, along Norway's west coast, there are attractive oil reserves that have been bringing in billions of euros for the Norwegian government for decades. Greenland is hoping for a similar boom.

But the amount of oil that can actually be pumped out of this region is likely to be significantly lower than previous estimates indicated, according to the latest findings. Assuming production costs of up to $100 per barrel, only 2.5 billion barrels of oil could be lifted, according to the USGS calculations -- and only with a 50 percent probability.

In order to reach further reserves, companies would have to spend much more. Even based on outlandish exploitation costs of $300 per barrel, only 4.1 billion barrels could be raised, with the same 50 percent probability. "And that is before paying a cent of tax or making any profit," says Gautier.

The figures are based on statistical calculations and should therefore be treated with caution. But they indicate that only a fraction of the oil and gas believed to be in the Arctic could likely be exploited at economically viable costs. Canadian companies have already found that out for themselves. They carried out major exploration projects in the 1970s but ended up sealing off even promising test drillings because commercial production would have been too expensive.

The danger of causing environmental damage is a further factor. "Around the Arctic there is neither the technology nor the capacity to respond to oil accidents," says Alexander Shestakov, the head of the WWF Arctic Program. "That isn't just the opinion of an environmental organization, it's an acknowledged fact."

Norwegian environmental campaigners fear an "Oil Chernobyl" in the Arctic on the scale of the oil spill caused by the Deepwater Horizon oil rig in the Gulf of Mexico last year. And the European Parliament has just passed a resolution calling on Arctic nations to pay close attention to the operations of oil companies in the area.

But the lure of the Arctic remains strong, partly because big oil firms are having trouble developing new oilfields elsewhere in the world as local producers are taking over development, such as PDVSA in Venezuela.

British oil giant BP and Russia's Rosneft have just formed an Arctic alliance to search for oil in the Kara Sea off the coast of Siberia. Rosneft said last week that the first test drillings in the 125,000 square kilometer Prinovozemelsk area will start in four years. The two firms may also cooperate in other areas of the Russian Arctic, Rosneft said.

Greenpeace said BP was the last firm that should be allowed to drill in the Arctic. The company, Greenpeace said, had not yet proven that it had learned the lessons of the Deepwater Horizon.

Environmental campaigners say there shouldn't be any oil exploration at all in the Arctic. Areas like the Kara Sea are covered in ice for seven or eight months a year, as is northeast Greenland. The oil giants haven't yet developed technology capable of operation in such regions for prolonged periods. And no one knows how to mount a cleanup, should there be an oil spill. The Norwegians have the best knowhow in this respect, with technology company Sintef operating a special laboratory on the Arctic island of Spitzbergen.

BP and Rosneft now plan to open a research center in St Petersburg, though it is likely to focus on new oil exploitation technology.

Despite all the challenges, exploiting the Arctic resources isn't just attractive for companies, but for governments as well. The US sees its Arctic oil production in Alaska as a vital project to help wean itself off imported oil. Russia wants to develop new oil reserves to offset the depletion of oil fields further south. And Greenland is hoping that oil revenues will enable it to gain independence from Denmark in the long term,

The race for Arctic oil, in other words, will continue for the time being. Companies such as Shell and Statoil have secured licenses to drill along Greenland's west coast. They are likely to start test drilling soon.

Cairn, meanwhile, isn't giving up either. The company announced in early January that it had chartered the oil rig Leiv Eriksson and the drilling ship Ocean Rig Corcovado for this summer to carry out four further drillings into the seabed off Greenland.