The first test flight of the Airbus A400M military transport plane on Dec. 11 last year didn't pass off quite as smoothly as had been assumed so far.

Shortly after landing, members of the crew of six had stated that all instruments had worked perfectly. But that's only partly true, according to confidential documents from engine manufacturer Europrop. 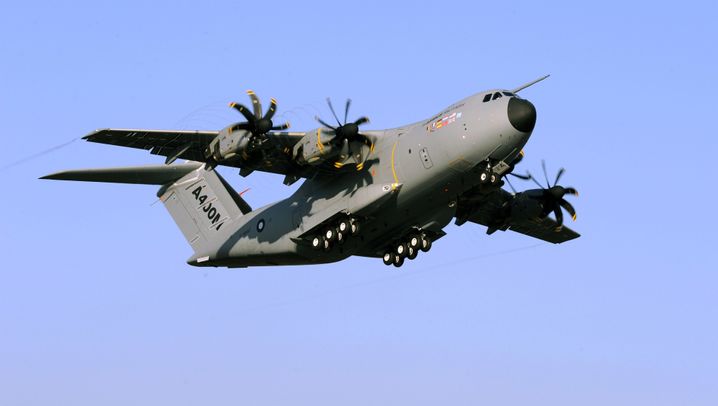 The documents state that one of the computers controlling the engines showed a malfunction on the turboprop plane a half an hour into the flight. The replacement system received only insufficient data on the position of the thrust levers, so that one of the four engines was automatically switched to idle operation for safety reasons.

The pilots could have tried to solve the problem by shutting off the engine and restarting it in flight. But they seemed to have judged that as too risky, because a failure to restart the engine would have forced them to land with one shut-down propeller.

After the landing, a new control module was immediately ordered for the affected engine. An Airbus spokeswoman said the safety of the aircraft had at no point been in danger as a result of the malfunction during the flight. "It is completely normal for such unexpected incidents to occur during test flights," she said. The problem had now been fixed, she added.

The A400M project has been marred by cost overruns and lengthy delays.