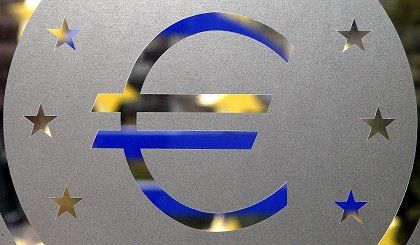 Europe may not be interested in a common financial crisis strategy after all.

For a while this week, it looked as though the European Union was preparing to come up with a bloc-wide response to the growing financial crisis. On the eve of a mini-summit in France to discuss a possible strategy, however, a consensus seems to be emerging that the piecemeal approach European countries have been using to confront specific threats may be good enough.

Indeed, with France and Germany both distancing themselves from an apparently Dutch plan to set up a €300 billion ($415 billion) EU rescue fund, it is unclear just what Saturday's meeting -- which will see leaders from France, Germany, Italy and Britain meet in Paris along with European Central Bank head Jean-Claude Trichet and Luxembourg Prime Minister Jean-Claude Juncker -- might accomplish. Plus, according to a Thursday evening report published on the Web site of the Financial Times, EU countries not attending the meeting have said the select group has no authority to take decisions for the entire 27-member bloc.

"It is right that individual countries would want to take their own decisions, particularly when national taxpayers' money is potentially at risk," a spokesman for British Prime Minister Gordon Brown said on Thursday.

It now looks as thought the much-touted meeting may devolve into little more than a sharing of ideas and national strategies. According to the Financial Times, one concrete idea left on the table is that of developing common standards on guaranteeing bank deposits. Some were displeased by Ireland's blanket guarantee of all bank deposits this week, a move that was mirrored by a similar political guarantee made by Greece on Thursday.

Saying that Greece's banking system is "totally safe and reliable," Finance Minister George Alogoskoufis said, "I must also state that citizens' deposits in all banks that operate in Greece are absolutely guaranteed."

The idea of an EU rescue fund was apparently first proposed by the Netherlands and supported initially by France. Germany, however, quickly voiced its disapproval and on Thursday, French President Nicolas Sarkozy pulled the plug. "I deny the sum and the principle (of the proposed rescue scheme)," he said.

Still, Europe continues to struggle as shockwaves from the crisis hit the continent. Late on Thursday night, a number of banking and insurance leaders in Germany agreed on the details of the €35 billion plan to save ailing mortgage bank Hypo Real Estate, first announced last week. The European Union, which had taken a close look at the bailout, also gave it a green light on Thursday afternoon.

In Switzerland, UBS, which has been hit hard by the US crisis due to its overexposure to the American subprime mortgage market, announced it was cutting 2,000 investment banking jobs. The cuts come in addition to the 4,100 other employees the bank has cut in the past year.

The European Central Bank meanwhile left interest rates steady at 4.25 percent on Thursday but opened the door to the possibility that the rate could be cut in November. In announcing the decision to hold steady, ECB head Trichet said bank officials had discussed lowering the rate, a comment which sent the euro plunging to its lowest rate against the dollar in 13 months. The ECB has been accused of ignoring darkening economic clouds in Europe and focusing too much on combating euro-zone inflation, which, at 3.6 percent, remains well above the bank's target of 2 percent.

Those economic fears were exacerbated on Friday with France announcing it expected negative growth in the third and fourth quarters of this year, meeting the commonly agreed definition of recession. A number of economists are predicting that the euro-zone economy will follow suit. The economy contracted in the second quarter and third quarter performance has not yet been announced.