For months, the automobile industry celebrated the subsidy, but now Germany's cash for clunkers bonanza is over: The government fund to pay so-called "scrapping bonuses" for old cars for consumers who wanted to purchase new, environmentally friendlier vehicles has run out. On Wednesday, the last of billions in funding had finally been spent.

Critics of the program, who claim it artificially boosted sales and would merely delay a coming reckoning day, are already saying they told us so. "The federal government didn't do the automobile industry any favors with the scrapping bonus," says Stefan Bratzel, a professor at the University of Applied Sciences in Bergisch Gladbach near Cologne who specializes in the automotive industry. He says carmakers will pay a huge price for the economic bubble created by the premium, and that "2010 will be a horror year for the car industry."

Bratzel is far from alone with his opinion. Many analysts believe the industry is threatened with a brutal collapse in revenues. Consulting firms like Germany's AlixPartners and Roland Berger are predicting a dramatic drop in the number of new car registrations in the coming year, saying that car dealerships' lots will be filled with unsold cars. Under the cash for clunkers program, many consumers made the decision to purchase a new car earlier than they might otherwise have done. In addition, analysts are anticipating higher unemployment in Germany and an associated slump in consumer spending. They say the prospects in 2010 for both carmakers and dealers are gloomy.

German Industry Will Be Harder Hit than Others

It's a disappointing twist for a program that started out so successfully. Earlier this year, the German government fast-tracked its cash for clunkers program, making billions available in order to support the flagging automobile industry. Close to 2 million German consumers went on car shopping sprees and scrapped their old cars in order to get a €2,500 ($3,575) payment from the government. The industry celebrated the development. And more than a dozen countries adopted the German model, including the United States, with its "cash for clunkers" program and France, with its prime à la casse scheme. But none of those programs was as big as that in Germany, where the government pumped €5 billion ($7.13 billion) into the scrapping bonus.

The impact the phasing out of cash for clunkers is expected to have in Germany is greater than in other countries, too. For 2009, the German Association of the Automotive Industry (VDA) is forecasting sales of more than 3.5 million vehicles. But next year that figure could be down by as many as 1 million cars, according to auto expert Stefan Bratzel. And that's dramatic -- the last time so few cars were sold was back in the 1970s, and those figures were solely for what was then West Germany.

The consequences for the industry could be disastrous. The companies that have benefitted most from the cash for clunkers program will feel the pinch more than any others, namely companies that produce small cars like Volkswagen, Opel and Ford, which has a major European plant in Cologne. Manufacturers of larger sedans, like Daimler and BMW, will hardly feel the difference, since the lion's share of car sales under the cash for clunkers program were of small models. But industry expert Bratzel believes auto dealerships will be hit hardest. "VW and other carmakers will be able to increase their focus on foreign markets, but dealerships won't have any fallback position. They will be hit the worst," he says.

It is undisputed that the industry, which is one of the biggest employers in Germany, will respond to the end of the scrapping bonus with radical job cuts in order to cushion companies from the coming decline in sales. Bratzel believes that in the next three years, up to 10 percent of the current 750,000 jobs in the German automobile industry will be eliminated. Consultants at Roland Berger take an even more pessimistic view, believing as many as 90,000 jobs are at risk. Even if companies make such deep cuts, it may not be enough to save them. A study by AlixPartners found that in 2008, 22 percent of European auto parts suppliers were close to bankruptcy; by the end of this year, that figure could rise to between 30 and 50 percent.

But the coming crisis is not simply a product of the global recession -- it is also a result of the failure of the automobile industry in recent years to eliminate its overcapacity. Even today, carmakers have been trying to push as many cars out onto the market as they could. In many cases, they only found buyers through aggressive discounts or because of the scrapping bonus.

In addition, many carmakers remain unwilling to concede their strategic errors. On Wednesday, representatives of automobile industry associations praised the success of the cash for clunkers program. "For the automobile sector, these subsidies were the best thing one could imagine," says Robert Rademacher, president of the Central Association of the German Automotive Industry. Nor does he seem to be bothered by the horror forecasts for 2010. "I am assuming that our companies in many cases are already preparing for a weak year in 2010. We will get through that, too," he says. Industry association VDA, meanwhile, says the situation in the coming months will likely "improve gradually."

Expert Bratzel, however, sees no reason for optimism. "Manufacturers and dealers need to finally understand that they need to reorganize. We need a change in culture." Right now, he argues, there are too many car dealerships in Germany. He'd like to see more mergers and takeovers in order to create larger and more powerful dealerships that would benefit from lower costs.

Still, even if the industry were to directly implement such proposals, analysts do not believe there will be a recovery in the automobile sector before 2013. The outlook is too bad for growth to happen before that. The one thing everyone seems to agree on is that the party is over. 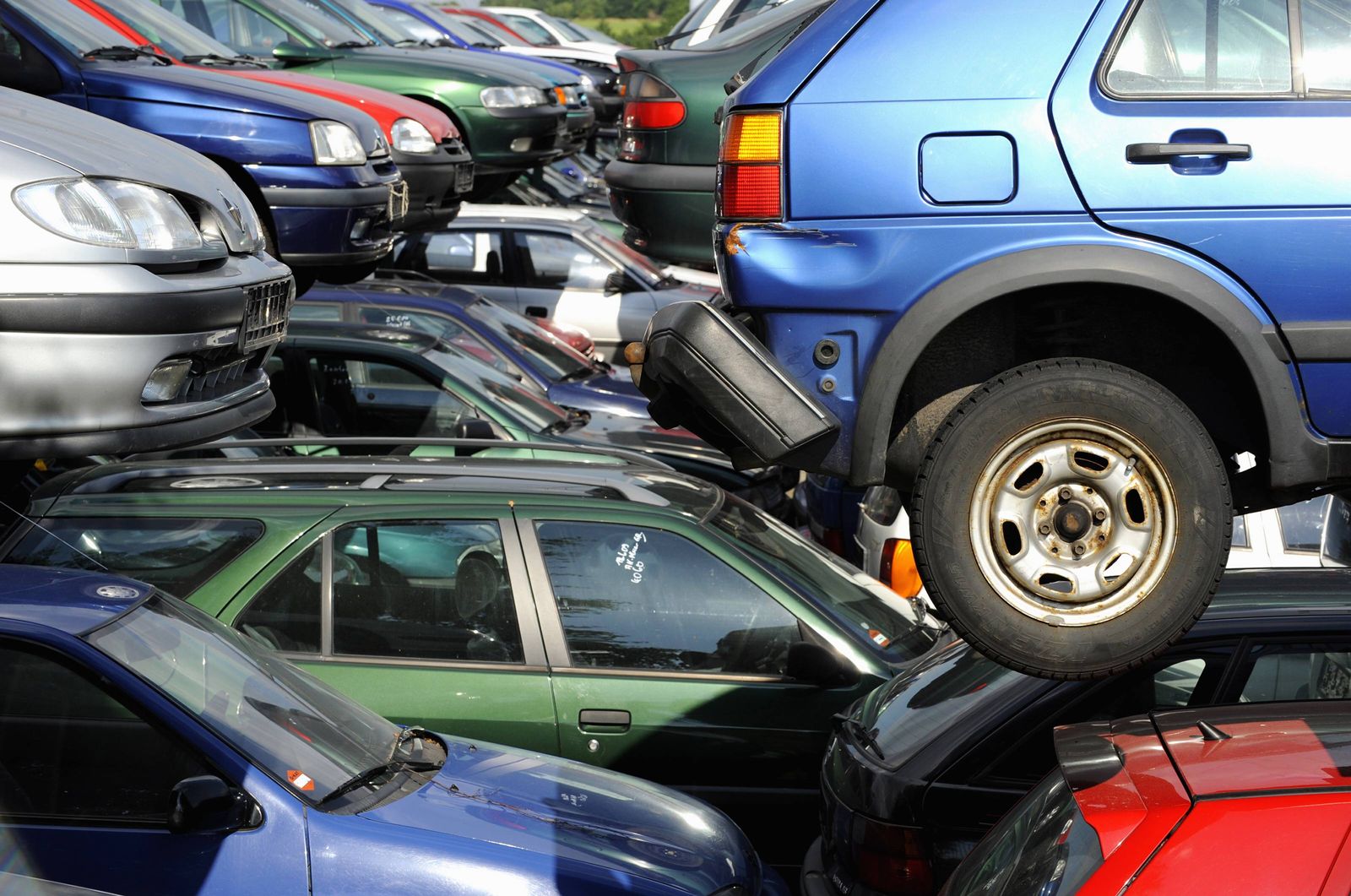 Germany has suspended its cash for clunkers program. Experts are warning of a terrible year for carmakers: "The federal government didn't do ... the industry any favors."