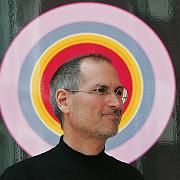 When it comes to charges of monopolistic behavior in the information technology industry, it tends to be software giant Microsoft that is in the dock. This time, however, it's Apple -- the perennial plucky underdog -- that is under scrutiny for a change.

The European Commission confirmed Tuesday that it has opened an anti-trust probe into Apple's iTunes online music store and the way the US-based firm does business in Europe. According to the Commission, agreements between Apple Inc. and major record labels could be violating Europe's strict rules against restrictive business practices.

European Commission spokesman Jonathan Todd said that consumers were "restricted in their choice of where to buy music and consequently what music is available, and at what price."

The charges center on the fact that iTunes prevents users in one country from downloading from one of their Web sites in another European Union country. So if you are in Spain and want to buy music from, say, the Belgian iTunes Web site -- you can't. And the country you live in also determines how much you pay for a song. The price of an iTunes song in the United Kingdom is 0.79p (€1.16) but it costs only €0.99 in other EU countries like France and Germany. In fact, it was a complaint from the British consumer watchdog Which? about that price difference that launched the current investigation.

The Commission has sent Apple a "statement of objections" alleging that its agreements with record labels "contain territorial sales restrictions which violate" EU competition rules. It has also written to record companies Sony BMG, Universal, Warner and EMI. Apple and the other companies have two months to respond.

In its defense, Apple said it had always wanted to offer a full pan-European service but was restricted by the demands of the record industry. "We were advised by the music labels and publishers that there were certain legal limits to the rights they could grant us," it said in a statement.

The company could face a considerable fine if it is found guilty of violating EU competition rules. The fines could be as much as 10 percent of Apple's worldwide annual revenue, according to the Associated Press.

The company was adamant it had done nothing wrong, however. "We don't believe Apple did anything to violate EU law," Apple spokesman Steve Dowling told AP Tuesday. "We will continue to work with the EU to resolve this matter."

The charges come a day after Apple announced that it is to sell EMI's music on iTunes without its DRM piracy protection software, which makes it difficult to play iTunes tracks on other MP3 players than Apple's iPod. The move, which makes it easier to copy iTunes songs, marks a huge change for the music downloading business and is likely to force other record companies to follow suit.