Nouriel Roubini is one of the most prominent and enigmatic economists in the world. He correctly predicted the bursting of the U.S. housing bubble in addition to the 2008 financial crisis along with the ramifications of austerity measures for debt-laden Greece. Roubini is famous for his daring prognostications and now, he has another one: He believes that coronavirus will lead to a global economic disaster and that U.S. President Donald Trump will not be re-elected as a result.

DER SPIEGEL: How severe is the coronavirus outbreak for China and for the global economy?

Roubini: This crisis is much more severe for China and the rest of the world than investors have expected for four reasons: First, it is not an epidemic limited to China, but a global pandemic. Second, it is far from being over. This has massive consequences, but politicians don’t realize it.

Roubini: Just look at your continent. Europe is afraid of closing its borders, which is a huge mistake. In 2016, in response to the refugee crisis, Schengen was effectively suspended, but this is even worse. The Italian borders should be closed as soon as possible. The situation is much worse than 1 million refugees coming to Europe.

DER SPIEGEL: What are your other two reasons?

Roubini: Everyone believes it’s going to be a V-shaped recession, but people don’t know what they are talking about. They prefer to believe in miracles. It’s simple math: If the Chinese economy were to shrink by 2 percent in the first quarter, it would require growth of 8 percent in the final three quarters to reach the 6 percent annual growth rate that everyone had expected before the virus broke out. If growth is only 6 percent from the second quarter onwards, which is a more realistic scenario, we would see the Chinese economy only growing by 2.5 to 4 percent for the entire year. This rate would essentially mean a recession for China and a shock to the world.

"The Chinese government will need a scapegoat."

DER SPIEGEL: And your last point?

Roubini: Everyone thinks that policymakers will react swiftly but that’s also wrong. The markets are completely delusional. Look at fiscal policy: You can do fiscal stuff only in some countries like Germany, because others like Italy don’t have any leeway. But even if you do something, the political process requires a great deal of talking and negotiating. It takes six to nine months, which is way too long. The truth is: Europe would have needed fiscal stimulus even without the corona crisis. Italy was already on the verge of a recession, as was Germany. But German politicians aren’t even thinking about stimulus, despite the country being so exposed to China. The political response is a joke - politicians are often behind the curve. This crisis will spill over and result in a disaster.

DER SPIEGEL: What role do the central banks have to play?

Roubini: The European Central Bank and the Bank of Japan are already in negative territory. Of course, they could lower rates on deposits even further to stimulate borrowing but that wouldn’t help the markets for more than a week. This crisis is a supply shock that you can’t fight with monetary or fiscal policy.

DER SPIEGEL: What will help?

Roubini: The solution needs to be a medical one. Monetary and fiscal measures do not help when you have no food and water safety. If the shock leads to a global recession, then you have a financial crisis, because debt levels have gone up and the U.S. housing market is experiencing a bubble just like in 2007. It hasn’t been a time bomb so far because we have been experiencing growth. That is over now.

DER SPIEGEL: Will this crisis change the way the Chinese people think of their government?

Roubini: Businesspeople tell me that things in China are much worse than the government is officially reporting. A friend of mine in Shanghai has been locked in his home for weeks now. I don’t expect a revolution, but the government will need a scapegoat.

DER SPIEGEL: Such as?

Roubini: Already, there were conspiracy theories going around about foreign interference when it comes to swine flu, bird flu and the Hong Kong uprising. I assume that China will start trouble in Taiwan, Hong Kong or even Vietnam. They’ll crack down on protesters in Hong Kong or send fighters over Taiwanese air space to provoke the U.S. military. It would only take one accident in the Strait of Formosa and you would see military action. Not a hot war between China and the U.S., but some form of action. This is what people in the U.S. government like Secretary of State Mike Pompeo or Vice President Mike Pence want. It’s the mentality of many people in D.C.

DER SPIEGEL: This crisis is obviously a setback for globalization. Do you think politicians like Trump, who want their companies to abandon production abroad, will benefit?

Roubini: He will try to reap benefits from this crisis, that’s for sure. But everything will change when coronavirus reaches the U.S. You can’t build a wall in the sky. Look, I live in New York City and people there are hardly going to restaurants, cinemas or theaters, even though nobody there has been infected by the virus thus far. If it comes, we are totally fucked.

"Trump is dead. Quote me on that!"

Roubini: Not at all. He will lose the election, that’s for sure.

DER SPIEGEL: A bold prediction. What makes you so sure?

Roubini: Because there is a significant risk of a war between the U.S. and Iran. The U.S. government wants regime change, and they will bomb the hell out of the Iranians. But Iranians are used to suffering, believe me, I am an Iranian Jew, and I know them! And the Iranians also want regime change in the U.S. The tensions will drive up oil prices and lead inevitably to Trumps defeat in the elections.

DER SPIEGEL: What makes you so sure?

Roubini: This has always the case in history. Ford lost to Carter after the 1973 oil shock, Carter lost to Reagan due to the second oil crisis in 1979, and Bush lost to Clinton after the Kuwait invasion. The Democratic field is poor, but Trump is dead. Quote me on that!

DER SPIEGEL: A war against Iran is needed to beat Trump?

DER SPIEGEL: What should investors do to brace for the impact?

Roubini: I expect global equities to tank by 30 to 40 percent this year. My advice is: Put your money into cash and safe government bonds, like German bunds. They have negative rates, but so what? That just means that prices will rise and rise - you can make a lot of money that way. And if I am wrong and equities go up by 10 percent instead, that’s also OK. You have to hedge your money against a crash, that is more important. That’s my motto: "Better safe than sorry!" 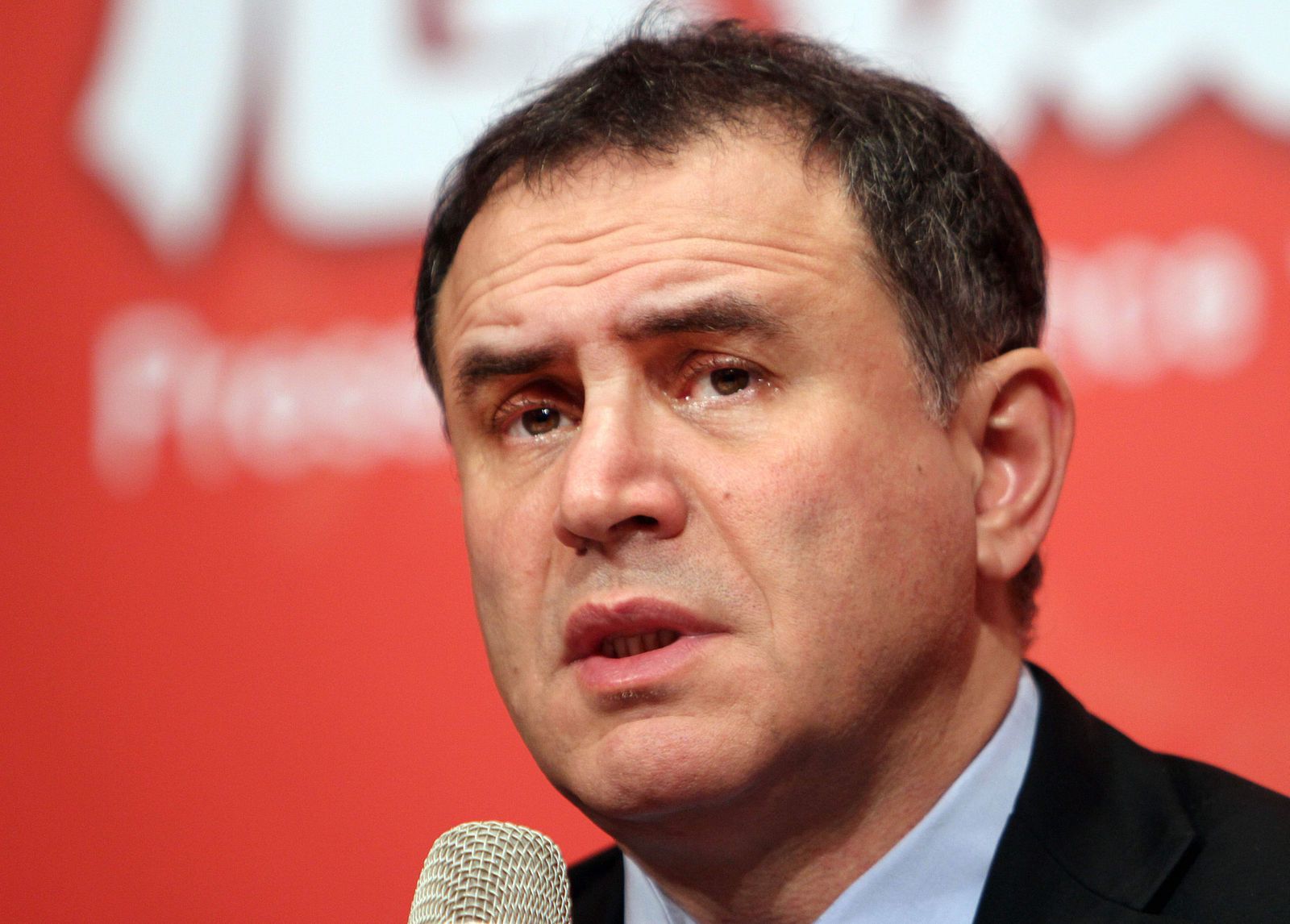