The announcement still managed to come as something of a surprise. On Thursday afternoon, General Motors' supervisory board agreed to sell the company's European subsidiary, Opel, to Canadian-Austrian car parts supplier Magna and Russia's Sberbank. Magna officials claim GM hasn't imposed any additional conditions on the investor consortium, and German Chancellor Angela Merkel also said that no further concessions had been requested from the German government.

Nonetheless, not everyone is convinced. "We are not through this," an insider working closely with Magna told SPIEGEL ONLINE. GM will become a reliable business partner, the insider said, "but only once the deal is signed." "We can't allow ourselves to be misled." During negotiations, the insider noted, too many people had been "led astray over and over again." 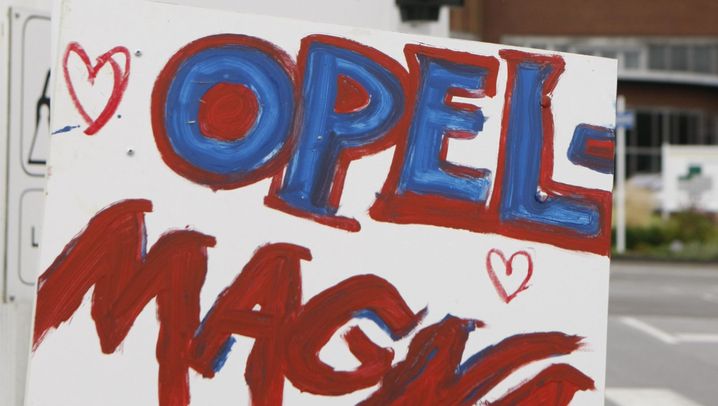 Such skepticism is justified. At the same that Merkel was praising the sale, GM chief Fritz Henderson was presenting his view of things. GM would continue to work closely with Opel, he said, so that all stakeholders could benefit from the new ownership structure, which would including sharing technology and development capacity. Vehicles like the model of the electric car Ampera were so expensive to produce, he added, that they could only be brought onto the market through a cooperative effort.

But there is much indicating that the real friction will only truly begin once such cooperation becomes a reality. Even if the participants manage to iron out every detail of this agreement, a close working relationship between all the partners is not guaranteed. Everyone is well-aware that there is still plenty of opportunity for conflicts.

Who Will Have the Final Say at Opel?

Under Thursday's deal, Magna and Sberbank are slated to purchase a 55 percent stake in Opel, with GM retaining 35 percent and the remaining 10 percent going to workers. Responsibility for operations at Opel will lie with Magna.

At least that's the case in theory. But it remains to be seen how the partners will actually work together in the future. It is unclear whether Magna and Sberbank will always work in tandem -- GM's chief negotiator has said that the Russian bank is a stand-in for Russian auto manufacturer Gaz -- or whether General Motors and Opel staff will always see eye-to-eye.

If the complicated setup proves to be too fragile, shares could theoretically be sold back. Should any partner want out of the deal, GM might be able to purchase its shares back. And should GM somehow accumulate more than 50 percent of the shares again, then it would once again have power over Opel. At the moment though, both Magna and the Russians are talking about longer-term solutions.

What Will Happen to Opel's Employees?

Currently, it looks as though Magna will be able to implement its original plan without restrictions. That means that Opel and its British sister operation, Vauxhall, will see around 10,000 layoffs across Europe. Magna still hasn't made any announcements about any plans to layoff workers in Germany.

What is known is that all the German plants -- in Rüsselsheim, Bochum, Eisenach and Kaiserslauten -- will be preserved. Magna has also promised to invest billions in its German plants.

Compared to other options, this plan sounds the most positive to Opel's German employees. If Opel had been pushed into insolvency, the job losses would have been even greater than those planned by Magna. And if GM had decided to keep the company, it would have had to make deep cuts.

Likewise, the German government had rejected the sale of Opel to Belgian-based private equity investor RHJ International, which would have entailed 11,000 job cuts and threatened Opel's German plants in Eisenach and Bochum and a Belgium plant in Antwerp.

It's not surprising, then, that workers and politicians are breathing a sigh of relief over the breakthrough with Magna.

What Role Will Governments Play?

Without the aid of the German government, the deal wouldn't have happened. First, Berlin extended Opel a €1.5 billion credit line so that the carmaker could survive the current transitional period. And the deal with Magna and Sberbank will also be supported financially to the tune of a further €3 billion provided jointly by the federal government and the governments of the states with Opel plants. The money is supposed to be repaid with interest so that, if all goes well, it will turn a profit for its public lenders.

The German government has no plans to interfere with Opel's current operations. But officials in Berlin have made it clear they they will only be forthcoming with financial aid if all of the German plants are kept open. GM has always been reluctant to make such promises, but Magna has agreed to fulfill them.

The United States government has also played an important role in the fight over Opel. Officially, the Obama administration doesn't have anything to do with the running of GM. But it is also true that Washington owns more than 60 percent of the US auto-manufacturing giant. After the company was declared insolvent, the US government took a majority share in the firm. But whether the Obama administration influenced this Opel deal is unknown.

The problem for Washington is that the US government doesn't want any of its taxpayer dollars going to Europe. And the German government doesn't want a single euro of the money lent to Opel heading to America. But given the complicated new international ownership structure, it will be almost impossible for either side to maintain its position -- and eventual conflict between Berlin and Washington is almost inevitable.

What Will the Various Affiliations and Partnerships Look Like?

The question of how closely Opel will continue to work together with GM has been a disputed one from the very beginning. From the American point of view, owning Opel secured GM access to the European market as well as to the Russian and Central Asian markets. This was worth a lot -- at least according to the faction on the GM board led by Bob Lutz, head of marketing, which came out strongly against the sale of Opel. It all revolved around what they saw as GM's effectively abandoning these markets. In the end, the faction argued, regaining a foothold in these markets could be more expensive than restructuring Opel. Henderson's requirement that Opel remain bound to GM seems to be a reaction to those sorts of concerns.

For Magna, this could mean that every decision made at Opel that has the potential to distance the subsidiary from its former parent concern will be contested. The efforts of GM officials to influence the European operation -- and not just strategically -- may make it difficult for Magna to really put its stamp on Opel.

What Will Opel's Strategy Be?

Opel's future strategy is just another item on the agenda for debate. Just as before this deal, there is still plenty of skepticism about the carmaker's market position.

When it comes to competition with larger carmakers -- such as Germany's Volkswagen or the French company, PSA, which makes Peugeots and Citroëns -- Opel simply lacks size. With only 1.8 million cars sold annually, Opel is not large enough to dictate prices to suppliers. It is hard to imagine that Magna would be willing to cross-subsidize its new subsidiary through rebates.

On the other hand, Opel is hardly in a position to make up for the higher cost of parts by demanding premium prices for its vehicles because it simply isn't a prestigious brand.

What New Markets Are Available to Opel?

The question of which markets Opel could sell cars in was also the cause of wrangling during negotiations. Major disagreements started during negotiations over the division of the Russian market between the companies. The Magna consortium wanted the distribution rights for Chevrolet in Russia, which is currently handled by Opel.

Over time, though, GM would hardly be able to accept a secondary role in a market as dynamic and potentially lucrative as Russia's.

Could GM's Technological Know-How End up in Russia?

In the long run, the question of the degree to -- and price at -- which Opel will be able to depend on GM technologies could also prove to be the source of conflict. During talks, the GM negotiators made it clear that the prospect of Russian carmaker Gaz, as a possible future minority shareholder, being able to just reach in and grab from GM's supply of innovations was horrifying to them. As part of the deal, a link up between Opel and Gaz is expected, with the Russia carmarker hoping to produce as many as 180,000 cars a year at its main plant. But Detroit could also endeavor to make some money from the deal by licensing GM patents to oversees partners.

The wrangling over technology is likely to become especially bitter if it concerns such projects as the electric motor. When it comes to this sort of technology, the Germans will most likely claim credit for themselves. And that will remain the case even if the patents eventually wind up in Detroit. It's unlikely that GM's tough negotiators will be willing to compromise on this issue. 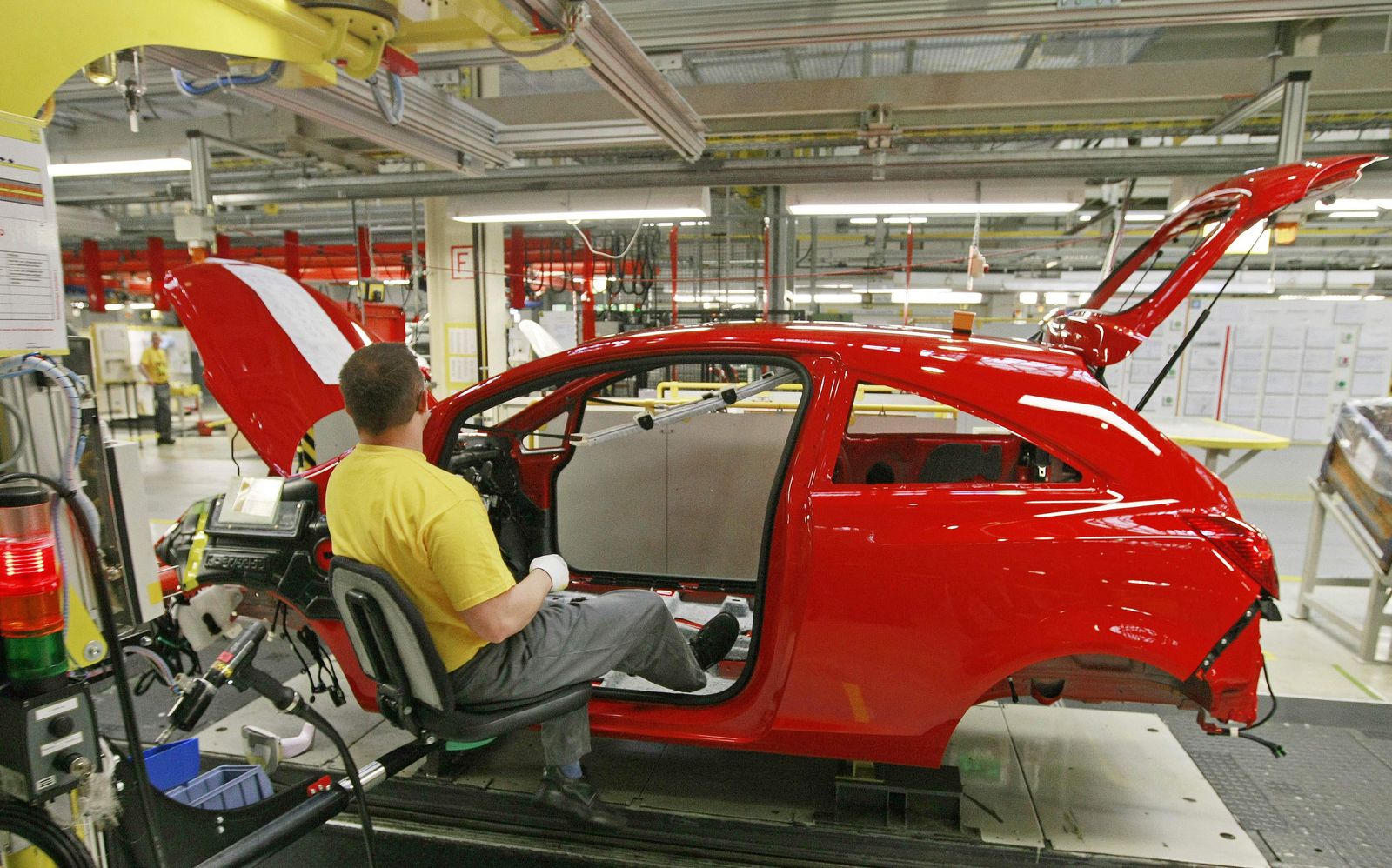 An Opel plant in Eisenach in the eastern German state of Thuringia. Chancellor Angela Merkel welcomed the sale, which came after a two-day meeting of GM's board. 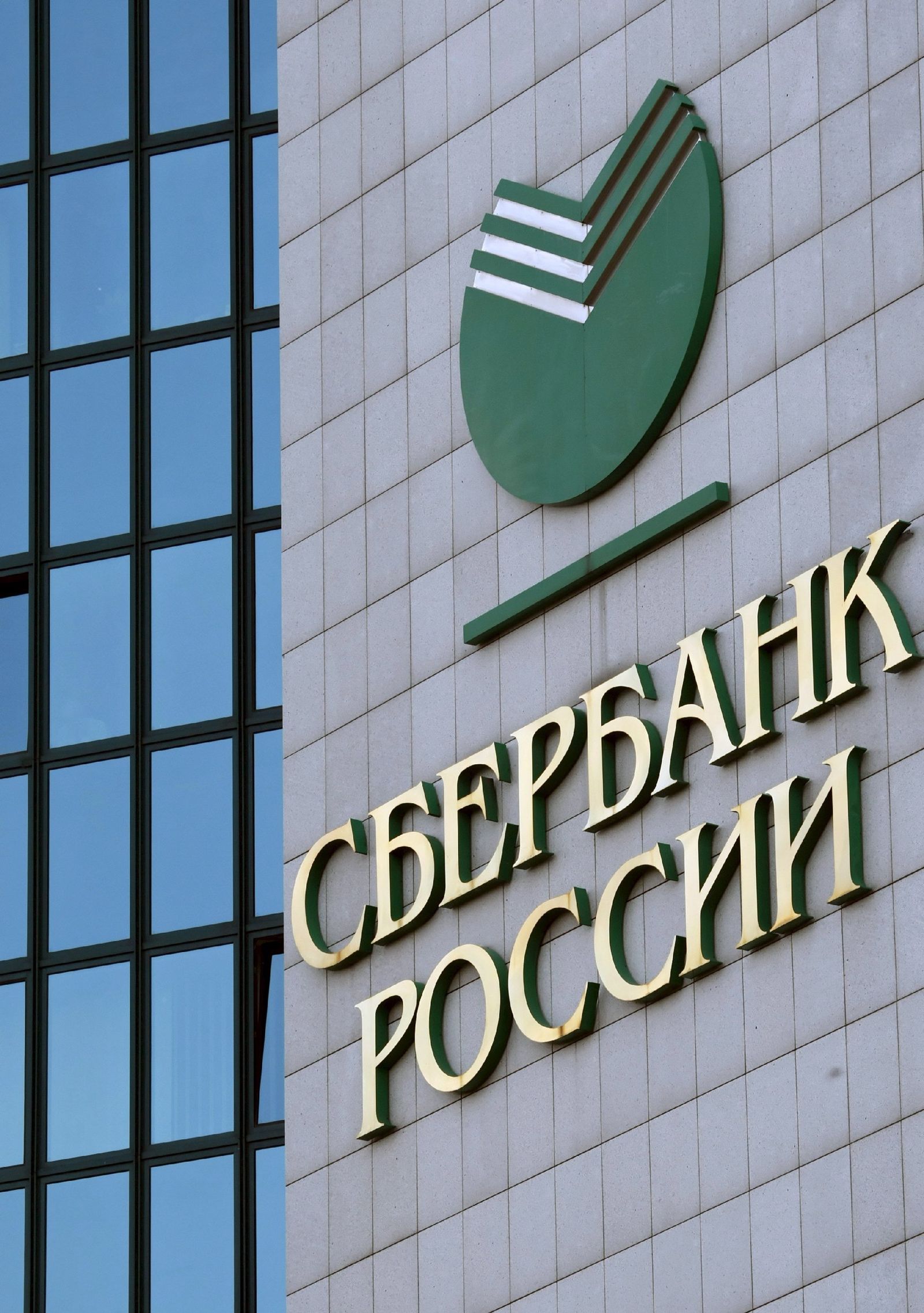 Sberbank chief executive German Gref described the deal's structure as "complicated." He added that it was an important intermediate step but not a final one.