Rupert Murdoch has no use for computers. The 78-year-old Australian-American media billionaire doesn't like e-mail, he avoids the Internet and he even has trouble using his mobile phone. He doesn't exactly fit the picture of an online messiah.

But in recent weeks, Murdoch startled the publishing world when he uttered a few sentences that were as simple as they were revolutionary, such as: "Quality journalism isn't cheap." That led to his decision to start charging for online use of his many newspapers around the globe in the coming months. If Murdoch has his way, the days of free culture on the Internet will be numbered.

It didn't take much time after the remarks by Murdoch, CEO of News Corporation and owner of hundreds of newspapers and television stations, for the response to start pouring in: publishers the world over agreed. If anyone needed proof that Murdoch is still the mogul of media moguls, this was it.

Murdoch, of all people -- the man biographer Michael Wolff recently complained doesn't even know "what the Internet is." The old man, Wolff added, might be on the verge of bringing about important changes on the Internet, but only "if he can find it."

The aging businessman may indeed know little about the Internet, and no one knows how serious he is about his idea. But one thing is certain: A man like Murdoch is not about to stand on the sidelines while he loses money. He has also struck a nerve in the industry, once again.

Free Content: A Steep Cliff for a Herd of Lemmings

Everyone dreams of making real money on the Internet, from the Sunday Times to the Nordkurier, a regional paper in northeastern Germany. Until now, publishers have generally given away their content on the Web, hoping to make their money with advertising revenues. They have realized that charging for their content is bad for business, at least as long as readers can find what they're looking for elsewhere. The New York Times tried it and, like many others, abandoned the attempt.

But now advertising is in sharp decline -- on the Web, too -- and with it a business model, or at least the hope of creating one. So far the concept has only been successful for a few providers, including SPIEGEL ONLINE. The free Web culture holds "about as much future for journalism as a steep cliff for a herd of lemmings," warns Walter Isaacson, the former managing editor of Time. But what is the alternative?

Can readers become accustomed to paying for content once again? Or is paid content merely committing suicide out of fear of death?

It seems that some publishing executives are worried about the question of what sort of original content they could even sell to their customers that isn't available a mouse click away, and free of charge. The anxiety-provoking answer to that question is simple: nothing.

Paid content is a test of two things: the assessments of readers and the confidence of publishers in their own content.

The Financial Times' Model for Success

For Lionel Barber, having confidence in his content isn't an issue. The editor-in-chief of the venerable Financial Times is wearing wine-red cowboy boots with a typical London outfit of gray flannel trousers and a light-blue shirt. From his glass-enclosed corner office, Barber has a view of the Thames on one side and of his large newsroom on the other.

The newsroom resembles a bank's trading room, with roughly 400 journalists sitting next to each at long rows of tables. "Our nerve center," says Barber. After Barber eliminated separate editorial offices in 2006, everyone in the newsroom now writes for both online and print. "Both are equally valuable to us," he says. "And we have made sure that everyone understands that."

The FT has been making money on the Internet for the past seven years. Anyone who reads more than two FT articles a month on his personal computer automatically receives a request to register. Users who wish to read more than 10 articles must shell out about €180 ($257) a year for an online subscription. Subscribers to the print version receive a discount.

In the past, the online subscription threshold was at 30 articles. When Barber reduced it to 10, his paid circulation went up to 117,000. Today, 21 percent of the FT's income comes from the Internet.

The model ensures that all content on the FT's Web site can initially be accessed free of charge, which brings up the click-through rate (CTR). The publishers reckoned that anyone who valued the publication enough to read it more often would be prepared to pay for it. Their gamble has paid off. And even though the FT has not been unaffected by the crisis, advertising prices have not suffered, because the FT is now able to offer its advertising customers readers who haven't just found the site coincidentally through a search engine, but are reading it out of conviction.

Barber admits that it is easier for the salmon-pink paper to charge for its online content than complimentary newspapers because it is considered indispensable in the financial community. But every paper, he says, has something that others don't have. "And if they don't, the publisher should make every effort to find something."

It's easy for Barber to say, since he works for a paper whose CEO was long a journalist. John Ridding, who has been with the FT for more than 20 years, believes that publishing houses have two options. One is to save money, thereby entering a downward vicious circle. The other is to uphold their confidence in the value of journalism and expect readers to pay for it. "A newspaper's most important relationship should be with its readers, not the advertising industry," says Ridding.

This isn't quite true for the FT, which depends heavily on advertising revenues to pay its staff of more than 550 journalists, from Stockholm to Sao Paulo. But perhaps the fixation on Internet advertising revenues has clouded some media publishing executives' view of the idea that journalism is about more than filling the space next to the ads.

A Glut of Wire Service Reports and Photo Galleries

Many newspapers' Web sites contain the same reports from news agencies. Or they contain photo galleries that don't even conceal the only reason to look at them: Click me! For some publishers -- aside from the flagships of the industry -- online is still considered second-class journalism, partly and precisely because it is given away on the Internet.

Former Time CEO Isaacson hopes that paid content will also be an "opportunity to readjust the compass to what readers consider to be valuable."

Simply charging for the same content, in a time of economic and advertising crisis, will hardly be sufficient. "Finding out what readers like and consider valuable takes more time and effort than some people believe," says Ridding.

The experiment is also ongoing at the FT. The paper is currently looking at ways to convince customers who are not interested in an annual subscription to pay for content.

Apple's online shop iTunes offers some inspiration. For 99 cents, users can buy individual songs, and a single password makes purchasing easy. Customers are not opposed to paying online, but they do object to complicated procedures, says Ridding. If a customer has to go through 10 steps to enter his credit card information, he is more likely to decide that the item may not be that important to him, after all.

So far publishers have lacked a straightforward technology. This is a gap that entrepreneur Steven Brill and the former publisher of the Wall Street Journal, Gordon Crovitz, hope to close with an ambitious project.

Their New York firm Journalism Online has developed a payment platform that enables readers surfing the Web to use the same password to pay for content on various news sites. Last week the company founders reported that 506 newspapers and magazines were already participating in the project, which is slated to begin this fall.

'The Issue Now Is How and When'

Each publisher can decide whether it wants to charge readers per article or a monthly subscription. But an all-you-can-read flat rate for all participating newspapers is also a possibility. "We have put the question of whether publishers want paid content behind us. The issue now is the how and when," says Brill.

Murdoch has also turned his corporation into a laboratory, where a team has been established to investigate payment concepts for all the newspapers in his empire. "Paid content doesn't mean erecting a tall fence around every Web site and charging money to get in," says Gordon McLeod, president of The Wall Street Journal digital network, which has been part of Murdoch's domain for the past two years. Some sites, says McLeod, will be able to charge for a lot of content, while others will have to remain largely free of charge. He believes in what he calls a "freemium," or a mixture of free and premium content.

His paper has avoided the cardinal error of the Internet. Since 1997, the Wall Street Journal's Web site has charged for some things, particularly the kind of content that makes the paper unique: financial and technology reports. Subscribers have free access to all paid-content stories. The paper's 1 million online subscriptions generate roughly $100 million in annual revenues today.

After 2007, Murdoch made no secret of the fact that he was considering making the Journal's Web site completely free. But he was smart enough to abandon the idea. Instead, the paper will also begin charging small fees per article soon.

The experiments in New York and London haven't quite caught on in Germany yet, but for a positive reason: German print media are not in such dire straits as their American and British counterparts. In Great Britain, more than 50 smaller papers have gone under since last year, and in the United States even leading papers like the New York Times are faltering.

German publishers have taken a more defensive posture until now. Axel Springer CEO Mathias Döpfner, whose company is Europe's largest newspaper publisher, proposed the idea of obtaining ancillary copyrights for publishing houses, which would guarantee them a fee for the dissemination of their content on the Internet. The publishers rallied behind a joint statement, but few understand what it means. Acting as the industry's spokesman, publisher Hubert Burda -- whose company is home to Germany's second largest newsmagazine -- sharply criticized Google, saying the search engine is misappropriating publishers' content. But that's not what the future looks like. In fact, since Murdoch staked out his position, we now know what it holds.

Last week Springer CEO Döpfner suddenly announced that his publishing group will develop a mixed model of free and paid content by this autumn for regional newspapers like the Hamburger Abendblatt. And now mobile sites for Bild, Springer's mass-circulation tabloid, and Die Welt, the company's upmarket daily paper, are only available for a fee on the iPhone. Other publishers hope, and justifiably so, that users will be willing to pay for content on their mobile phones that they can get for free on their computers.

The system is far from mature, and not even Döpfner will say whether it will work. "But if we aren't even convinced that we have content for which readers are willing to pay, we might as well get out of publishing." 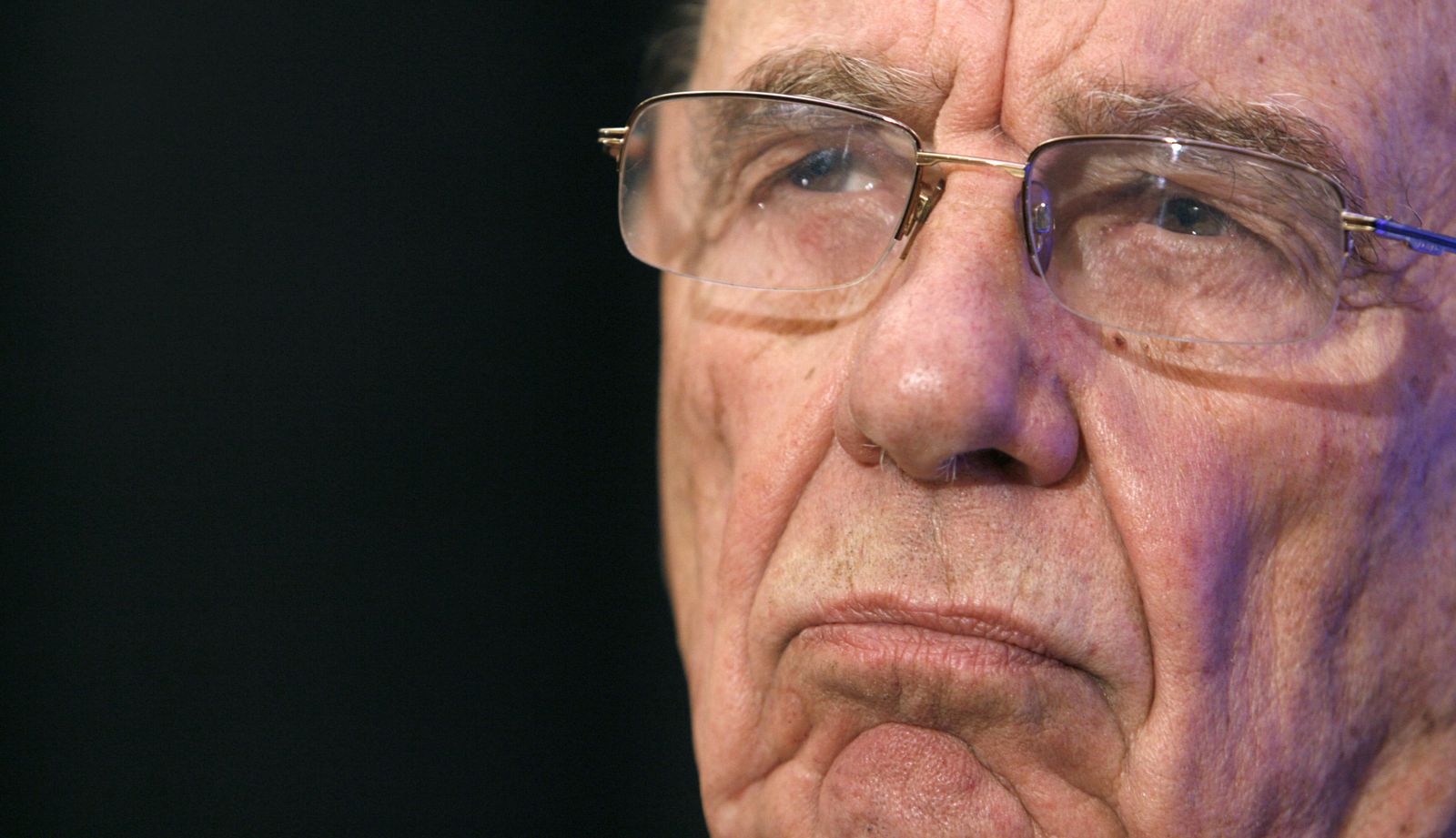