The Tuesday morning Volkswagen press conference was initially intended as a show of strength. Revenues, sales, profits - everything had trended upwards during a successful 2019. But the positivity evaporated despite the solid numbers. Because the coronavirus pandemic threatens to plunge the world's largest automaker into crisis.

VW CEO Herbert Diess warned in the virtual briefing of a "significantly worsening sales situation" and of "uncertainties in the supplies of parts to our factories." At the same time, he announced temporary factory closures. Already, production has been interrupted at the most important VW facilities in Spain, Portugal, Slovakia and Italy. Most other factories in Europe, including those in Germany, are likewise making preparations for halting production. Diess said the temporary closures would last between two and three weeks.

In a letter sent to VW workers on Tuesday morning, the company's works council was critical of the decision to continue work in German factories until the end of this week. Allowing shifts to continue until Friday, the letter stated, was too late. "We are expecting an orderly production stop," the works council wrote, adding that workers on the factory floor continued to work "shoulder to shoulder" even as the company has implemented regulations requiring employees to maintain a healthy distance between each other.

Just last week, works council head Bernd Osterloh blasted VW management for its crisis management. "We need leadership and responsibility from the executives, but it has been lacking," he said.

CEO Diess and Chief Human Resources Officer Gunnar Kilian insisted that the health of VW employees is the company's highest priority. Thus far, the company has recorded 25 coronavirus cases in its sites around the world, three of them at headquarters in Wolfsburg. One worker in Wolfsburg had direct contact with his coworkers, according to Kilian, adding that all of those who came into contact with the infected worker have been quarantined.

The coronavirus pandemic is hitting VW in the middle of its largest restructuring effort since its founding. The company is investing 60 billion euros in electric vehicles, digitalization and autonomous driving. But in order to generate that kind of money, the company needs stable profits – of the kind that have now become endangered because of the pandemic. The company has already withdrawn its 2020 sales and profit targets. "At the moment, it is impossible to make a reliable forecast," said Chief Financial Officer Frank Witter, adding that the length and severity of the crisis remained unclear. VW CEO Diess said that the Corona pandemic presents VW "with uncharted operational and financial challenges."

But the VW executives said that the company has not yet made any changes to its investment priorities. "We remain committed to our electric plan," Diess said and insisted that the new electric vehicle ID.3 will still be launched this summer as planned. The company also aims to meet EU CO2 emissions goals despite the crisis, with Diess saying he saw no reason to loosen the CO2 requirements because of the coronavirus crisis.

The VW chief executive did voice a small bit of optimism when it came to developments in the Chinese market, where the wave of infections began in early 2020. Thanks to "concerted action between the government and the company," it has been possible to rapidly resume production after a several-week interruption, Diess said. The showrooms have been reopened and sales are rising.

"That shows that good crisis management along with good communication between politicians and companies can lead to effective management even of a dramatic crisis like corona," Diess said. He added that he was cautiously optimistic that such a thing will happen in Europe as well. 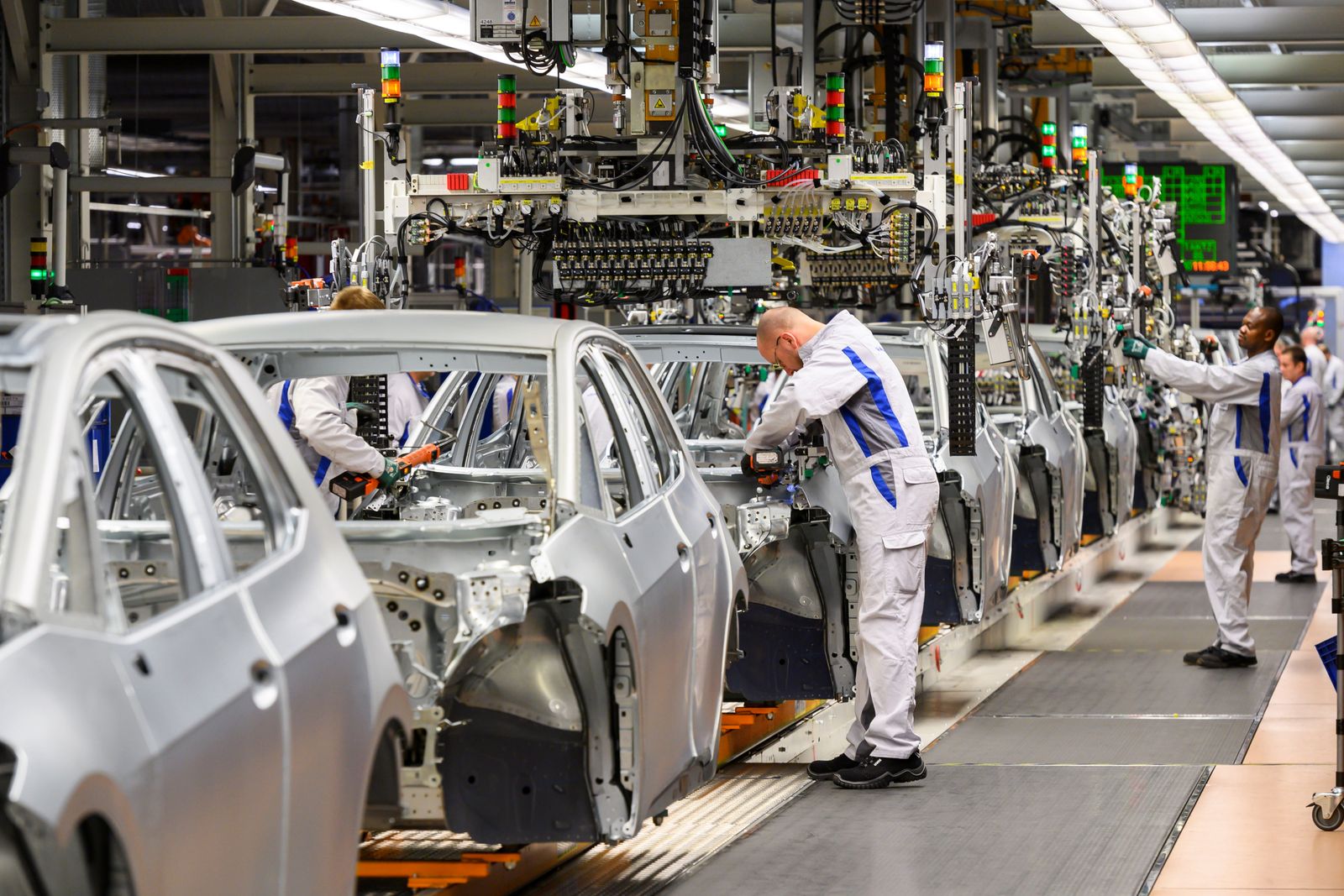