It wasn't so long ago that people viewed Q-Cells as an energy company of the future. At one point, it was the world's largest manufacturer of solar cells and quarter after quarter, it topped analysts' expectations. The company proved to be a money-making machine even during the financial crisis, with some believing it might one day grow to become part of Germany's DAX index of benchmark companies on the stock exchange.

At the end of 2007, the company was valued at close to €8 billion ($10.7 billion at today's rates). Q-Cells' production facilities were located in the city of Bitterfeld-Wolfen, in a former lignite mining area in the eastern German state of Saxony-Anhalt. The area was even dubbed "Solar Valley," a play on California's Silicon Valley.

For a some time now, though, the days have been growing darker in Solar Valley, and with this week's bankruptcy announcement by Q-Cells, things are looking to get even darker. On Tuesday, the company as expected submitted its official request to begin bankruptcy proceedings. The energy company of the future looks as though it may no longer have one. The company, it turns out, simply wasn't prepared for the fast changes that have buffeted the industry.

In 2011, Q-Cells posted a loss of €846 million. As of last Tuesday, the firm had a marginal value of only €35 million and Q-Cells' share price had plunged to just 9 cents. In Bitterfeld-Wolfen, concerns are growing about massive job losses among the 2,200 Q-Cells workers in the city.

But Q-Cells' insolvency also comes as a great shock to the Germany's solar industry. It is already the fourth major bankruptcy in a sector in crisis, and it underscores the degree to which German solar firms are being outpaced by competition from Asia -- despite billions in German government subsidies granted each year to the industry. And despite solar energy gradually becoming more competitive, the setbacks are rapidly mounting.

A String of Bankruptcies

In December 2011, two major solar companies slid into bankruptcy: Berlin-based Solon and Erlangen-based Solar Millennium. In the case of Solon, Indian firm Microsol acquired the core business; but of the company's 1,000 employees, only 400 remain employed today. Solar Millennium's bankruptcy came as a major blow to thousands of small investors who had lent the firm money.

In March 2012, Freiburg-based Scheuten Solar, the firm that presented what was the world's largest solar module at the time eight years ago, declared bankruptcy. The same month, power plant producer Solarhybrid and the Frankfurt an der Oder-based Odersun, which had been prestige projects supported by political leaders in the eastern state of Brandenburg, also filed for insolvency proceedings. Other bankruptcies are likely to follow.

The worst hit in the German solar crisis are companies that made bad business decisions. Most of the companies effected failed to wean themselves from reliance on government subsidies. The companies had all been aware that the market was rapidly changing, but they reacted too late or too slowly. Solar subsidies had been a highly effective political means of promoting the environmentally friendly technology, but in a rapidly maturing market, they are quickly losing their impact.

And the problem isn't the recent cuts to solar subsidies. The problem has been mismanagement across the industry in Germany.

Q-Cells is the best example. The company first began outsourcing large shares of its production to Malaysia in the summer of 2011. By then, it had been clear for years that Germans could no longer compete with Asian firms in the sector. The writing had long been on the wall and it didn't take a clairvoyant to see it.

In technological terms, solar cells are relatively easy to copy and manufacture, and Germany, with its comparably expensive labor market, is no longer the place to produce them. Much of the manufacturing of solar cells in Germany is already automated, but it is still considerably cheaper to operate a factory in a country like China, where costs are lower for everything from factory construction to paying the cleaning crew. In addition, Beijing has made the solar sector a priority and the government is providing many manufacturers with loans at highly favorable interest rates. Even worse, the German government has also directly and indirectly subsidizedChinese solar companies to the tune of €100 million as part of development aid efforts aimed at promoting China's green industries.

The cut-throat nature of the competition, of course, is nothing new. But in recent years it has been hidden by the German boom in demand from 2009 to 2011, the result of generous efforts from Berlin to promote solar power. Even companies that had fallen behind the Asian competition were having no trouble moving large quantities of solar cells. The situation is reminiscent of Coyote running off a cliff while chasing Roadrunner, running in mid-air for a few seconds and then plummeting into the abyss.

We are now seeing the fall. And ironically, just as the boom was fuelled by government money, those same subsidies have accelerated the bust. The massive demand created led to mass production, particularly in China -- and prices fell rapidly as a result. In 2011 alone, the price for modules declined by 30 to 40 percent -- far faster than German companies could reduce their manufacturing costs. The trend is expected to continue this year.

Meanwhile, Asian companies continue to steam ahead of their German competitors. In 2008, China manufactured 33 percent of the world's solar cells, but that figure grew to 57 percent last year. This week, the German government significantly reduced its subsidies for promoting solar energy. But the boom in cheap cells will continue and it will radically change the solar energy market.

The change can also be seen in the case of Solar Millennium, a company that didn't even produce solar cells. Rather, it built solar thermal power plants that transformed solar energy into thermal energy. Unfortunately, it's a technology that has recently been put on the back burner because of the availability of inexpensive photovoltaic cells. Solar Millennium suffered a number of setbacks when projects planned in the United States failed to materialize.

How the Industry Is Changing

In the medium term, fierce competition with Asian companies will also likely affect other parts of the solar energy industry in Germany. For example, it could hit companies like Centrotherm, which manufactures machines that are used in the automated production of solar cells. Development of that equipment is certainly more complex, but Asian manufacturers are already presenting an increasing number of products at industry trade shows like Intersolar.

This won't mean the instant death of the German industry. Some companies will remain, particularly those that didn't just try to earn easy money through the government subsidies, but instead adapted to industry changes and developed competitive business models. Take Juwi, for example, which develops large solar parks using cheaper modules from US manufacturer First Solar and has also created a secondary business in wind energy. Or project developer Belectric, which is focusing increasingly on marketing its services in foreign markets. And also likely to survive -- at least in the medium-term -- are companies like SolarWorld, which has succeeded in establishing a strong brand whose equipment justifies a premium price -- even if there are few qualitative differences between their products and those of Asian competitors.

In addition, new business areas will be created within the German solar market, particularly in the services sector. These could include companies that maintain solar parks, for example, or direct marketers who help operators of solar plants sell the electricity they produce to energy exchanges.

Still, most of the lights are likely to go out soon in Germany's Solar Valley. Experts like Michael Schmela, editor in chief of the industry publication Photon International, see no future for the companies based in Bitterfeld-Wolfen. "The days of cell production in Western countries is numbered," he said recently. 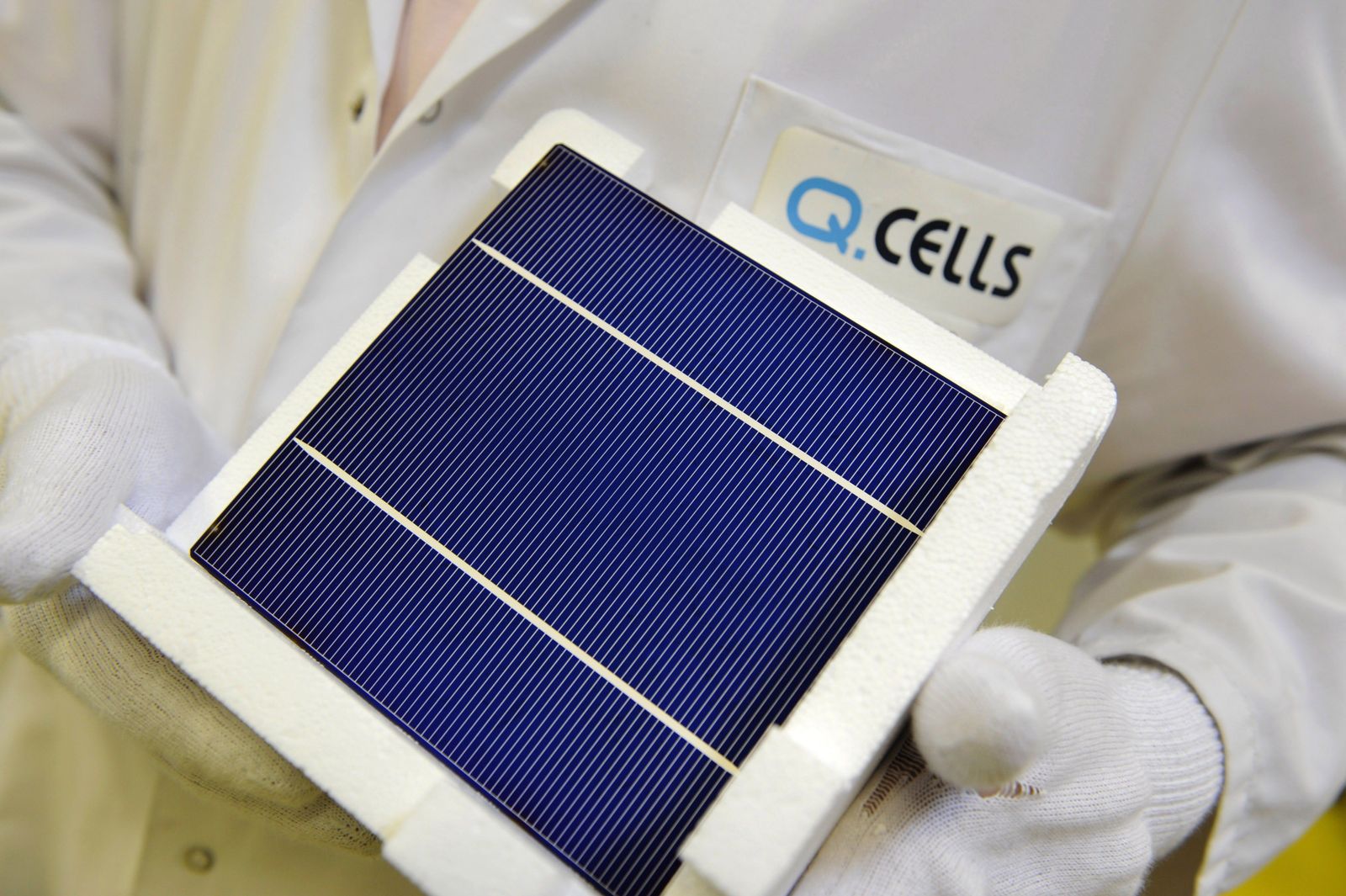