With cafes serving up lattés for breakfast on nearly every corner and after-hours clubs with DJs spinning well into the next afternoon, drawing people from around the world, Berlin is buzzing. That's been true for some years now. What is novel, though, is the onslaught of entrepreneurs and programmers from around the world who are descending on the hyped capital city to establish their own tech start-ups.

Attracted by the city's creative class, its world-class culture, a rich alternative scene and its affordability, more and more tech entrepreneurs are setting up shop here. They meet up in "shared working spaces," at regular start-up gatherings like the Silicon Allee Breakfast meet-ups organized on Facebook as well as almost legendary watering holes like St. Oberholz where iPads are as ubiquitous as beer or coffee. Berlin is currently home to dozens of Internet start-ups, with some observers estimating that more than 100 such companies are based here. Whatever the figure may be, it is clear the city has shot ahead of other German tech hubs like Hamburg, Cologne and Munich as the favored destination for people in the country with Silicon Valley ambitions.

In the coming weeks, SPIEGEL ONLINE International's reporting team plans to fan out across Berlin to get a better picture of a city that has become the successful home to companies like fast-growing SoundCloud or social video games developer Wooga and an incubator for up and coming ones. In a small series, we plan to share the stories of young start-ups as well as the faces and ideas behind them.

Ironically, the hype surrounding Berlin has actually created less of a splash in Germany than it has abroad. It gets occasional coverage in papers here, with headlines like, "Cooler than New York," but not the kind of attention it seems to be drawing from the tech scene abroad. Technology and Internet reporters from the rest of Europe and the United States have been reporting on the surface of the scene for some months now, and they have also helped to raise awareness of the new tech hub taking shape.

'A European Portland or Austin'

But why Berlin? The reasons are manifold. The city has a flourishing creative scene -- and not just when it comes to the Internet and computers. Berlin offers a high quality of life, relatively modest living expenses. The city has excellent transportation -- both local as well as autobahn, air and rail connections to other German and international destinations. Besides, the city is home to both start-ups as well as their potential clients. The buzz surrounding Berlin is almost like a self-fulfiling prophecy: The city is a meeting point for the creative elite precisely because it is the kind of place where the like-minded creative class indivduals converge and quickly build networks based on mutual interests that quickly grow and prosper.

Berlin Can Hold Its Own Against Any World City

Still, only time can answer the question of whether Berlin's start-up boom is one of hype or substance. SPIEGEL ONLINE surveyed some of the city's start-up blogs for their takes:

Weigert, Hüsing and Deerman all agree that Berlin will remain attractive for new businesses, particularly because the rents are so low and because apartment and office space is still readily available. Newcomers to the industry have an easier time finding their place in Berlin because the city still has no entrenched or rigid structures. It lets entrepreneurs concentrate on what they do best: being creative and seeking out contacts. Start-ups here can also draw from a pool of talented potential workers who might be ready to work for much lower wages than in London, for example.

Berlin, in other words, makes life easy for start-ups and developers and creative people of every stripe. Not London, not Amsterdam, not even Copenhagen can offer the same simple conditions for building up a project over the course of several months or years -- even if it's just a new and interesting life, between your morning latté and your after-hours party.

In the coming days and weeks you can read about the new entrepreneurs in Berlin here at SPIEGEL ONLINE -- what they're doing, and which ideas they hope will change the world. 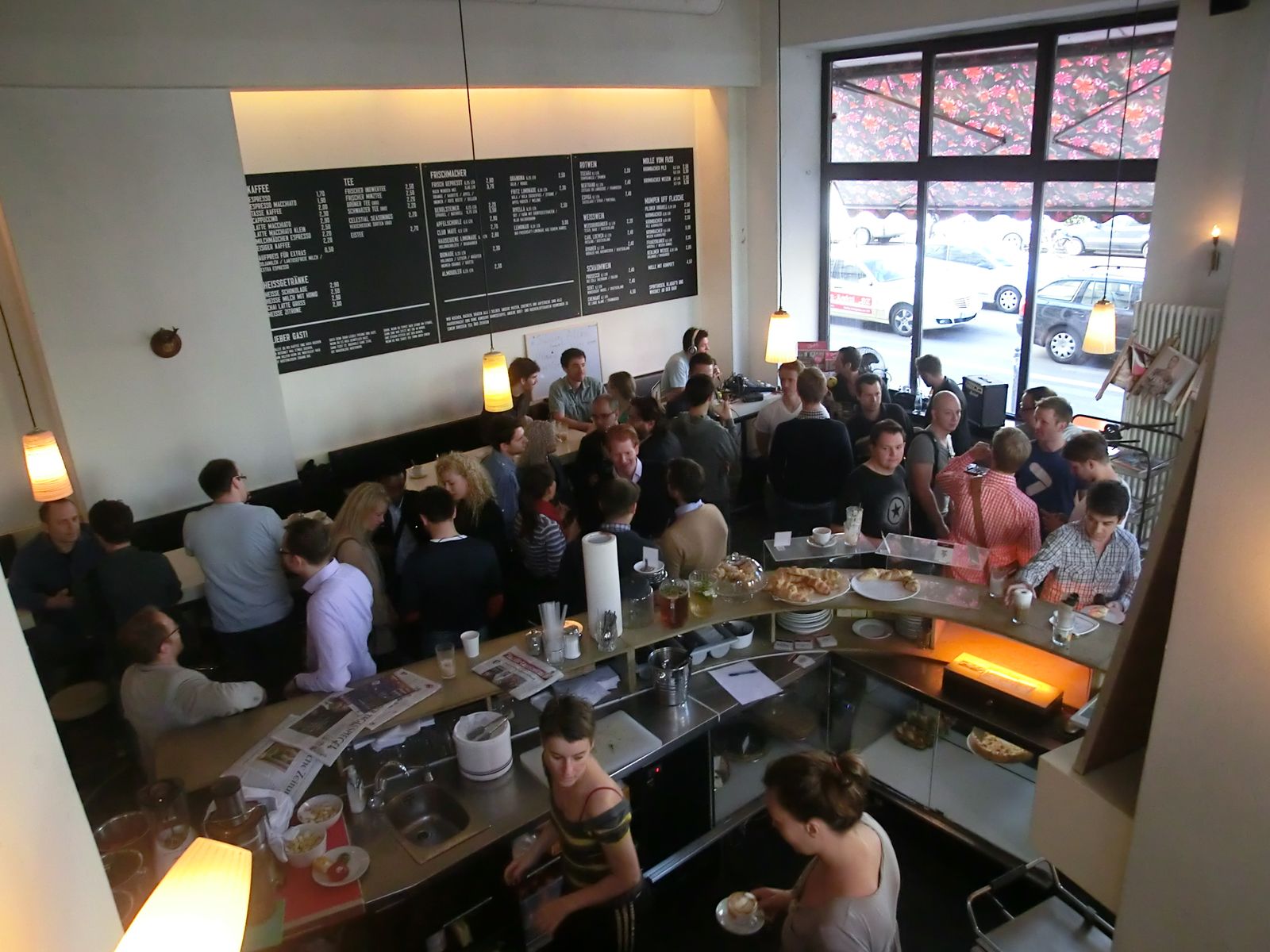 A Silicon Allee Breakfast meet-up for Berlin start-up entrepreneurs is held each month at the Sankt Oberholz cafe, one of the hubs of the local tech scene.