Their age and provenance are clear enough: The bonds were issued by the Weimar Republic some 80 years ago to raise cash. Just how much they might be worth today is open for debate. But six investors in the US are taking Germany to court to find out -- and to force the country to pay up.

The certificates were issued by the Weimar Republic in the 1920s as a way to help pay debts and reparations demanded after World War I. They are still, in fact, being traded with investors hoping they can eventually be redeemed.

Now a handful of investors hope lawsuits filed in several federal courts in the US will force Germany to pay off the bonds. Their value could be hundreds of millions of dollars, with some estimates going into the billions. A month ago, a Miami court ruled against Germany's request to dismiss the lawsuits; Germany had argued that US courts did not have jurisdiction.

The investors argue that a German victory in this case could have negative consequences for the global bond market -- it would damage investors' confidence, they claim, in the security of all government bonds. "Our position is not only correct under the law, it would avoid such a potentially far-reaching precedent," investor attorney Sam Dubbin told the Associated Press.

Germany says the suit is invalid. It holds that only those investors who successfully negotiate a complex validation process can be paid off. A spokesman for the German Embassy in Washington told the AP that "any bond passing the validation procedure successfully will be honored."

The certificates must be validated because thousands were stolen by Soviet soldiers in 1945. Berlin has said the stolen bonds had been redeemed, but then found their way, improperly, back to the market. Plaintiffs have accused Germany of being less than forthright in offering a list of stolen bonds.

Germany has also argued that a deadline for registering the bonds passed in 1958. "All bonds not registered by then were declared legally invalid and can only be recognized after the fact by verdict of the proper German court," the Federal Office for Central Services and Unresolved Property Issues wrote in a mail to the daily Die Welt in August.

The sale of the bonds by the Weimar government brought in hundreds of millions of dollars, as investors believed they were safe. But when Hitler came to power in 1933, he declared the certificates invalid. The bonds lost their value, making it easy for Nazi Germany to buy them up on the cheap. Dubbin's lawsuit claims that Hitler was able to use the money raised by the bond issue to "rebuild Germany's war machine," according to the AP. 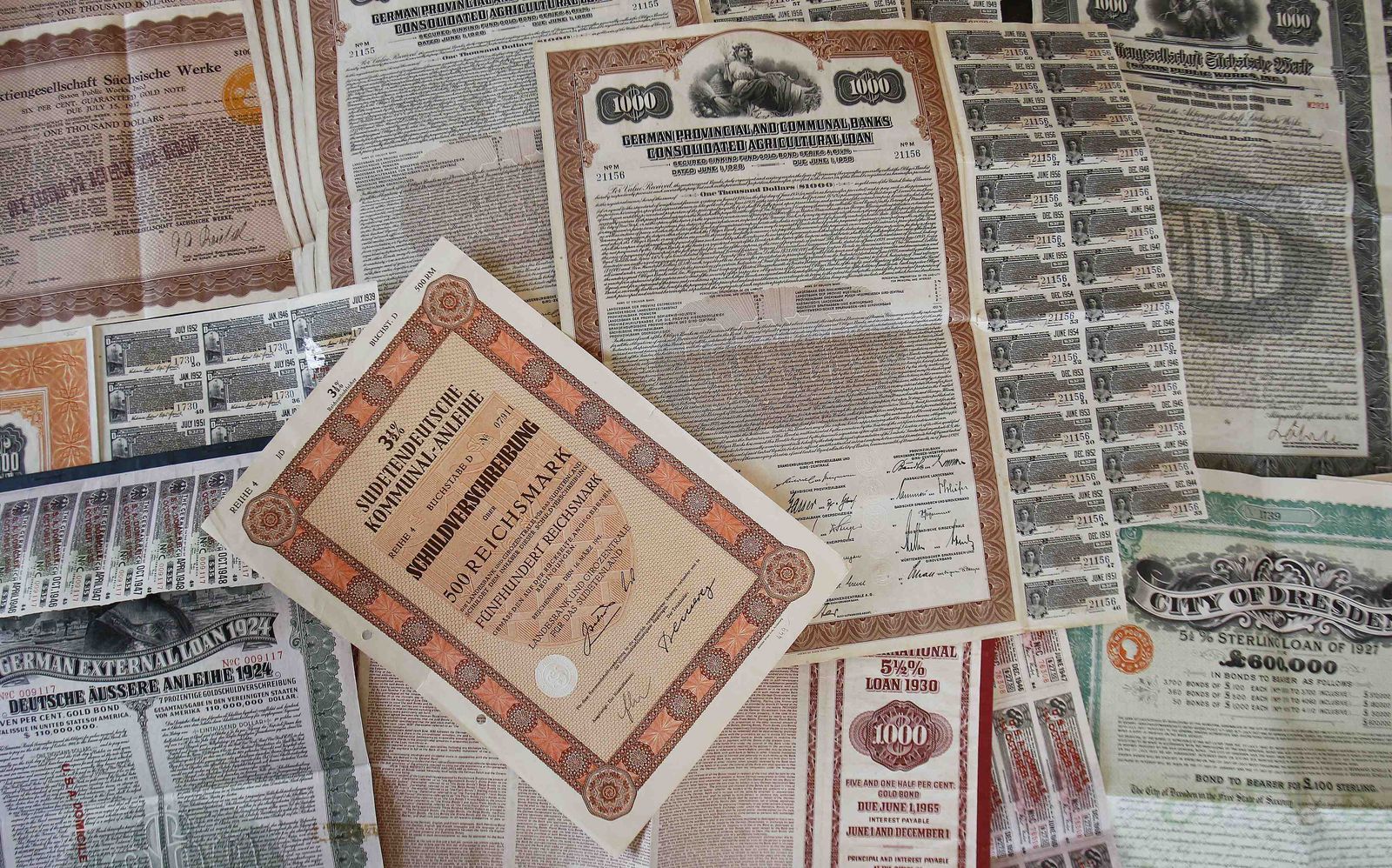 Nobody is quite sure what these bonds, issued by the Weimar Republic in the 1920s, might be worth today.