It was a bold statement from Mario Draghi. "The worst is over," the European Central Bank chief said of the euro crisis in March 2012. He was wrong though -- at least with regard to the real economy. When Draghi made his prognosis, the combined economic output of the euro-zone countries had shrunk for the second consecutive quarter. Then it continued to slide downhill for another year.

But now, after the longest recession since the common currency's inception, the euro-zone economy is showing signs of new life. According to Eurostat estimates, the 17 euro-zone member states showed seasonally adjusted growth of 0.3 percent in the second quarter of 2013. Significantly, Germany saw growth of 0.7 percent, but France, too, came through with a surprisingly strong figure of 0.3 percent. In Portugal, the economy grew for the first time in two and a half years -- by as much as 1.1 percent.

The new data has prompted German economists to venture to make bold statements similar to those Draghi made a year and a half ago. "We are experiencing a trend reversal. The hardest part is behind us," Michael Hüther, head of the Cologne Institute for Economic Research, told SPIEGEL ONLINE. The chief economic forecaster at the Munich-based IFO Institute for Economic Research, Kai Carstensen, offered a similar analysis: "Everything is moving in the right direction -- upward."

In fact, the latest economic data aren't the only hopeful indicator:

It is nevertheless too early for wholehearted jubilation. This is evident from the fact that the economies of other large euro-zone countries such as Italy (-0.2 percent) and Spain (-0.1 percent) continue to shrink -- albeit less sharply than in previous months. It would be "very surprising" if euro-zone growth were to continue throughout the year, says Jens Boysen-Hogrefe of the Kiel Institute for the World Economy. Still, he adds, "the outlook for 2014 is improving significantly."

Other factors, as well, indicate that the recovery won't be as rapid as might be hoped:

All things considered, though, things do appear to be improving in the euro zone. And this could fuel hopes in struggling member states that Germany may ease its demands for austerity after the Sept. 22 election.

Yet Cologne Institute for Economic Research head Hüther doesn't believe Berlin will budge. The German government, he notes, could argue that the developments show that austerity has worked. "The crisis countries can't say we need more -- and we can't say that we will give less," he says.

Boysen-Hogrefe doesn't expect any significant change in policy either. "The European Commission is already turning a blind eye or two," the Kiel Institute for the World Economy economist says. "And I don't get the feeling that politicians in Berlin are grabbing the emergency hotline to Brussels every time either." 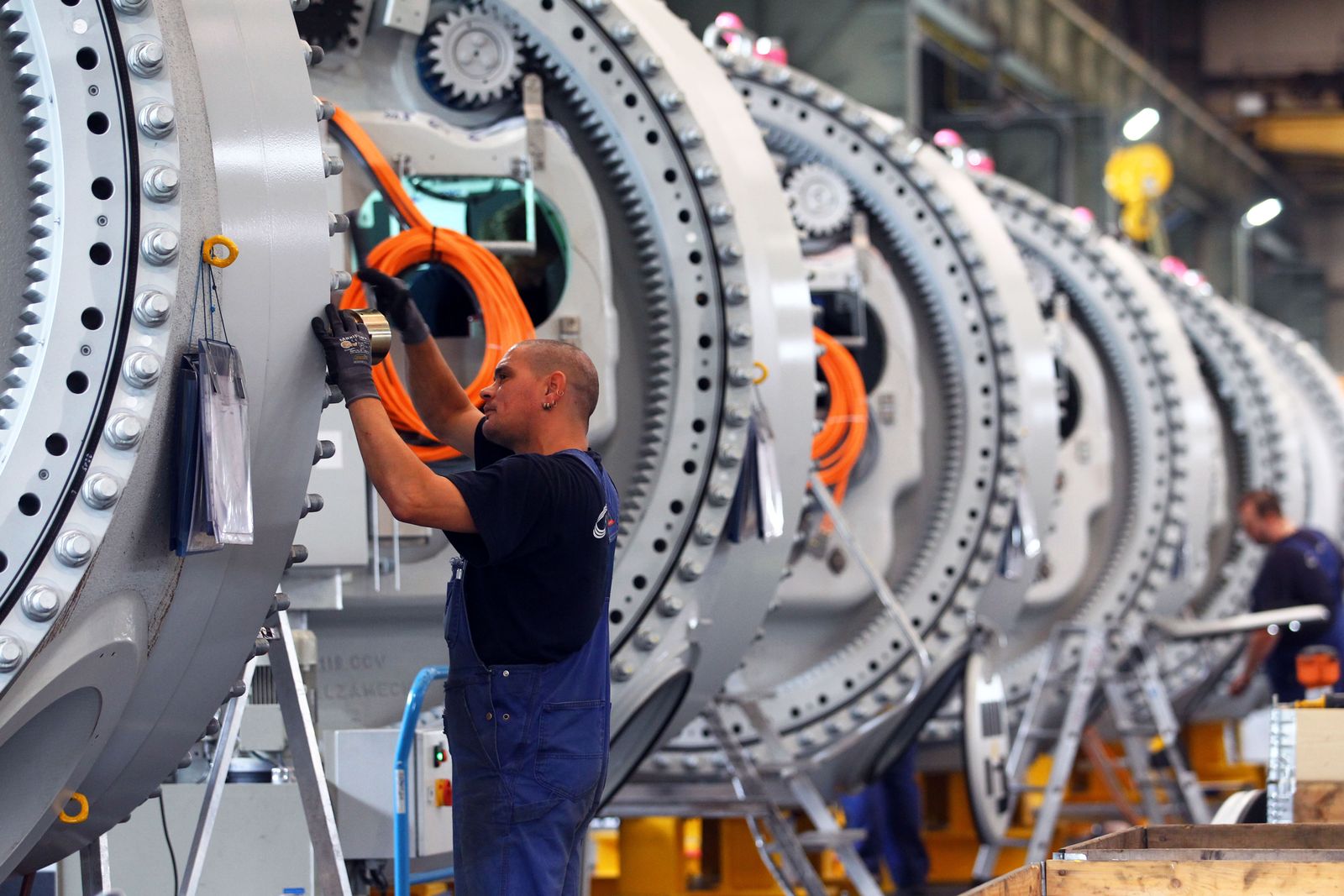 A Nordex assembly hall. Is the worst really in the past?