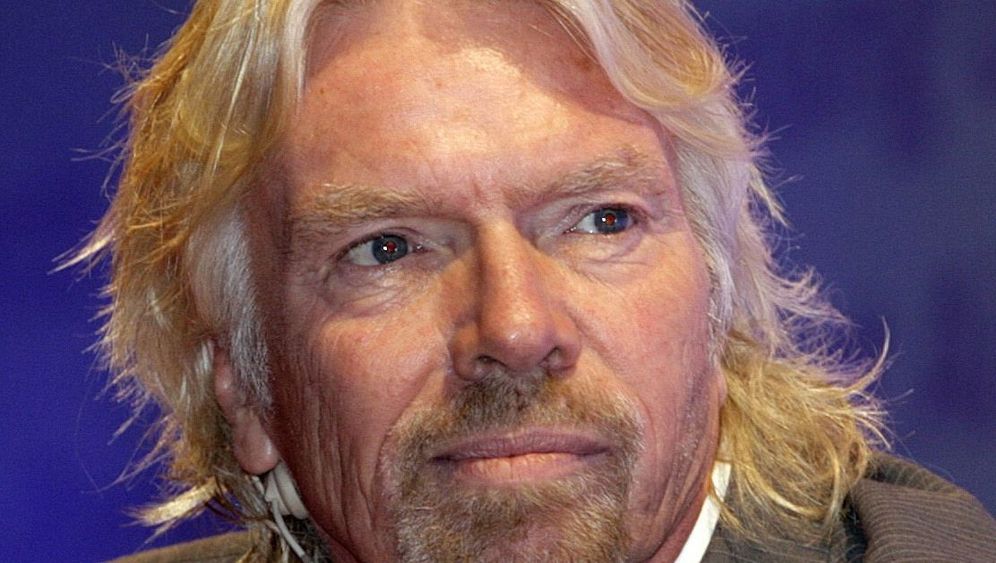 SPIEGEL: Sir Richard, do you know the German word "Angst"?

Branson: Of course I do. We in England have adopted the term "German angst" from you.

SPIEGEL: One of the approaches to stop climate change that you are favoring is carbon capture and storage, meaning filtering out the carbon dioxide emitted from industrial plants and storing it underground. This method is very controversial in Germany because of safety concerns. Are the Germans excessively timid?

Branson: I don't want to criticize the Germans, but I do believe that we need new technologies to stop climate change. German industry in particular could make significant contributions in this regard. You just have to look at what companies such as Bosch, Siemens and BASF have accomplished in the past to realize this.

SPIEGEL: What are you doing?

Branson: The fight against greenhouse gases offers huge opportunities for profit. In order to promote this idea, some friends and I have founded the Carbon War Room. We think that one way to look at climate protection is to regard it as a business model, because our only option to stop climate change is for industry to make money from it.

SPIEGEL: You are going to visit Germany in the near future. What are your expectations?

Branson: My expectation is that your entrepreneurs and politicians will support us in developing innovative business models and brilliant new technologies, which can be found in Germany in particular.

Branson: The whole European solar energy sector is in a state of crisis, especially because of the cheap competitors from China. I have lost a lot of money myself. However, this is how economic life works: Some companies win, others lose. The good news for all of us is that the price for solar energy systems is falling. In some countries solar energy will soon be as cheap as electricity produced from coal. Healthy competition is putting pressure on the manufacturers to come up with innovative products, further increasing our progress in the field. I would say that the environment is the winner here.

SPIEGEL: With your airlines, you're one of the big polluters of the environment yourself. What are you doing about this?

Branson: We have been investing profits yielded by our transportation companies into the development of new technologies that lower carbon emissions. Those investments have amounted to around $3 billion over the years. Our main goal is to find a new fuel which will replace the kerosene produced from oil.

SPIEGEL: So? Are there any concrete prospects you could talk about?

Branson: The development of fuels from plants or waste materials such as industrial waste gas is in an advanced state. This will be a huge market, once we have scaled up production of these fuels. Just thinking of how much money we will save because we don't have to pay the taxes and duties levied on kerosene anymore makes me feel real good.

SPIEGEL: Wouldn't it be better for our climate if in the future people would just fly less? About 3 percent of all carbon emissions can be attributed to aviation alone.

Branson: It would be the wrong approach to lead humanity back to the dark ages. The global economy is already in a slump, so we can't exacerbate things by keeping the planes on the ground as well. What we need to do instead is use our brains and our creativity. I firmly believe in progress. We recently managed to circle the world with a special ultra-light plane by just using a couple of cans of fuel. And the next thing I will tackle is to make travel into space possible with a minimum of fuels involved.

SPIEGEL: Doesn't every economic model based on growth automatically imply exploiting nature? Even as Rio de Janeiro is hosting the UN Conference on Sustainable Development this week, the rainforest in other parts of the country is being destroyed.

Branson: Capitalism can lead to problems, but socialism wasn't a good choice in this regard either, as proven by the ecological damage we observed in the Soviet Union. If we can increase the harvests of a field using modern technology and better cultivation methods, we can enjoy greater yields without the need for deforestation.

SPIEGEL: You have offered a reward of $25 million for suggestions on how to lower carbon emissions in an economically reasonable fashion. Are there any winners yet?

Branson: No, but the offer is still standing. All suggestions are welcome.