SPIEGEL: Mr. Zoellick, many Europeans thought Europe had the worst behind it in terms of the euro crisis, yet the crisis in Cyprus has triggered new anxiety.

Zoellick: That is hardly surprising. Notable economists point out that when you have a downturn caused by a financial crisis, the recoveries are very long and on average take 10 years. So, by that measure, we are about halfway through.

SPIEGEL: Have European crisis managers made any tangible progress?

Zoellick: The steps that Mario Draghi, president of the European Central Bank, took last August had a stabilizing effect on the financial markets, but the monetary policy can only buy time. It does not deal with the fundamentals. The real question is about politics as much as it is about pure economics, and when you look at election results in Greece, Italy, Spain or the banking crisis in Cyprus, there is the question about whether these countries can persevere with their rescue efforts. My sense is that the German public will continue to support their euro-zone neighbors as long as they continue to try to make reforms. But if the others quit trying, German public support will drop.

SPIEGEL: But we are seeing populist sentiments in Germany, the formation of an anti-Europe party being one of the more visible examples. Many German citizens are simply fed up with having to bail out other European Union member states.

Zoellick: I believe that where the Germans are correct is that countries have to undertake structural reforms of their budget and their competitiveness. But there is often a gap between the time reform actions are taken and the benefits. That is where Draghi took important action by showing that he would be willing to support the bonds of troubled member states as they roll over the debt. One of the other challenges is that in Germany you do not have the same sense of crisis that you do elsewhere in Europe.

SPIEGEL: Yet Chancellor Angela Merkel could be voted out of office in September.

Zoellick: My view of governance is that the sole purpose is not to be re-elected. You are there to do things. Sometimes you have to take unpopular steps. Actually, Chancellor Merkel has shown leadership and also remained popular.

SPIEGEL: That makes her an exception among her European counterparts.

Zoellick: I think it is also a question for the European system. I recall the age of Helmut Kohl and Francois Mitterrand, when you also had Jacques Delors as influential President of the European Commission. That helped Kohl, because Delors was very supportive of what Kohl was trying to do. In some respects, because the national governments have weakened some of these European posts, they now have weaker partners in Brussels.

Zoellick: You cannot just blame one person. The member states signal what sort of leaders they want there, so they got what they asked for.

SPIEGEL: This is particularly worrisome because more leadership is urgently needed in Europe. The traditional Franco-German alliance is eroding and Paris is weakened.

Zoellick: France could be the new sick man of Europe and lose its competitiveness. At the time of German unification, there were worries about Germany being the new power in Europe, but for 20 years, you had France, Britain or Italy that all had their own combination with Germany. Now it is quite clear that Germany is dominant. It does not want to be seen as dominating, though, so that is a challenge for German politics. But the reality is that Germany is the driver and engine of Europe.

SPIEGEL: Germany backs the creation of a trans-Atlantic free trade agreement between the EU and the US. But President Barack Obama felt so lukewarm about the project that a reference to it was reportedly included in his State of the Union address only at the very last minute.

Zoellick: If you look at President Obama's actions on trade in his first term, it was not a priority. It took him a long time to simply pass three free trade agreements that he inherited with Colombia, Korea, and Panama. When he came into office, Obama's trade representative said he did not want to have "deal fever." He accused his predecessors, including me, of wanting to do too many things.

SPIEGEL: How could Obama show some fresh resolve?

SPIEGEL: What are the potential pitfalls of a free trade agreement?

SPIEGEL: Is it just up to the Europeans to adjust, though? Many EU concerns about US food standards are well justified -- and some American markets have been closed off as well.

Zoellick: I know these are sensitive issues, so I am not trying to pick sides. I am just saying that this agreement will have to do something on agriculture if you are going to get the support of the American farm community.

SPIEGEL: Tariffs between the US and the EU are already quite low. Real progress in trade can only be made if regulatory issues are addressed, too.

Zoellick: Regulatory issues are way more important, but they are harder to achieve because you move beyond the traditional ministries that make trade decisions to regulatory authorities, and a lot of the regulatory authorities are sensitive to their prerogatives. They think, "We are doing it the right way, and why should we change?"

SPIEGEL: You sound pessimistic. Is there not an approach you can recommend from your experience as a former US trade representative?

SPIEGEL: But agriculture, the biggest issue in a trans-Atlantic agreement, is not as important in the agreement with South Korea.

Zoellick: True. I do not think you will be able to exclude agriculture in the discussions between the EU and the US. But looking at the approach with Korea could smooth the way for the trickier negotiations.

SPIEGEL: Why should Europe even want to team up with the US, which is mired in record public debt of more than $16 trillion?

Zoellick: About 5 years after the crisis, the United States has recovered the lost output from the recession. The euro zone by contrast has only recovered about 60 percent. So the US recovery, while not good enough, has been far better. The US has other pluses, such as the innovations in energy that are really transforming the cost of energy and will improve the American trade position. The demographics in the United States are better than they are in Europe, and they are better than they are in China and Japan. I do not mean to suggest that the US does not have problems, such as its fiscal problem which has not been properly addressed, but if you look at the world economy, I think the US is likely to come out of this ahead of Europe.

SPIEGEL: Does this mean that Europe needs America's help to retain its position in the world?

Zoellick: Just look at the numbers: In the past 5 years, two-thirds of global growth has come from developing and emerging countries. For 60 years, the world economy was guided by the US, Europe, and Japan. Today, Europe is preoccupied, Japan is struggling and the US has to get its act together. We need to create a new structure for the global system.

SPIEGEL: And all this can best be achieved by a closer trade partnership between Europe and the US?

Zoellick: This could set a precedent. An EU-US trade agreement, if completed, could be a great facilitator and set some good standards for the global economy. But both sides must stand together to achieve this. 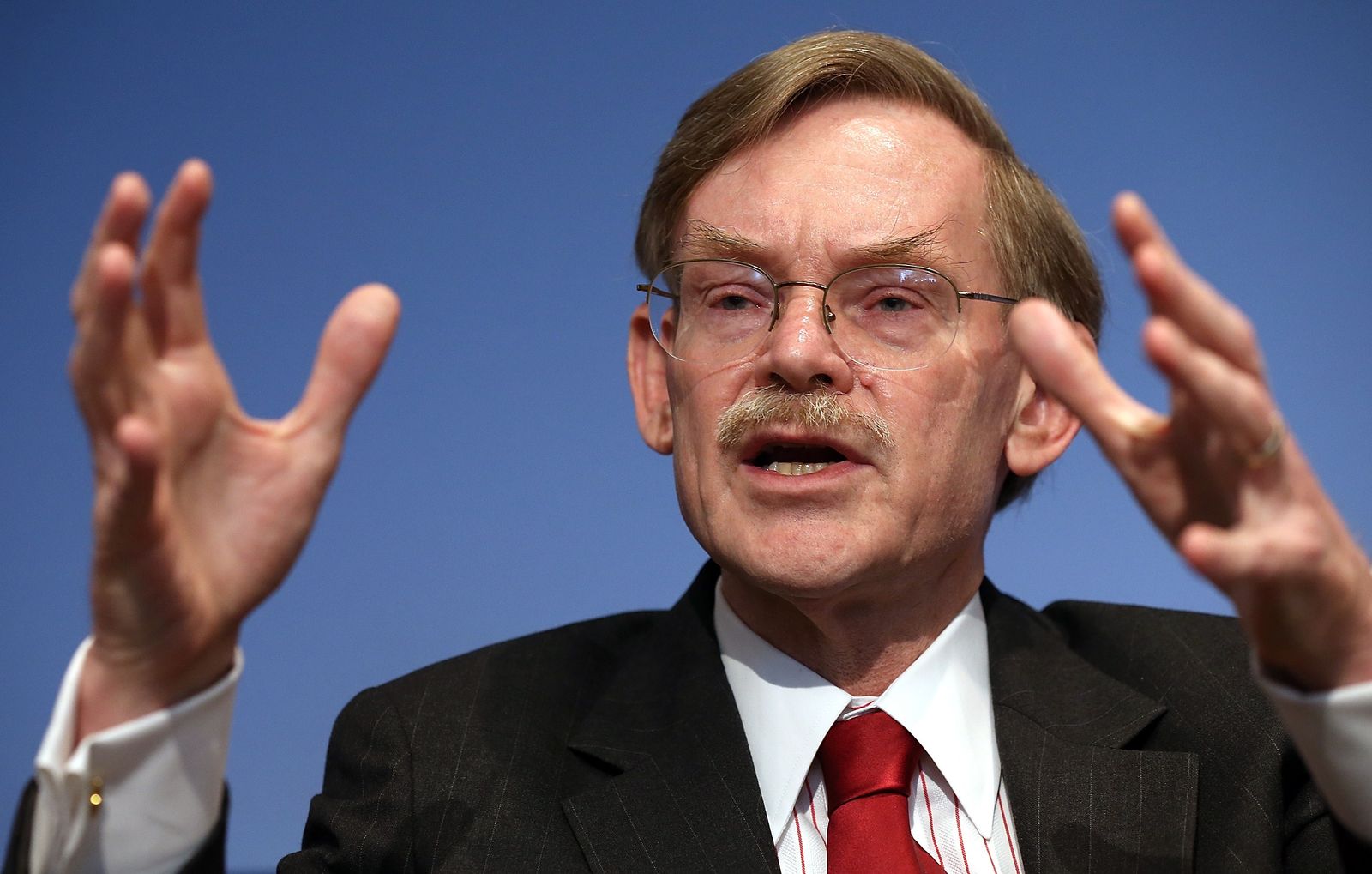 Robert Zoellick in 2012. Zoellick says the EU and US must work closely together to come up with a succesful trans-Atlantic free trade agreement.