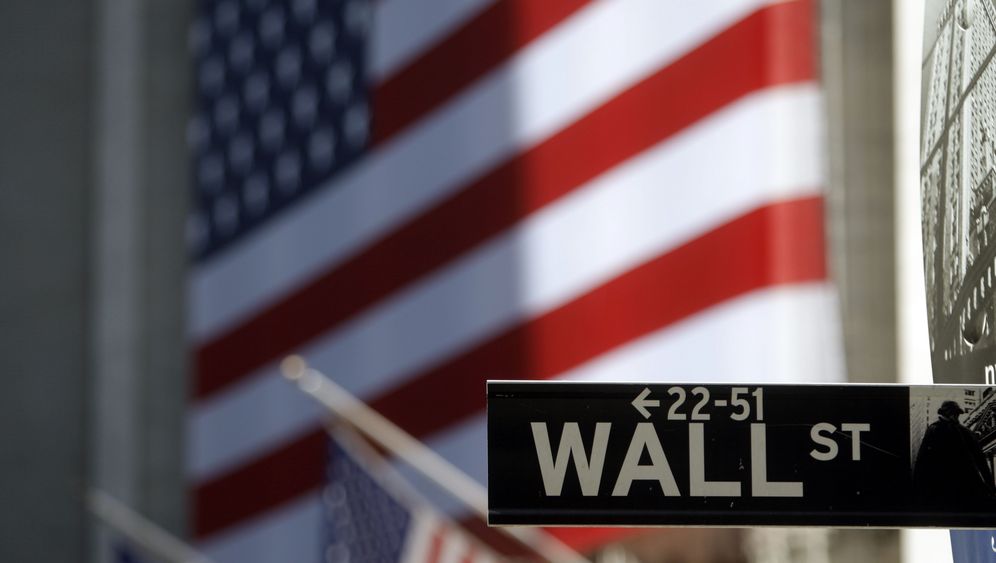 On June 18, the symbol of the German company Deutsche Telekom, DT, made its last run across the ticker at the New York Stock Exchange. Europe's largest telecom company left the world's biggest and most recognizable exchange after nearly 14 years of trading.

The company is currently in the process of delisting from all foreign exchanges and will soon only be traded on its home stock market in Frankfurt.

Deutsche Telekom is just the latest German blue chip to say goodbye to the American capital market. In an emblematic departure, Daimler, the first German firm to be listed in New York in 1993, officially quit trading on the NYSE on June 4, saying that it no longer needed a presence in New York to attract international investors. And Munich-based insurance and financial services giant Allianz abandoned the NYSE last fall.

The recent retreat of German firms from the American capital market has been nearly a decade in the making. Tighter regulations introduced by the United States government in the wake of the accounting scandals in the early 2000s brought extra oversight and added costs for foreign companies listed on the NYSE. Of the 11 firms on Germany's DAX index of blue chip companies that were at one time listed on the NYSE, only four still remain: Deutsche Bank, Fresenius, SAP and Siemens.

"In the 1990s, there was a great euphoria for joining the American capital market, especially for mergers and acquisitions" says Rüdiger von Rosen, the managing director of the Deutsches Aktienenistitut, an association that represents publicly traded German companies.

Daimler's $36 billion marriage with Detroit automaker Chrysler, commenced in 1998, underscored the thought that a listing on the American capital market meant that German companies could compete with American rivals to gobble up competition and expand their international presence. Giant German firms like Siemens, Allianz and SAP could offer simple stock swaps to acquire other firms listed on American exchanges. Deutsche Telekom, for example, used its position on the NYSE to aquire a handful of mobile telephone operators and turn its T-Mobile subsidiary into the United States' fourth-largest mobile carrier today.

A listing on the American capital markets also brought with it a certain prestige for foreign companies. In addition to offering German firms greater access to institutional investors, it also meant the firms would be closely monitored by Wall Street analysts, which in turn could attract new investors and establish a higher profile for the companies internationally.

All but three of 16 German companies that are or were at one time listed on the NYSE began trading on the exchange before 2002, riding the mergers and acquisitions wave of the 1990s -- just before the US government stepped up compliance rules with the Sarbanes-Oxley Act, which became law on July 30 of that year.

The attractiveness of the American capital market to German firms began to erode with Sarbanes-Oxley. In the wake of accounting scandals at large US companies like Enron and WorldCom, the law tightened regulations on public companies listed on US stock exchanges.

Named for the law's co-sponsors, Paul Sarbanes, a Democratic Senator from Maryland, and Michael Oxley, a Republican Congressman from Ohio, the law tightened accounting practices to prevent companies from cheating on investors. From the start, companies voiced their displeasure with the high costs required to comply with the reforms. In one provision, companies were obligated to hire an independent auditor to monitor and report on the company's financial reporting. The regulation was meant to protect investors from fraud, create greater transparency of a firm's risks and to expose accounting firms that were helping companies cook their own books.

Even so, "some companies have said that the American capital market is more attractive than before," says Georg Stadtmann, a German professor of business and economics at the University of Southern Denmark who studies financial markets. "Accounting rules put a mechanism in place that makes companies suddenly aware of risky parts of their business."

'Cost-Consciousness Is as High as Ever'

However, in a post-financial crisis global business climate, "cost-consciousness is as high as ever," says Washington, DC-based corporate and securities lawyer Donald H. Miers. Complying with the SEC can require a small army of people. Sarbanes-Oxley came around at the right time for companies to delist." German firms cross-listed in the United States spent between €10 and €15 million annually on SEC compliance, a survey conducted by Stadtmann and his colleagues found. Most companies would not disclose the exact amount of money they spent on SEC compliance, but a Deutsche Telekom spokesperson told SPIEGEL ONLINE costs were in the "low double-digits" of millions of euros and another at Daimler said they did not exceed €10 million.

When Telekom and Daimler announced their departures from the NYSE in April and May respectively, the main reason the companies said publicly was to reduce the complexity of financial reporting and administrative costs.

On average, companies must add another five to 10 people to their payroll for SEC compliance alone, and a company may need a dozen workers for required executive compensation disclosures, says Miers.

In addition to the resources required for SEC disclosure, German firms still needed staff for compliance in Germany. "Many firms just want to get rid of dual internal reporting," says Stadtmann. Since 2005, all German public companies have been required to adhere to International Financial Reporting Standards (IFRS), a system of accounting rules followed by each public company in the European Union and much of Asia.

In the United States, the SEC has also proposed replacing current US accounting rules with IFRS within the next decade. The SEC says the likely switch allows greater comparability and transparency of company's balance sheets worldwide.

The double-digit costs of SEC complaince, however, are paltry compared the hundreds of millions of dollars in liability -- either through lawsuits or investigations and prosecutions -- to which a US listing can expose foreign firms. Shareholders can take companies to court far more easily under SEC regulations than those of Germany's stock market regulator. And the US Justice Department and the SEC have been more assertive in investigating publicly traded companies following a wave of investment fraud schemes like the one by former Nasdaq chief Bernard Madoff, who swindled prominent investors out of billions.

"That's the real issue here," says Miers, who worked for the SEC's division of corporation finance from 1994 to 1997. "What the SEC fully doesn't grasp to today is that dealing with the US regulation system is a nightmare," he says. "It's another reason to run to the exit door."

Sarbanes-Oxley reforms also require a company executive to approve on all financial reports. "The most important thing (about Sarbanes-Oxley) is that the CEO and CFO sign for the financial statements," says Stadtmann. "All it takes is one person in the company to make a mistake and (an executive) can go to jail." Executives who sign off on incorrect financial statements can face a sentence of up to 20 years.

Daimler has had its own recent run in with the US Justice Department and SEC. In April, the carmaker settled charges brought by the two government agencies for $185 million that it and its subsidiaries bribed foreign government officials with cash held in secret bank accounts. None of the alleged bribes happened within the United States, but Daimler's registration with the SEC made it prosecutable under US law. The whistleblower in the case, David Bazzetta, was a US-based auditor for what was then DaimlerChrysler. Daimler says that the settlement had no influence on its decision to delist from the NYSE.

Meanwhile, US and European authorities fined German electronics and engineering firm Siemens a record $1.6 billion two years ago to settle bribery allegations. The company says it has no intentions of delisting from the NYSE, but Stadtmann believes Siemens will pull out at the first opportunity.

In 2007, the SEC relaxed several key provisions in Sarbanes-Oxley in an effort to reduce costs for companies and to make it easier to delist from stock exchanges. The SEC billed the provision as "eliminating conditions that had been considered a barrier to entry" that would "encourage participation in the US markets and increase investor choice."

The overall effect has been the opposite for German companies. Since the more lenient regulations went into effect, 10 German companies listed on the NYSE have pulled out. DAX behemoths BASF, E.on and Bayer each announced that they were leaving the American capital market within three months of the new rules.

The SEC ruled that foreign companies could deregister if their daily trading volume on a US exchange was less than 5 percent of its total global trading. This was the so-called "drop in the bucket," according to officials at the NYSE, who declined to discuss the matter on record. The new rules allowed foreign companies to reconsider their listing and get out of New York.

Today, the trading volume at DAX companies like Siemens and SAP don't fall under the 5 percent threshold at the NYSE.

For their part, officials at Deutsche Telekom and Daimler say there are fewer reasons to miss a listing in New York these days. Advances in electronic and Internet trading allow foreign investors to buy and sell shares directly in Frankfurt instead of going through foreign listings in New York, London and Tokyo. Even for large investment firms, it no longer matters if a company is traded in Bombay, Belgrade or New York.

"For investors, there's no stake in the game where they're listed, here (in the United States) or not," says Miers. 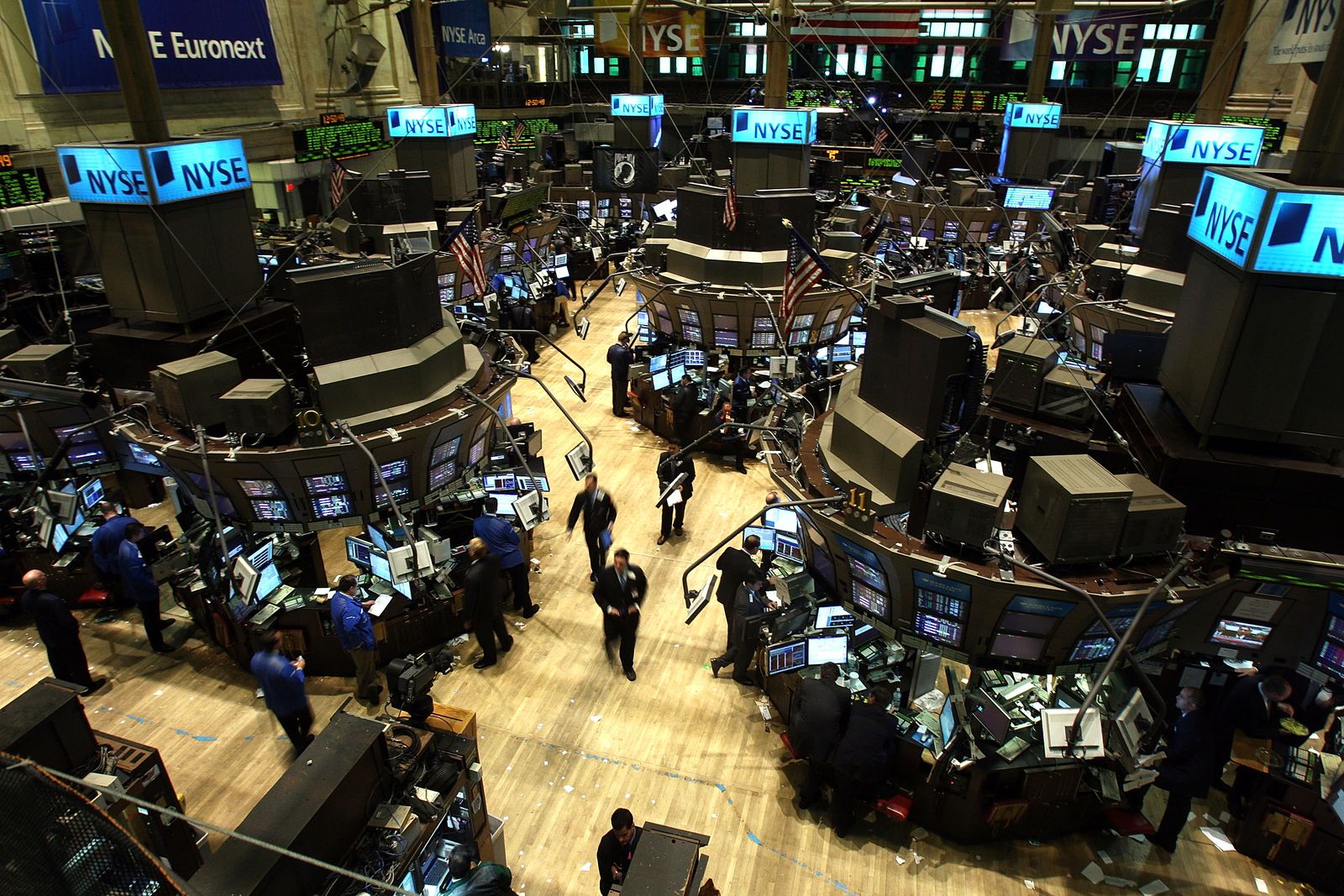 A listing on the New York Stock Exchange had a certain prestige for German companies. It also offered the companies greater access to institutional investors and made it easier to acquire other companies listed on the exchange through simple share swaps. 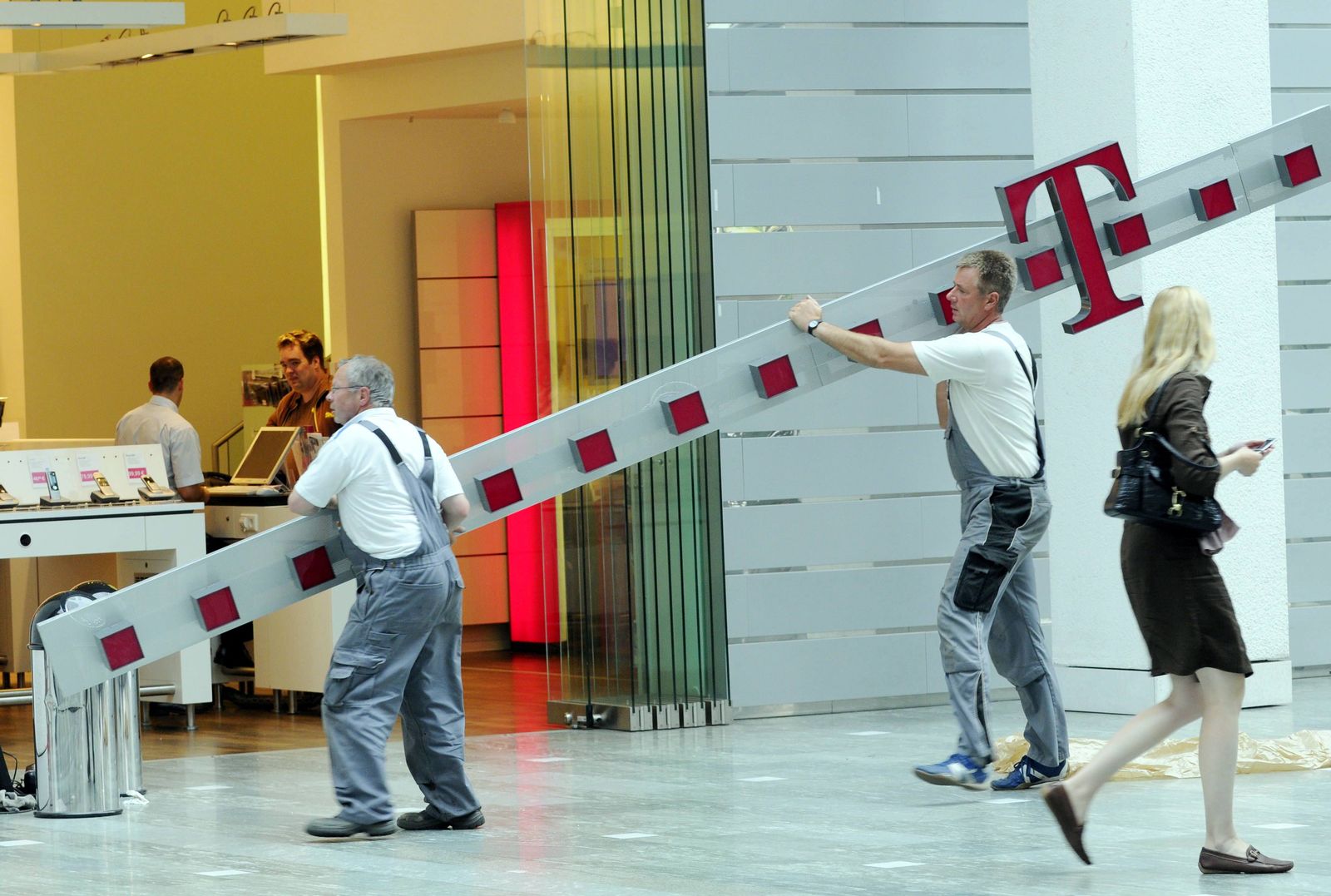 Deutsche Telekom is just the latest German blue chip to say goodbye to the NYSE. It quit trading on the exchange on June 18, after nearly 14 years. 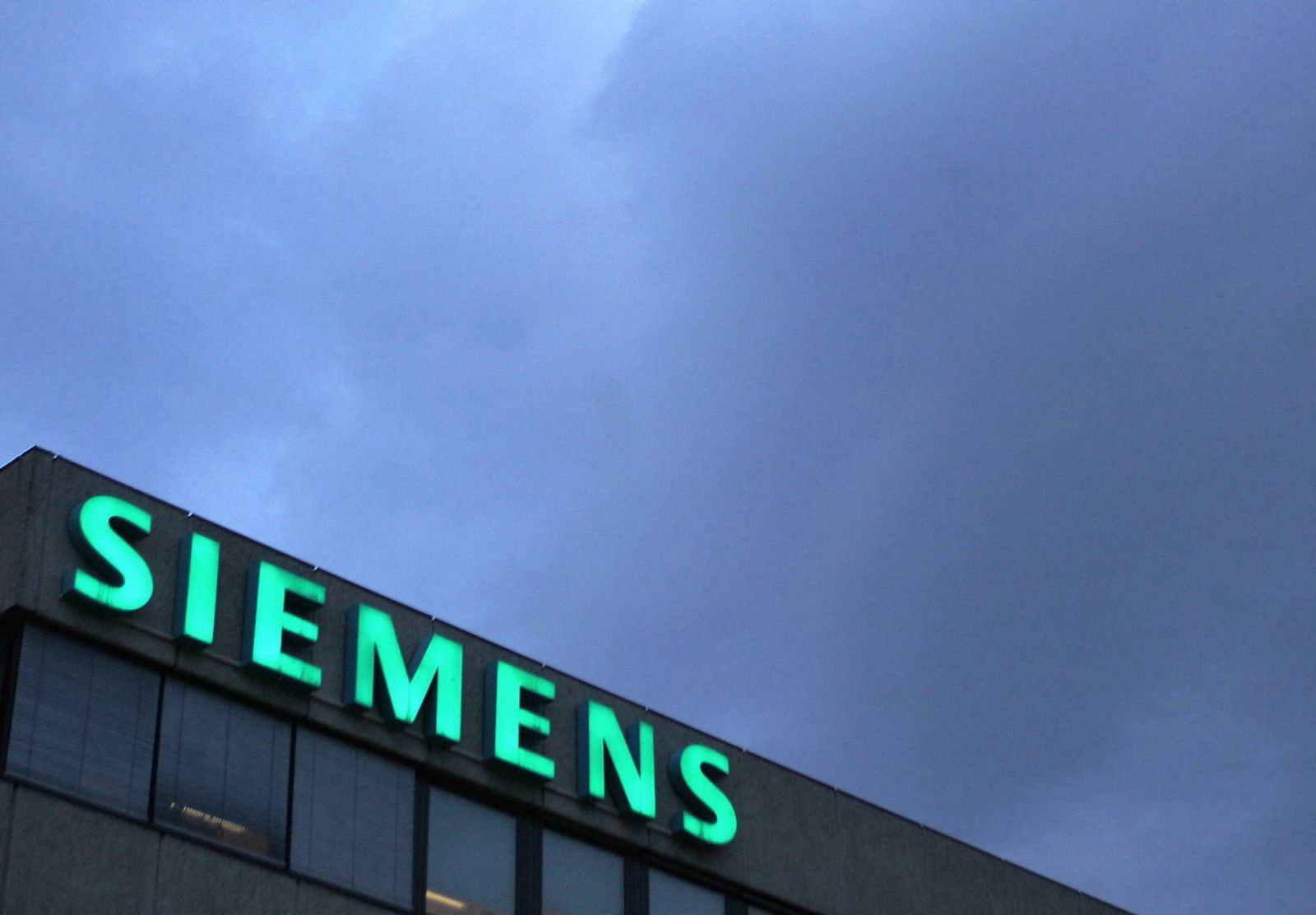 Siemens is one of four German firms to remain on the NYSE. The company, which was fined a record $1.6 billion by US and European authorities two years ago on bribery charges, says that it has no intention of seeking to delist itself. 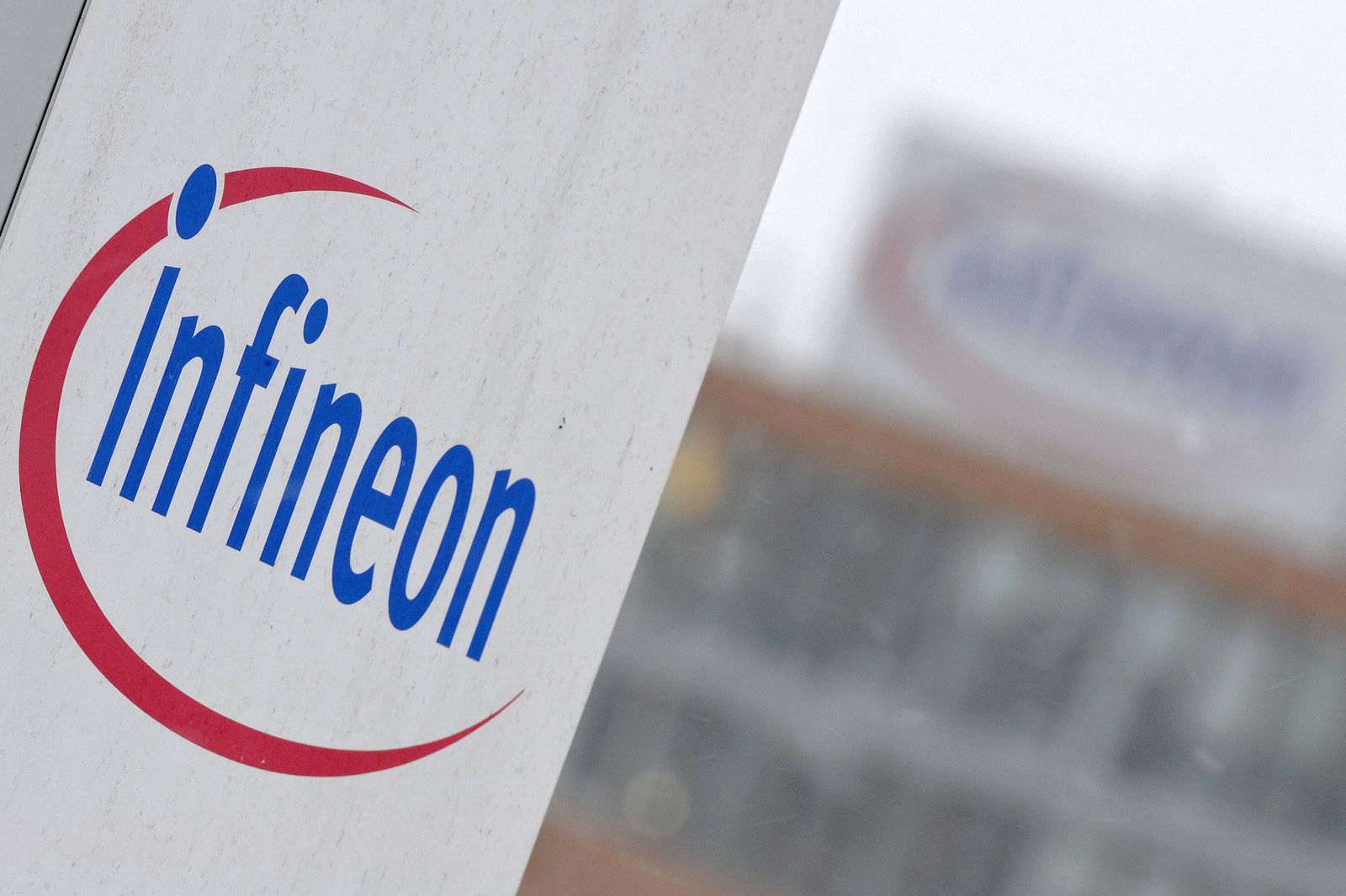 Computer chip maker Infineon Technologies of Munich was listed on the NYSE from 2000-2009. Sarbanes-Oxley also requires company executives to approve all financial reports, vouching for their accuracy in a potentially prosecutable way. Mistakes could lead to jail time.