Germany faces a shortage of usable freight locomotives and goods wagons as the economy picks up steam following the worst recession since World War II. Schenker, the freight logistics unit of railway operator Deutsche Bahn, put up to 50,000 wagons in sidings last year as the demand for goods transport slumped during the crisis.

Now, with trade picking up again, those wagons are urgently needed, but many are affected by rust in their brake cylinders and have to be checked out before they can be put back into use. The railway's checks have become even more thorough since the derailment of an Italian freight train in Viareggio last June in which 32 people died.

'We Can't Get the Freight on the Tracks'

German rail operator Deutsche Bahn says there is a shortage of replacement wheels and that its repair shops are backed up with work because it is still repairing damage to its high-speed ICE trains caused by snow and ice during the winter.

Insiders say there is a particular shortage of freight wagons for steel transports, cars and containers. There is also believed to be a shortage of 50 to 100 freight locomotives, and on one day last week a total of 180 freight trains were cancelled because there weren't enough locomotives to pull them.

"At the moment we can't fulfill all the demands of customers because we can't get the freight onto the tracks," said one person familiar with the situation. The management of Deutsche Bahn has recognized the problem and is working hard to solve it, the company said. 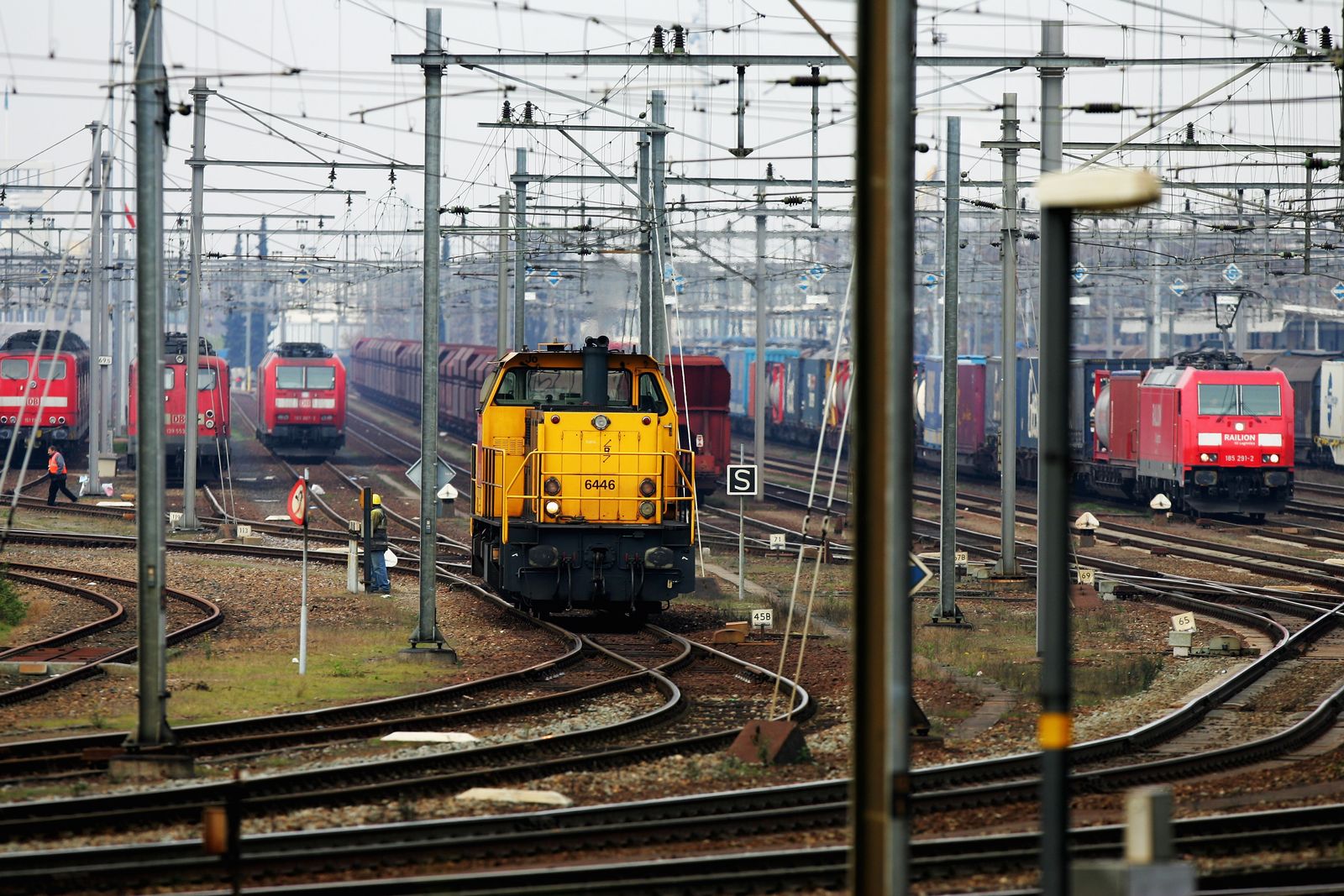 German freight trains are in short supply at the moment.