After a year of successfully dodging a severe slump in car sales, 2010 has not started well for German carmakers. January saw the worst figures for domestic German auto sales in 20 years. But industry experts disagree over whether the figures represent a simple market correction after last year's government-sponsored cash for clunkers program or a sign of grimmer things to come.

Only 181,500 new vehicles were registered in January, according to a statement released Tuesday by the Association of International Motor Vehicles Manufacturers (VDIK). The figure represents a 4.2 percent drop relative January 2009, when year-on-year figures were already down roughly 14 percent. That slump led the German government to introduce its scrapping bonus program, which resulted in a significant spike in domestic car sales.

In January, only Volkswagen was able to report an increase in sales, of 11 percent. Audi, BMW, Mercedes and Ford all saw slumps ranging between 10 percent and 20 percent. Porsche got hit the hardest, with a 32 percent dip.

'Worst Is Yet to Come'

In a statement, VDIK President Volker Lange warned against doomsday scenarios, saying that January sales were at their "typical, low level." His organization predicts that car sales in 2009 will not drop below 2.9 million vehicles. As a result of the cash-for-clunkers program, 2009 saw record sales of some 3.81 million vehicles.

Many, though, fear that those seeking to buy a new car, likely did so before the scrapping bonus program ended in September. "This first month hasn't really been all that dramatic," Ferdinand Dudenhöffer, head of the Center Automotive Research (Car) at the University of Duisburg-Essen, told Reuters. "The worst is yet to come."

German carmakers are hoping that continued high demand in rapidly developing countries like China, India and Brazil can compensate for weak sales at home. 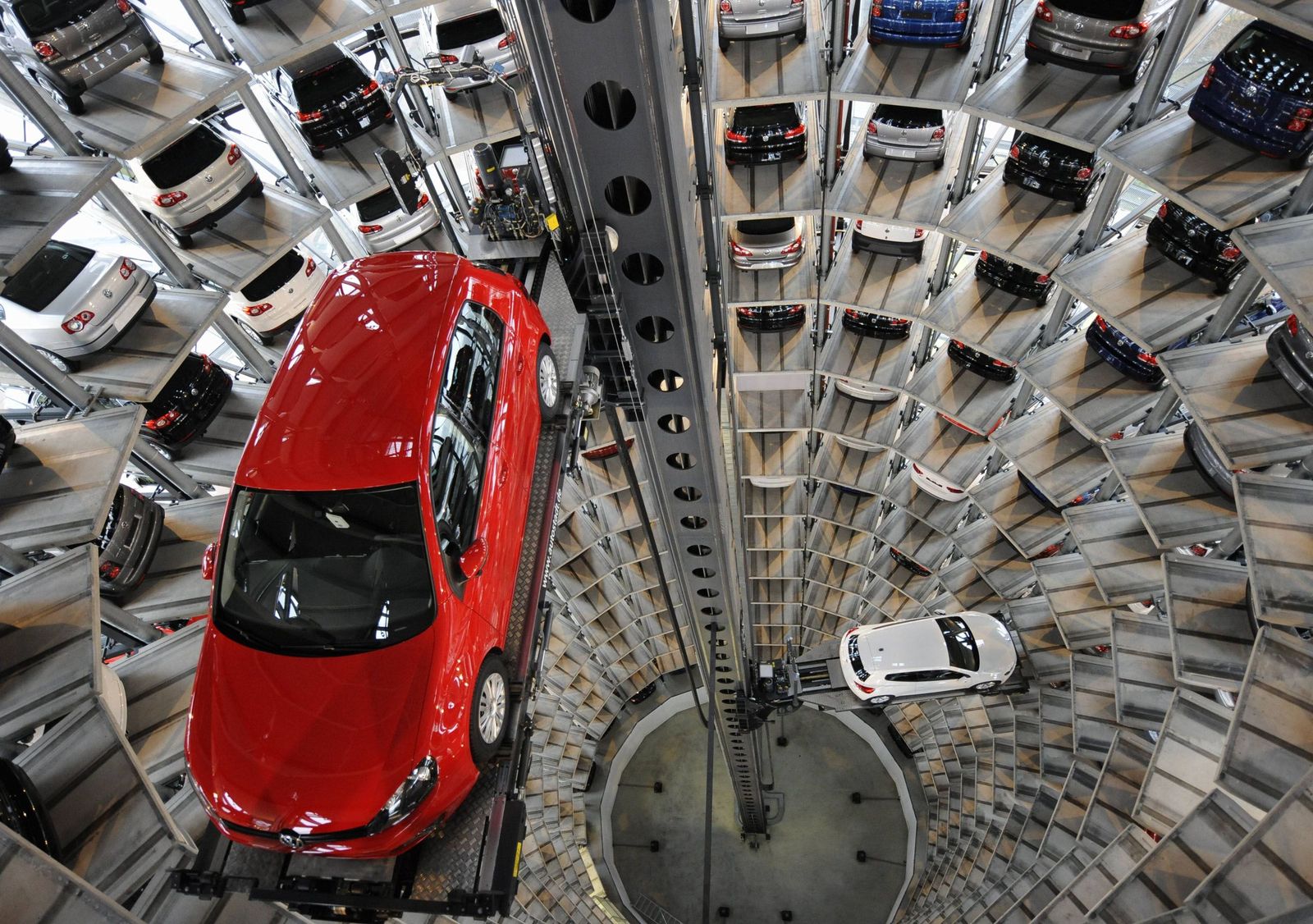 Volkswagen vehicles at a storage facility in Wolfsburg.