The founder of Ikea, the international Swedish home furnishing chain, is one of the richest men in the world. Yet Ingvar Kamprad is widely considered to be something of an average guy who lives a modest life. He's just like his furniture; simple, honest and a little wooden.

Anecdotes that support that image abound. The Swede from Smaland reportedly still has a 30-year-old "Klippan" sofa in his living room, along with another early classic developed by the furniture giant, the "Billy" bookshelf. These sorts of stories not only illustrate Kamprad's modesty, they also testify to the long-lasting quality of his modestly-priced furniture.

The man who wants to turn this pleasant image on its head is Johan Stenebo. Stenebo, who comes from Stockholm, started working at Ikea more than 20 years ago as a trainee in the Kaltenkirchen warehouse just north of the German city of Hamburg. His career trajectory took him right to Ikea's highest management level. He was managing director of Ikea's subsidiary GreenTech and he even worked as Kamprad's personal assistant.

Stenebo left the company nine months ago after disputes with the management. Now he has written a tell-all book, "Sanningen om Ikea" ("The Truth About Ikea"), that has attracted much attention in Sweden. It is the first time in the more than 60-year history of Ikea that negative comments have been made by a senior staff member in public. It's clear that the book is some sort of payback: a mountain of dirty laundry divided into 14 chapters. 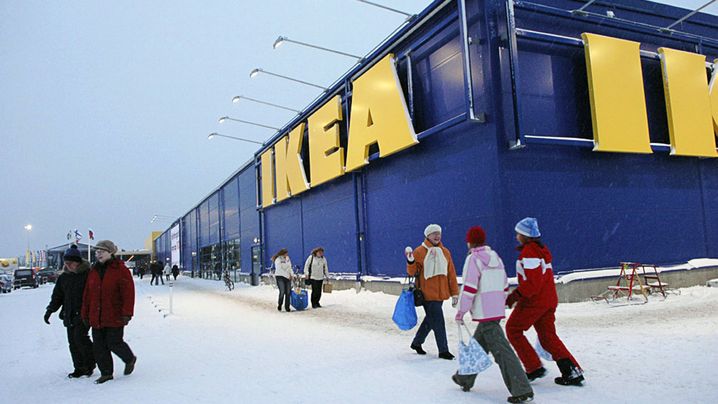 Many Swedes are now wondering why he wrote the book. What on earth could 83-year-old Ingvar Kamprad have done that would make a senior staffer like Stenebo swap sides after so many years on the Ikea owner's team?

Stenebo claims that it was a moral issue for him. "I didn't want to go along with it any more and I also could not stay silent," he told SPIEGEL ONLINE. In a dedication to his mother Christina at the beginning of the book, Stenebo thanks her for teaching him about the "power of a clean conscience."

The book claims that common preconceptions about Ikea and Kamprad are false. In fact, the author asserts, the entire firm is a tightly woven web of well-hidden, calculated lies. Take the anecdote about the old sofa, for example. These sorts of stories were simply made up by Kamprad and then spread by a willing media, Stenebo writes.

"The company was easier to run when Kamprad played the role of an ascetic, slightly dim geriatric," Stenebo says. "Apart from that, the petit bourgeois façade helped to push down prices with suppliers." At which point the reader might be tempted to ask if the company would really push for lower prices just to -- in Stenebo's words -- "fatten up" one of the richest men in the world and his sons.

The sons are Mathias and Peter, who were promoted to top management five years ago. The elder son, Peter, in particular has been positioned since then as Ikea's heir apparent. Stenebo, however, calls him an "incompetent racist." And anyone that criticized Peter for his chauvinistic attitude was silenced by the patriarch Ingvar, he says.

These are harsh -- and somehow very un-Swedish -- words. Could the book be a personal revenge of some sort? Stenebo strongly refutes this. He says he is the one who has to worry about revenge -- Kamprad's. According to Stenebo, Ikea is no normal multi-national business. The company, with its 135,000 employees across 44 countries, is run by the family and the family alone. And the all-powerful Kamprad runs the business like a sect, he claims. "There was an unwritten law for Ikea's upper management -- loyalty to Ingvar until death," Stenebo notes.

Is Ikea Really Different From Any Other Big Company?

This is one of the reasons criticism directed at Kamprad and at Ikea has rarely surfaced, the author claims. Stenebo calls Ikea "one of the most secretive companies in the world." Much to the chagrin of the Swedish press, Kamprad hardly ever gives interviews. And when he does, it is only to selected journalists who, according to Stenebo, are duty bound to angle their stories the way that Kamprad demands. According to Stenebo, this is how the public image of the furniture billionaire was propagated, with the touching stories of his alleged problems with literacy and periodic lapses into alcoholism.

But is all this really so bad? And is Ikea really any different from other big companies run by one strong personality?

If this is really the "truth about Ikea," then the Kamprad family seems to have somewhat eccentric ideas, to say the least, about what constitutes a good public image. After all, the mega-rich are usually known more for their expensive cars, beautiful lovers or charitable activities than a penchant for schnapps and bouts of dyslexia. But Stenebo's alleged revelations make more sense when considered from the perspective of a prodigal son. "I love Ingvar and admire his unique genius," Stenebo says. The former employee says he is motivated by concerns about the future of the company.

Stenebo accuses Ikea of employing methods akin to those used by the East German secret police, the Stasi. He details an alleged tight-knit network of informers who were able to contact Kamprad directly at his private home in Switzerland via telephone and fax. They were expected to regularly update Kamprad on the atmosphere in the company and to pass on personal gossip. According to Stenebo, the Swedish headquarters of Ikea was apparently shaken by a power battle in the late 1990s, during which time "the spies actively took action to get employees onto Kamprad's side." The conflict went so far that at times there was the feeling that the whole company was "split into factions for and against Ingvar," Stenebo claims. None of which goes down very well in Sweden, where the locals would rather seek consensus.

On the executive floor, Stenebo claims, foreigners were repeatly denigrated as "niggers." They apparently had no chance of promotion within the company -- something Stenebo blames on Kamprad's increasing paranoia. Ikea, in spite of being the world's largest furniture company, is run exclusively by people from Älmhult in the Swedish region of Smaland -- the small town where Kamprad himself grew up. "Born on the farm" is how the Swedish describe it. The importance of blood and place of birth within Ikea is no coincidence, Stenebo claims -- blatant racism exists within the company.

Around the world, Ikea is heralded as a model global corporation. In a 2001 article, the US newsmagazine Newsweek described the firm as "the prototypical Teflon multinational" because "no charge ever sticks for long." However, Stenebo insists that this has more to do with the company's cynical and underhanded tactics than its supposedly sustainable business model.

Stenebo makes accusations regarding the company's purchasing practices. He claims that, while Ikea wants to be seen as a shining example of an eco-friendly company, it also wants guaranteed access to a regular supply of wood. "The key to Ikea's low prices is the supply of cheap raw materials," Stenebo says. "And Ikea's furniture is mostly made of wood."

In politically correct times, collaborating with environmental groups is not just a question of good publicity. Many wood-producing nations are under constant pressure from the international community. Nowadays Ikea sources a significant portion of its wood products from China, Stenebo claims. "I know that even in China you can't buy legal wood for the price that we paid there," Stenebo says.

However large corporations are often accused of not checking their suppliers' practices thoroughly enough and of trying to influence environmental activists. Clothing manufacturers, in particular, are regularly the targets of criticism. Even if the allegations are true, Ikea would not be an exception in this respect.

Cheaper than a Clean Conscience

Stenebo gives further examples of commonly made allegations against Ikea, from the feathers allegedly plucked from live geese that go to fill the "Gosa" pillows and "Mysa" blankets (the products' names are both Swedish words for "cuddle") to the carpets in the "Barnslig" ("child-like") range apparently made by Pakistani children. Here, too, Ikea allegedly makes use of skillfully promoted sponsorships of children's aid organizations to effectively defend its image. "The fact of the matter is that a company like Ikea, with its enormous resources, is free to use whichever suppliers they want," Stenebo says. "But instead of using the best, they use the cheapest." Charitable gestures are cheaper than a clean conscience and have the added advantage of being tax-deductible, Stenebo notes.

But why did Stenebo decide to write the book now? Stenebo says that months ago he had a serious argument with Peter Kamprad, the Ikea heir apparent. It became clear to him, he says, that he had a conscience and that he could no longer ignore it. "Economic power means a responsibility towards people and the environment," Stenebo explains. "Peter does not understand that. Women and foreigners were excluded and the environment was consciously abused."

When approached by SPIEGEL ONLINE for a statement regarding Stenebo's book, Ikea's press department described the publication as "the views of a private individual." They declined to comment on the details of the book.

Stenebo, on the other hand, is confident that his book has long been on Kamprad's bedside table. "Ingvar will be reading the book with his chameleon eyes," he says. "He hates me and he loves me."

The pride in Stenebo's voice is hard to miss.

-- "According to Stenebo, since the mid-1990s, Ikea has "muzzled" a number of non-governmental organizations by paying them money. The author gives the example of Greenpeace."

-- "Greenpeace then got "a lot of money" for a media project that made other multinationals -- like the giant Finnish paper manufacturer Stora Enso -- look bad."

-- "When shortly afterward Ikea was apparently responsible for the felling of huge segments of rain forest in the Malaysian part of the island of Borneo, Greenpeace kept their side of the perfidious deal and publicly defended the Swedes, Stenebo says."

-- "Other well-known NGOs have also benefited from generous donations from Ikea, he claims."

These statements are untrue and are hereby retracted. 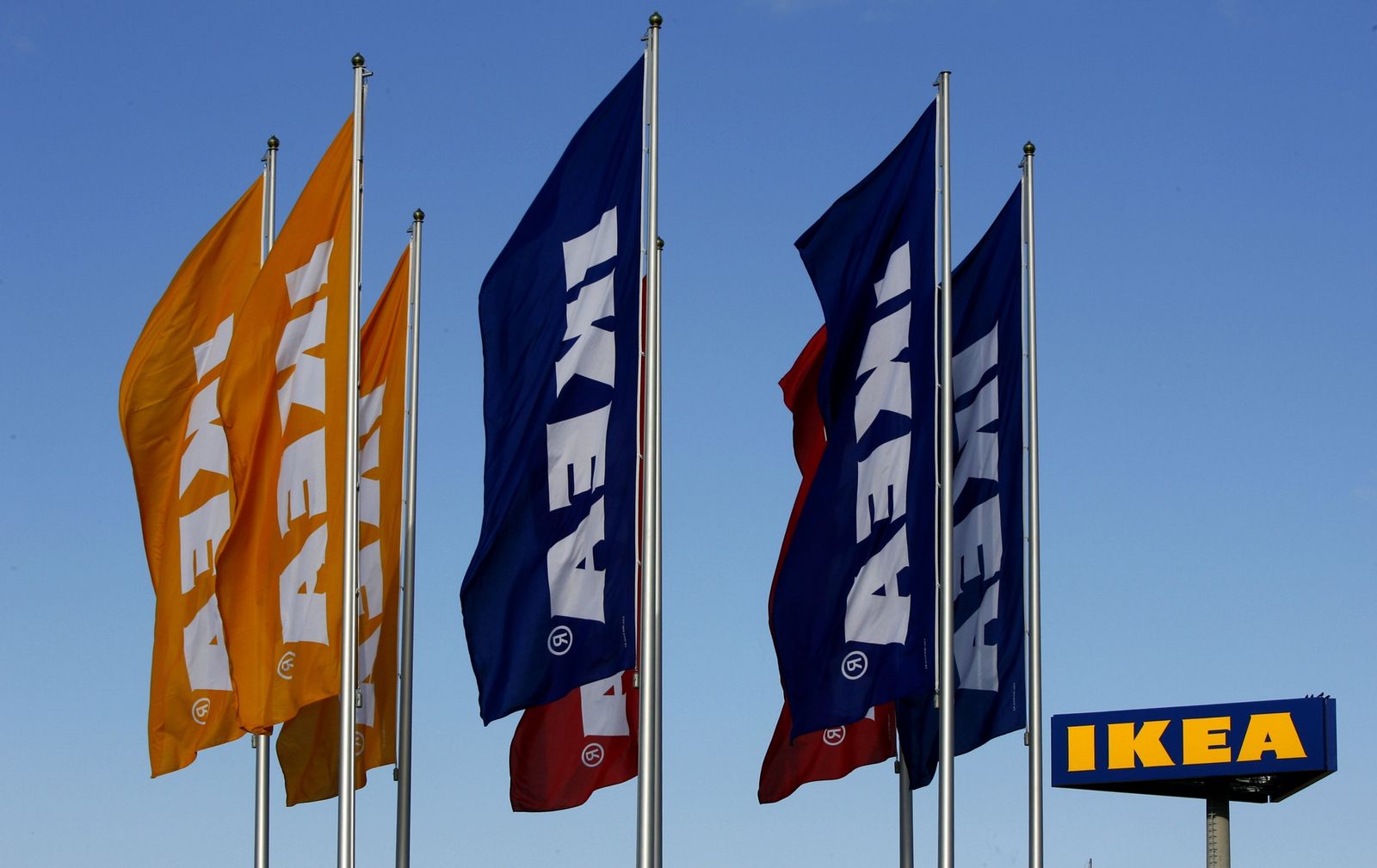 Ikea generally has a positive image. But a book by a former employee may change that.

Ikea generally has a positive image around the world.