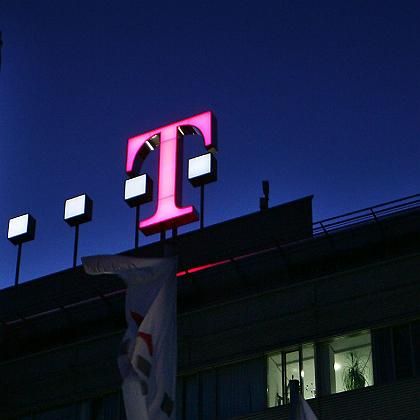 New details continue to emerge on the spying scandal that has hit German telecommunication giant Deutsche Telekom. In addition to rifling through telephone records for a year from 2005 to 2006 to determine the extent of contacts between management and journalists, it now looks as though Telekom was also using mobile phone signals to keep track of their locations.

According to information from SPIEGEL, Telekom sought to follow the movements of journalists covering the telecommunications company as well as members of Telekom advisory boards, in an effort to determine how sensitive company information was finding its way into business magazines and newspapers. Public prosecutors are investigating that and other allegations following Thursday's search of company headquarters in Bonn.

In addition, German newspaperSüddeutsche Zeitung on Friday reports that investigators are also looking into whether Telekom nosed into bank data of journalists and company managers.

Also on Friday, SPIEGEL TV reports that a Berlin private detective company allegedly hired by Telekom to spy on a business journalist as far back as 2000 was founded and run by former employees of the infamous East German secret police, the Stasi.

The Financial Times Deutschland reported on Thursday that Tasso Enzweiler, who reported on Deutsche Telekom for the paper, was spied on with hidden cameras in an effort to determine who was passing him sensitive company information. Telekom has denied knowledge of the 2000 incident.

The spying scandal broke last weekend following a SPIEGEL story indicating that the company was cooperating with public prosecutors to determine the veracity of allegations that the company hired outside companies to spy on journalists and managers. Telekom has since admitted that, during a one-year period from 2005 to 2006 -- at a time when the company was under the leadership of former CEO Kai-Uwe Ricke and supervisory board head Klaus Zumwinkel -- the company turned over telephone connection data to a Berlin firm to find out who in the firm was speaking with which business journalists. Company management was growing increasingly frustrated at the number of insider stories hitting the headlines.

Both Zumwinkel and Ricke have denied knowing anything about the spying, but Ralph Kühn, head of the Berlin company network.deutschland GmbH, which undertook the monitoring contract, said that "the assignment came from high up and was discussed with the Telekom executive board." German public prosecutors on Thursday opened an official investigation into both Ricke and Zumwinkel. The investigation into Telekom is looking into whether the company violated laws protecting the secrecy of telecommunications and data protection regulations.

Current CEO Rene Obermann, whose stint at the head of Telekom began on November 13, 2006, has denied having had anything to do with the scandal. His office was searched on Thursday, but he is not currently a focus of the investigation. He has come under criticism for not going public with the spying scandal when he first learned about it last summer.

According to SPIEGEL, however, the Berlin company charged with monitoring Telekom managers and journalists submitted a bill for €359,000 in the autumn of 2006 and the bill was paid on November 23, 10 days after Obermann took over. The bill was paid from an account controlled by Telekom management, but Obermann said that he never heard about the bill and that his schedule had been packed in his first days at the head of the company.

Since the scandal first hit the headlines on the weekend, a number of concrete allegations against Deutsche Telekom have been made:

With reporting by Frank Dohmen