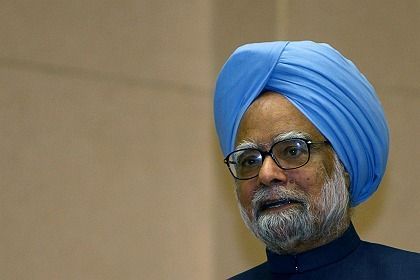 Just six months ago, India was looking good. Annual growth was 9 percent, corporate profits were surging 20 percent, the stock market had risen 50 percent in 2007, consumer demand was huge, local companies were making ambitious international acquisitions, and foreign investment was growing. Nothing, it seemed, could stop the forward march of this Asian nation.

But stop it has. In the past month, India has joined the list of the wounded. The country is reeling from 11.4 percent inflation, large government deficits, and rising interest rates. Foreign investment is fleeing, the rupee is falling, and the stock market is down over 40 percent from the year's highs. Most economic forecasts expect growth to slow to 7 percent -- a big drop for a country that needs to accelerate growth, not reduce it. "India has gone from hero to zero in six months," says Andrew Holland, head of proprietary trading at Merrill Lynch India in Mumbai. Many in India worry that the country's hard-earned investment-grade rating will soon be lost and that the gilded growth story has come to an end.

Global circumstances -- soaring oil prices and the subprime crisis that dried up the flow of foreign funds -- are certainly to blame. But so is New Delhi. Much of the crisis India faces today could have been avoided by skillful planning. India imports 75 percent of its oil to meet demand, which have grown exponentially as its economy expands. The government also subsidizes 60 percent of the price of such fuels as diesel. In 2007, when inflation was a low 3 percent, economists such as Standard & Poor's Subir Gokarn urged New Delhi to start cutting subsidies. Instead, the populist ruling Congress government spent $25 billion on waiving loans made to farmers and hiking bureaucrats' salaries.

Now those expenditures, plus an additional $25 billion on upcoming fertilizer subsidies, is adding $100 billion a year -- or 10 percent of India's gross domestic product, or equivalent to the country's entire collection of income taxes -- to the national bill. This at a time when India needs urgently to spend $500 billion on new infrastructure and more on upgrading education and health-care facilities. The government's official debt, which dropped below 6 percent of gross domestic product last year, will now be closer to 10 percent this year. "Starting last year, the government missed key opportunities" to fix the economy, says Gokarn. In fact, he adds, "there has been no significant reform done at all in the past four years" -- the time the Congress coalition has been in power.

Even the most bullish on India are hard-pressed to recall any significant economic reforms made in the recent past. A plan to build 30 Special Economic Zones is virtually suspended because New Delhi has not sorted out how to acquire the necessary land, a major issue in both urban and rural India, without a major social and political upheaval. Agriculture, distorted by fertilizer subsidies and technologically laggard, is woefully unproductive. Simple and nonpolitical reforms, like strengthening the legal system and adding more judges to the courtrooms, have been ignored.

A June 16 report by Goldman Sachs' Jim O'Neill and Tushar Poddar, Ten Things for India to Achieve Its 2050 Potential, is a grim reminder that India has fallen to the bottom of the four BRIC nations (Brazil, Russia, India, and China) in its growth scores, due largely to government inertia. The report states that India's rice yields are a third those of China and half of Vietnam's. While 60 percent of the country's labor force is employed in agriculture, farming contributes less than 1 percent to overall growth. The report urges India to improve governance, raise educational achievement, and control inflation. It also advises reining in profligate expenditures, liberalizing its financial markets, increasing agricultural productivity, and improving infrastructure, the environment, and energy use. "The will to implement all these needs leadership," points out Poddar. "We have a government in New Delhi with the best brains, the dream team," he says, referring to Oxford-educated Prime Minister Manmohan Singh and Harvard-educated Finance Minister P. Chidambaram. "If they don't deliver, then what?"

More worried than most are India's businessmen, who have turned in stellar performances with their investment and entrepreneurial drive and begun to look like multinational players. For them, there's plenty at stake. But lack of infrastructure, from new ports to roads, along with an undeveloped corporate bond market and high prices for real estate, commodities, and talent, are causing them to hit "choke points and structural impediments all over. We will lose years," says Bombay investor Chetan Parikh of of Jeetay Investments.

Sanjay Kirloskar, chief executive of Kirloskar Brothers, a premier $470 million maker of water pumps, already has $100 million in overseas contracts. Yet few infrastructure contracts have come from New Delhi. Kirloskar had hoped to be part of a grand project linking India's rivers, but those plans have been on hold for four years. "The infrastructure growth we had hoped for has not come about," he says. "Instead, we will now expand overseas more than in India."

Such constraints on growth at home will have an impact. Corporate earnings growth is likely to dip, says Merrill Lynch's Holland, who now predicts just 10 percent growth, instead of the previous year's 20 percent. That slowdown makes it less attractive for foreigners to invest in India's stock market. Already this year, foreigners have taken $5.5 billion out of the market, compared with the $19 billion they invested last year. Gagan Banga, chief executive of India Bulls Financial Services, an emerging finance and real estate giant, points admiringly to China's ability to maintain its growth momentum for a decade, while India's has not been able to hold up for even three years. "Serious companies are going to grow at a much slower pace, and some may even de-grow this year," he says. Unless major policy decisions are made by New Delhi immediately to keep the economy on the growth path, he says, "India will slow down even further."

New Delhi defends its four year reign in India. "We've had 9 percent growth for four years in a row," says Sanjaya Baru, media adviser to Prime Minister Singh. "That is unprecedented." He attributes it to the increasing rate of investment, up from 28 percent of GDP to 35 percent currently, "close to most ASEAN economies," though he admits that a large part is from the private sector. "Yes, there is a fiscal problem, but there's a price to be paid for coalition politics," adds Baru. So having growth drop "from 9 percent to 7 percent is not grim."

Chetan Modi, head of Moody's India, says the increasingly high cost of doing business in India may force global investors who had set up base in India -- especially financial-services players -- to move to more affordable and efficient hubs, such as Singapore and Hong Kong. If the economy slows and inflation continues to accelerate, says Sherman Chan, economist at Moody's Economy.com, "social unrest is possible."

In fact, India is becoming a dangerous social cauldron. The wealth harvested by the reforms of previous governments has made itself evident in the luxury cars and apartments in India's big cities, leaving much of India full of aspirations but few means to achieve them. There is a severe shortage of colleges, yet a plan to build 1,500 universities gathers dust. The Communists in the ruling coalition are against both globalization and industrialization, so without new factories being built, employment growth has been almost stagnant, rising to just 2 percent -- a disappointing rate in a country where an estimated 14 million youths enter the workforce every year, but just 1 million get jobs in the regulated, above-ground economy.

Meanwhile, few expect any bold moves New Delhi, especially with national elections due in 2009 and five important state elections scheduled before the end of this year. Thus far, the ruling Congress party's record has been poor; it has lost almost every state election this year and is likely to lose all five of the upcoming ones.

The big hope for a return to the course of reform in India, businessmen hope, will be a new government in New Delhi next year. The gravest danger is that India's messy coalition politics will bring into power another indecisive alliance that will keep the country in policy limbo for another five years. If so, says S&P's Gokarn, it's a meltdown scenario: growth slipping below 6.5 percent, accelerating the chances of India reverting to its 1991 status when it was plunged into a balance-of-payments crisis.