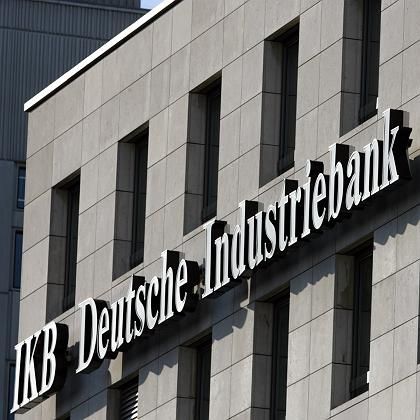 The troubled IKB bank is getting a much-needed cash injection -- again.

The list of casualties from the US subprime crisis is long and keeps getting longer. Financial institutions around the world have announced massive write-offs due to the credit crunch, with German banks such as WestLB and Sachsen LB being particularly hard hit by their exposure to obscure subprime-related investment vehicles.

Now the German government has stepped in to help out one particularly troubled bank. German Economy Minister Michael Glos announced Wednesday that the government, via the state-owned KfW banking group, will bail out the beleagured IKB Deutsche Industriebank AG to the tune of 1 billion euros ($1.46 billion).

Glos said that the Dusseldorf-based bank needs a total of 1.5 billion euros as a result of losses resulting from the subprime crisis. Other banks and investors will have to come up with the remaining money, he said, adding that it was still not clear "who will be taking part and for how much."

Finance Minister Peer Steinbrück warned that allowing IKB to go bankrupt would raise the risk of "a significant loss of confidence in Germany's entire financial sector."

The bank got into trouble after its Rhineland Funding investment vehicle was unable to meet its funding needs due to its exposure to US subprime mortgages.

The move is the second cash injection for IKB, which was saved from collapse last August by an emergency bailout funded by various German banks. The financial institutions wanted to save IKB to stave off a larger crisis in the German economy.

The subprime crisis began last summer when lenders defaulted en masse on so-called subprime mortgages, given to homebuyers with poor credit histories. Debts associated with these mortgages were packaged as attractive investment vehicles for big financial institutions, who then found themselves in trouble when borrowers defaulted.