SPIEGEL: Mr. El-Erian, the results of the stress test on European banks will be published on Sunday. If you had a billion dollars to bet for or against European banks, what would you do?

El-Erian: Stock markets are altogether overvalued; people took risks in financial markets that were too high. Banking stocks often exaggerate the development: If stock markets rise, bank shares rise higher. If stock markets fall, they fall deeper. Therefore, I would buy neither stocks nor bank bonds prior to a correction. I would focus on highly secured banking bonds.

Mohamed El-Erian, 56, was the CEO of the global investment firm PIMCO until March of this year. Currently, he is the chief economic advisor to Allianz, which owns PIMCO.

El-Erian: Soon, banks will no longer be the biggest risk to the financial system and the economy. And five years from now, many credit institutions will be smaller than they are today, having discontinued some types of business, and will better support the real economy.

SPIEGEL: Why only then? What has to happen first?

El-Erian: Not all banks will pass the ECB comprehensive assessment with flying colors. Some need capital, others need to downsize. Many banks haven't yet solved their culture problems and legal disputes. Foul credits and securities need to be further reduced. This is even more of a problem as the economic environment is now getting worse again.

SPIEGEL: In Germany there is an expectation that banks from the periphery of the European Union will prove weaker than financial institutions in core EU countries. Do you share that view?

El-Erian: That is putting it too simply. Peripheral countries like Ireland and Greece are at different stages of mastering the crisis. There will be banks in core countries of the euro zone that won't look very good in the test and others that will pass with ease. But this is exactly the problem: So far investors have been badly informed and couldn't distinguish between healthy and less healthy banks -- and therefore had less trust in all of them.

SPIEGEL: Will this examination of their balance sheets change that?

El-Erian: The exercise will provide a good momentary assessment of the system's condition. I'm convinced that the test is serious and strict. Furthermore, the comprehensive, and henceforth better comparable, balance sheet data will allow investors and analysts to run their own tests, with their own assumptions, if they consider these more realistic than the ECB scenarios. That is why this test will drive away thecloud of uncertainty which is hovering over the European economy.

SPIEGEL: Was Europe's reaction to the financial crisis wrong?

El-Erian: Of course the euro zone could have done better. The high unemployment rate, particularly among the youth, is alarming. But the same applies for the US, UK or Japan -- there is too little investment overall, and reforms to labor and production markets are incomplete. With the exception of Germany, the highly developed economies slept through their opportunity to renew themselves.

SPIEGEL: Why is that?

El-Erian: The US, the UK, Ireland, Iceland, Greece and other countries fell in love with the wrong growth model. They believed that -- following the agrarian economy, industrialization and the service economy -- the primacy of financial industries represented the next step of capitalism. Financial service providers that supported the rest of the economy turned into banks serving only their own interests.

SPIEGEL: What has changed in that regard? Central banks in Europe are still mainly focused on supporting the banks.

El-Erian: No. Neither the Fed nor the ECB believe anymore that this model is sustainable on the long term. With their loose fiscal policy, they merely want to build a bridge until a system has been established in which banks play a serving role again.

SPIEGEL: They've been building this bridge for quite some time.

El-Erian: Correct. And I'm afraid that the malaise and the weak growth will be here for a long time. Some politicians still don't realize how serious the situation is. They believe it's only a cyclical problem, just as there have always been periods of economic downturn and periods of boom. But the long-term tendency points downwards; the capacity to grow is declining continuously.

SPIEGEL: The ECB has now begun buying securities from banks on a large scale. Will that help the economy?

El-Erian: The far-reaching reforms that are needed can only come from governments. They have every opportunity to avoid a new downward spiral. That's why this is so frustrating. It's merely a question of political will and lasting implementation.

El-Erian: The three biggest economies of the euro zone -- Germany, France and Italy -- are facing headwinds. But instead of pulling together, the three insist on opposing positions. In the end, all sides will have to move. Structural reforms are required in almost all European countries. But it is good that Germany has now started to talk more about investments, such as into infrastructure, for example. 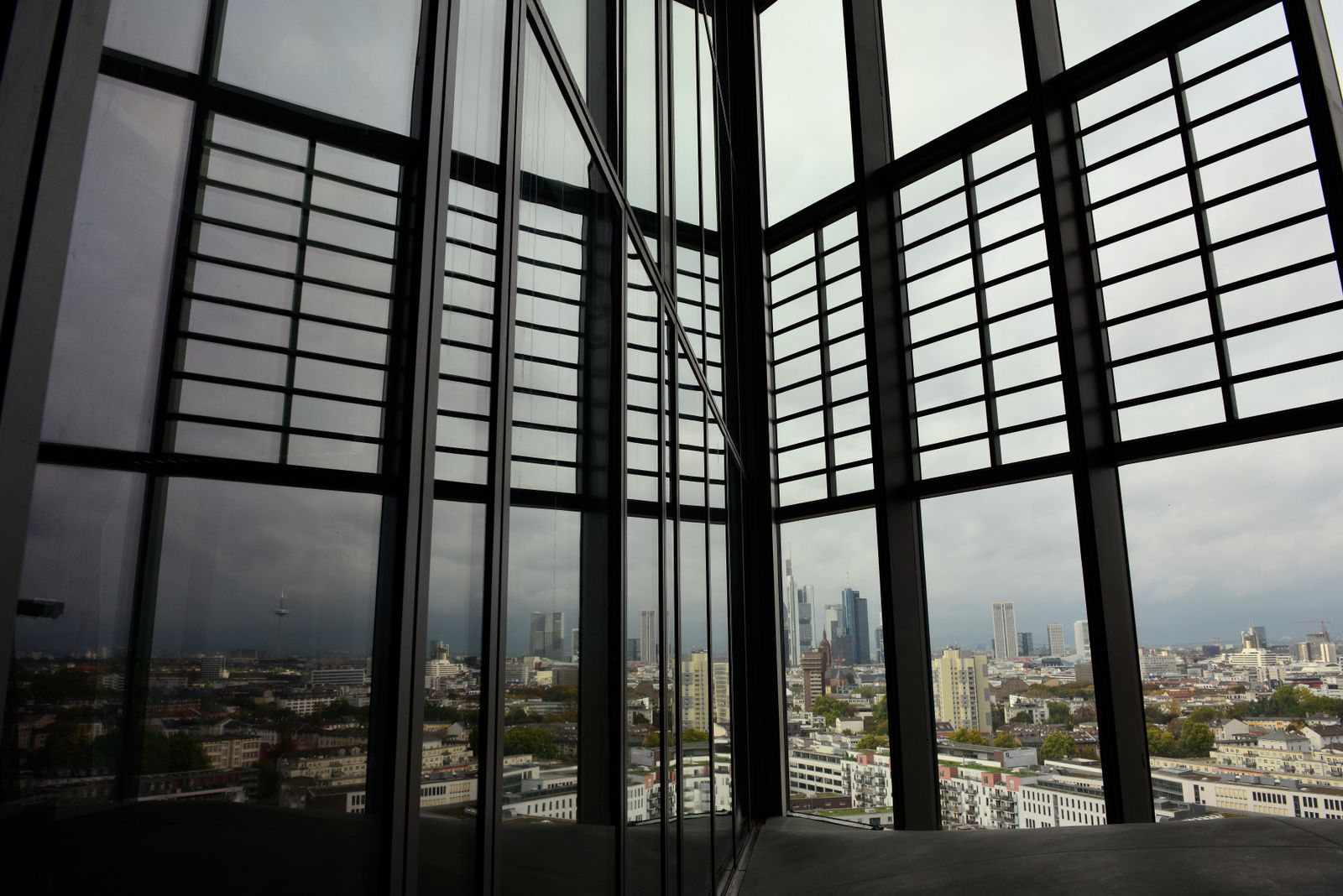 Gathering clouds over Frankfurt can be seen from the new ECB headquarters, still under construction.