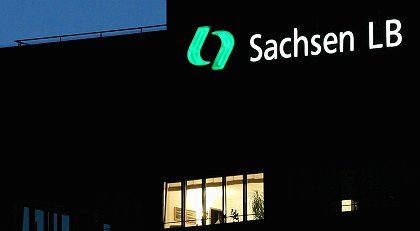 The sale of Landesbank Sachsen to Landesbank Baden-Württemberg has gone through.

The deal was initially agreed to back in August. After Landesbank Sachsen (Sachsen LB) ran into massive difficulties stemming from the subprime collapse in the United States and resulting credit shortages, Landesbank Baden-Württemberg (LBBW) expressed interest in buying it. But the deeper LBBW plunged into the books of Sachsen LB, the less it liked what it saw. This week, the deal seemed on the verge of collapse.

Early Thursday morning, though, the Saxony state bank reached a deal with its Baden-Württemberg counterpart. The eastern German state of Saxony agreed to put up a guarantee of €2.75 billion ($4 billion) to help cover some €43 billion worth of risky investments at Sachsen LB and an affiliate, according to Saxony government spokesman Peter Zimmermann. The bank itself, he confirmed, changed hands for €328 million in cash.

The talks, which have been going on throughout the week, nearly collapsed over how much Saxony would be required to put up in guarantees. According to press reports, LBBW had been demanding €4.3 billion, which would have amounted to almost a quarter of Saxony's entire state budget. Saxony Governor Georg Milbradt promised state taxpayers one month ago that the sale of the state bank would not cost them a single cent.

Indeed, even with the deal agreed to, Milbradt's political future may be as black as the state bank's balance sheet is red. According to the Süddeutsche Zeitung, Milbradt on Wednesday urged his party, the Christian Democrats, to cease speculating publicly about his future. Milbradt was Saxony finance minister from 1990 to 2001, but claims that his official connection to the state bank ended seven years ago. He has consistently declined to take any political responsibility for the troubles of Saxony's state bank.

Sachsen LB ran into trouble when it became overexposed in the US mortgage market via an affiliate based in Ireland called Ormond Quay. The subprime crisis meant that Sachsen LB was suddenly unable to provide credit it had pledged. The German association of savings banks made billions of euros available to the bank in the summer and autumn to keep it from collapsing. Jochen Sanio, president of the German Financial Supervisory Authority (BaFin) was reportedly considering shuttering Sachsen LB had the sale not gone through.

The deal comes one day after the US Federal Reserve agreed with the European Central Bank and central banks in England, Canada in Switzerland on a massive liquidity injection to help alleviate what it termed elevated pressures in the credit markets. It is the biggest such move since immediately following the Sept. 11, 2001 terrorist attacks in the US.