Five hundred officials with the German Federal Criminal Office (BKA), the federal police and tax investigators searched Deutsche Bank's headquarters on Wednesday morning. A short while later, the finance giant declared that its CEO Jürgen Fitschen had become the subject of an investigation. Officials are looking into possible value-added tax evasion by Fitschen and the company's chief financial officer Stefan Krause.

Specifically, investigators areexamining whether the company conducted illegal trade in carbon emissions certificates. The Frankfurt public prosecutor's office has accused 25 of the bank's employees of serious tax evasion, money laundering and obstruction of justice. On Wednesday, they ordered the arrest of five suspects.

Now Fitschen is also the subject of investigation. Is there a chance of him losing his job, though? Probably not.

What may seem like automatic grounds for stepping down in the world of politics is handled a bit differently in business. In contrast to political leaders, executives are capable of withstanding quite a bit more. Indeed, quarterly reports can be far more dangerous for most executives than a team of prosecutors. That makes it unlikely that Fitschen or Krause would immediately step down.

The public prosecutor's office in Frankfurt is investigating both executives because they signed the company's value-added tax statement for 2009. In the statement, the bank sought to get back €310 million ($405 million) in value-added taxes, which investigators believe it was only able to claim because of a conspiracy to evade the value-added tax committed by an international band of traders that used the bank to conduct its trades. The bank later corrected the tax declaration, but investigators believe those changes were made too late. Investigations into the trading ring have been ongoing since 2010.

Such legal problems have almost become a tradition at Germany's largest bank. And anyone serving as Deutsche Bank's CEO is likely to quickly get used to the fact that lawyers and prosecutors might soon be knocking at the door.

Nevertheless, it seems like a bitter twist of fate that Fitschen would now be the subject of investigation. One of the main reasons he was crowned as chairman of the board at Deutsche Bank is that he makes such an earnest impression. With his correct demeanor and down-to-earth professional background, Fitschen, a native of the German state of Lower-Saxony, was meant to serve as the counterweight to his flashy co-CEO, Indian investment banker Anshu Jain.

It remains questionable whether prosecutors will succeed in producing a solid case against Fitschen. Although he was already serving as a member of the board during the period the investigation covers, he did so in a capacity as the head of regional management. Business involving carbon emissions certificates were not part of his area of responsibility, but rather those of former investment banking chief Jain. The way things look now, it appears the only reason Fitschen is being held accountable is because the tax return statement includes his signature.

So how did his signature wind up there? Normally, a tax statement must be signed by the chief of finance and another member of the board. Apparently the practice at Deutsche Bank had always been to get the signature of the chairman of the board -- which in 2010 would have been Swiss national Ackermann. The former chairman and CEO, who traveled frequently as part of his work, was apparently absent the day the document was signed and Fitschen reportedly stepped in to provide his signature.

Only time will tell if the case is really that straightforward or not. But even if it turns out that Fitschen was more deeply involved, he is still unlikely to step down any time soon. 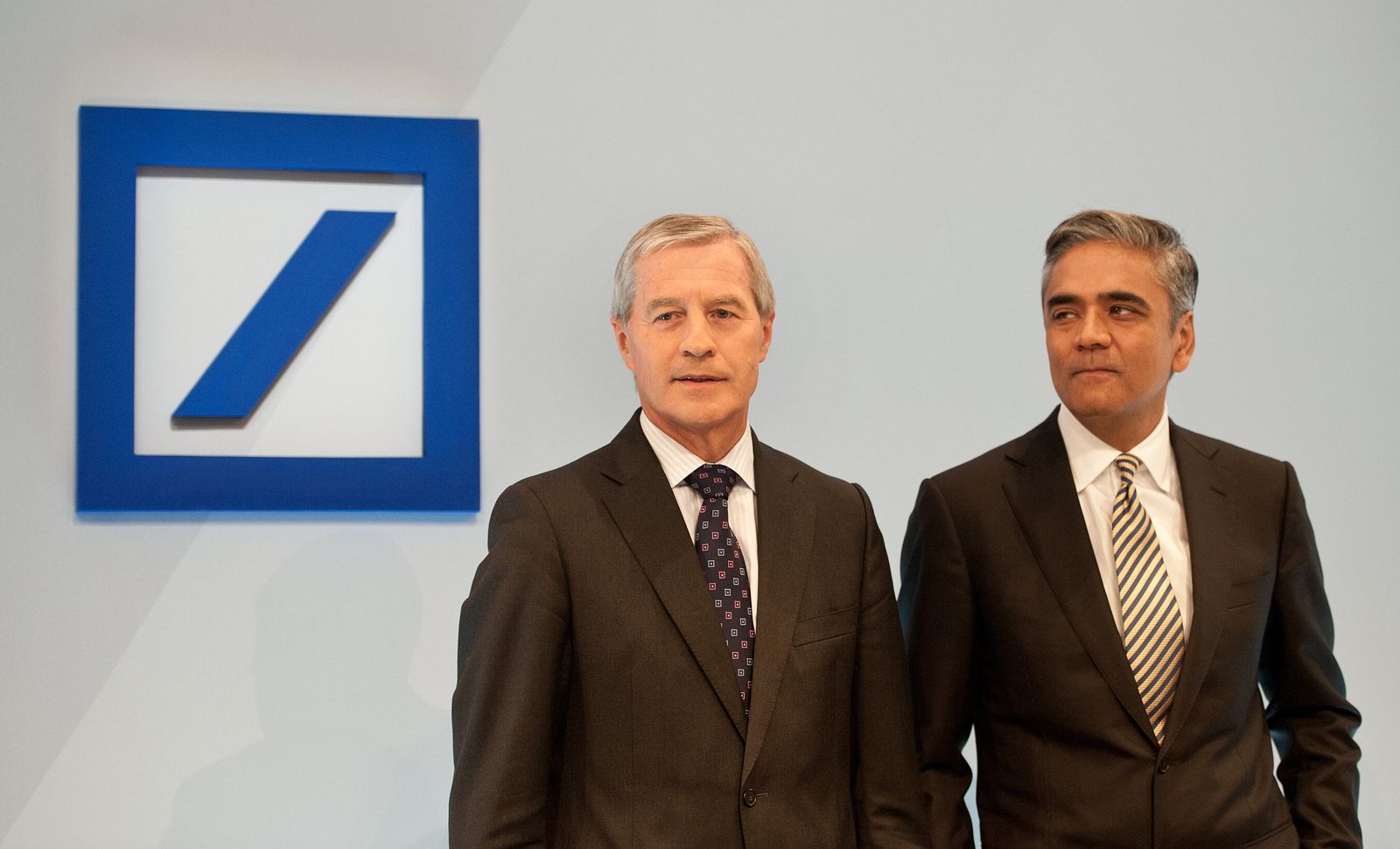