Young, trendy and -- most importantly -- relatively cheap, it's no surprise that Berlin has emerged as the driving force of Europe's booming technology scene. It ties in with Germany's reputation for innovation and creativity, and educated young entrepreneurs have flocked to the German capital to put their ideas into action.

But for many within the tech scene, all is not as it should be. A pet hate for many company founders is the so-called copycats, clones of start-ups which have proved successful elsewhere, notably in the US. Simply take the same idea, call it something different and launch it in Europe, before selling it on to make a quick profit. Examples include accommodation finder Wimdu which "copycated" airbnb, deal-of-the-day website City Deal which aped Groupon, and online fashion store Zalando which followed in the footsteps of Zappos.

'It's Time for a Change'

In a world where creativity is everything, however, there has been a backlash against the copycats. In a recent blog post, Berlin-based start-up 6Wunderkinder celebrated what it says is a return to innovation in Berlin and the rest of Germany. "People recognize us European founders as great executers, but also for not being very creative at all," the post reads. "There were simple reasons for this. Entrepreneurs could simply clone an idea right from the other side of the globe and they didn't have to go through any leaps or bounds as it had already been tried and tested elsewhere."

"So that's the history," the post continues. "Now it's time for change."

One of the authors of the post, 6Wunderkinder's PR manager Jessica Erickson, explained why copycats are such a problem. "Founding copycat start-ups has definitely been a trend over the last four years," she told SPIEGEL ONLINE. "It labels Germany as a copycat country, and gives it a bad reputation abroad among investors, opinion-makers and influential bloggers."

A lot of European companies, especially in Germany, just want to make quick money, she explains. "They can take an existing idea and have the developers quickly get it up and running," she says. "It is easy to take an idea that has been tested in the market. But if everyone copies each other, there would be no more innovation."

Now, however, the winds appear to be changing. The blog post has attracted a lot of support, Erickson says, precisely because it was what many start-ups were thinking anyway.

"We have really seen the effects in the last few days," Erickson says. "We have been tweeting the founders of these innovative companies and all of them were very supportive of it." She says she hopes it can become a kind of movement. "Everyone seems to be on board, and we want to start a proper dialogue. You never hear from the smaller start-ups -- it's always the same few names repeated -- so we want to get the community to discuss this properly."

On an international level, Germany has always been a place of innovation, with companies like BMW and Siemens, argues 6Wunderkinder's community manager Matthew Bostock, the co-author of the blog post. "But recently it seems to have lost that spark. We hope that this innovation is now being rekindled, reconnecting with the community which has been so innovative in the past."

Stagnation is the biggest problem, Bostock feels. "With something as boundless as the Internet and software, people want to see innovation and new ideas, new boundaries," he says. "It makes Germany a very stagnant place -- or at least it did." 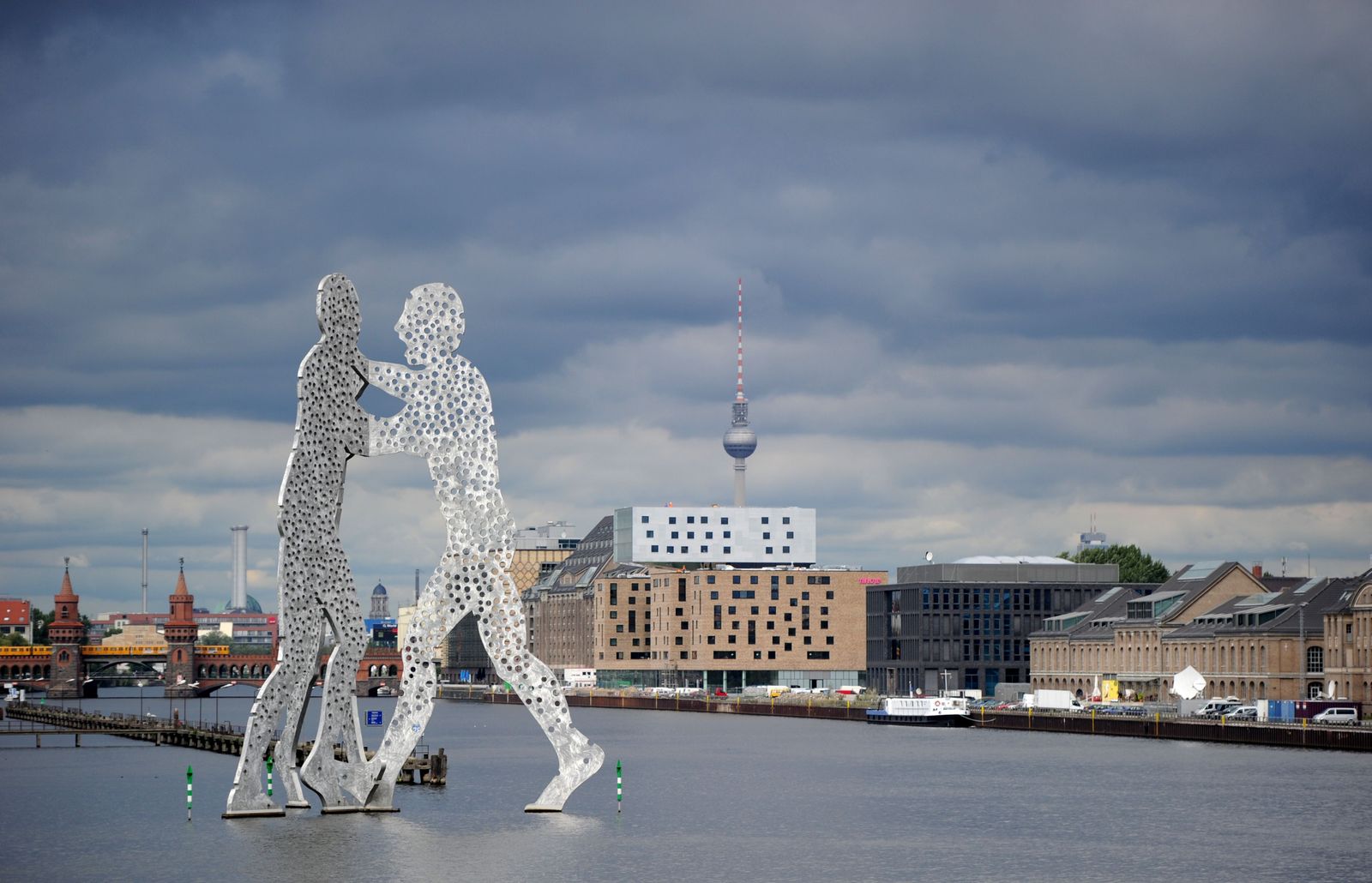 A view of Berlin's skyline including the "Molecular Man" sculpture. Now the city's tech scene is fighting back against the copycats.