Astrid Braungart would have never gotten a job if her current boss had looked at her picture. "My application picture was very conservative, very stuffy," says Braungart, who has been head of marketing at German online gift retailer Mydays since February. Her boss later told her that her picture didn't quite fit the image of the company, which he saw as young and innovative. "But now he's glad he didn't see it."

Mydays is one of eight organizations that took part in a year-long pilot project in Germany to test the effectiveness of anonymous job applications. From the end of 2010 to the end of 2011, these employers either marked out personal information on job applications before they were sent for review or used standardized job applications where contact information is separated from qualifications. Among the ranks of participants are a mix of Germany's biggest names as well as smaller entities: national postal service Deutsche Post DHL, telecoms giant Deutsche Telekom, L'Oréal Deutschland, Procter & Gamble, the German Family Ministry, the State Employment Agency for the state of North-Rhine Westphalia, the city of Celle in Lower Saxony and the small e-commerce firm Mydays.

In a country where photos, birthdays, gender and even family status are requisite job application features, the project is making waves. Its organizers sought to test how practical it is to implement anonymous interviews and whether or not they make a difference. "The current situation is that applicants feel they will be judged negatively if they don't include a photo on their application," says Ulf Rinne, a senior research associate at the Institute for the Study of Labor (IZA) in Bonn, which evaluated the results.

By the end of the year, more about 8,550 applications had been processed as part of project. Of those, 1,293 were invited to interviews and 246 applicants ended up with jobs or internships.

Although the institute doesn't specify the gender or background of those who got jobs, it says that experienced women, who might otherwise have been passed over because of the likelihood they had children, and people with foreign backgrounds benefited significantly. An earlier study which motivated the pilot project showed that people with Turkish names had a 14 percent lower chance of landing a job interview, says Rinne. That's an important statistic, too, given that people of Turkish heritage comprise about 3 million of the country's total population of 81.8 million. Anonymous applications gave both women and people with foreign backgrounds the same chance of getting to the interview stage as other applicants, the final report released Monday states.

Because of privacy policies of the organizations involved in the project, however, the final report did not include statistics on its efficacy at any of the companies or government offices.

Of the eight employers that took part in the study, only three are continuing with anonymous applications. L'Oreal said in a statement that the process showed the company that it is already open and sensitive to diversity, because the profiles of those interviewed through the process were no different from their normal recruiting process. Mydays, which hired 9 people through the project, is continuing the process for some of its open positions, but not in areas such as IT and finance where it gets too few applicants anyway. In addition, the German states of Rhineland-Palatinate and Baden-Würtemberg are also starting pilot projects for anonymous application processes for government jobs.

With the official project complete, Rinne concedes it will now be up to employers to decide if they want to continue using anonymous applications. "Of course there is some opposition," he says. Copying applicants' information into standard tables takes about 10 to 15 minutes and blacking out sensitive data takes anywhere from 15 to 40 minutes. Even when employers have standard or online applications which are anonymous from the start, they may not have an incentive to use them, says Rinne. "Companies are in the comfortable position of getting more information about an applicant because it preserves their advantage," he says.

Officials in the city of Celle in Lower Saxony say they will also continue to use anonymous applications. In addition to setting an example for other employers, the process allowed the city to sort through applications with objective criteria, says Mayor Dirk-Ulrich Mende. The city recently received 1,900 applications for 30 open positions and continues to get flooded with applicants because, Mende believes, of its reputation as a good place to work. One of their recent hires has severe disabilities.

Mende says he would like to see the trend in anonymous applications grow.

The Celle mayor, who had previously worked on integration issues at the state's interior ministry in Hanover, saw that in English-speaking countries like the United States, Canada and the United Kingdom, applicants didn't send photos. Besides, similar projects have already been undertaken in other European countries, including Sweden the Netherlands, Switzerland, France and Belgium. Mende would now like to see German institutions adopt the practice as well.

"Of course you are going to look at a picture if it's there," he says "There is an emotional reaction, whether you like it or not, and that is not always valuable." 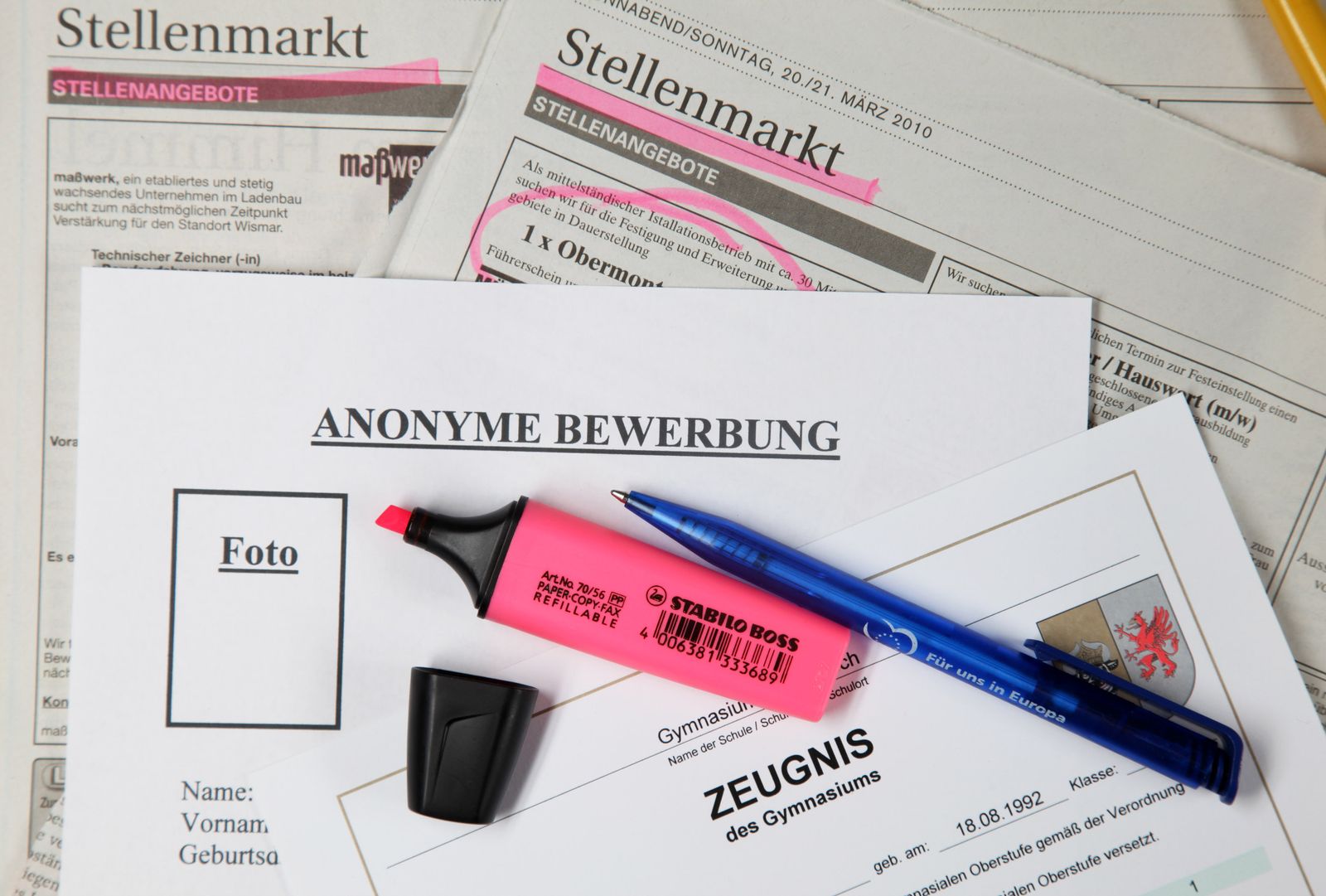