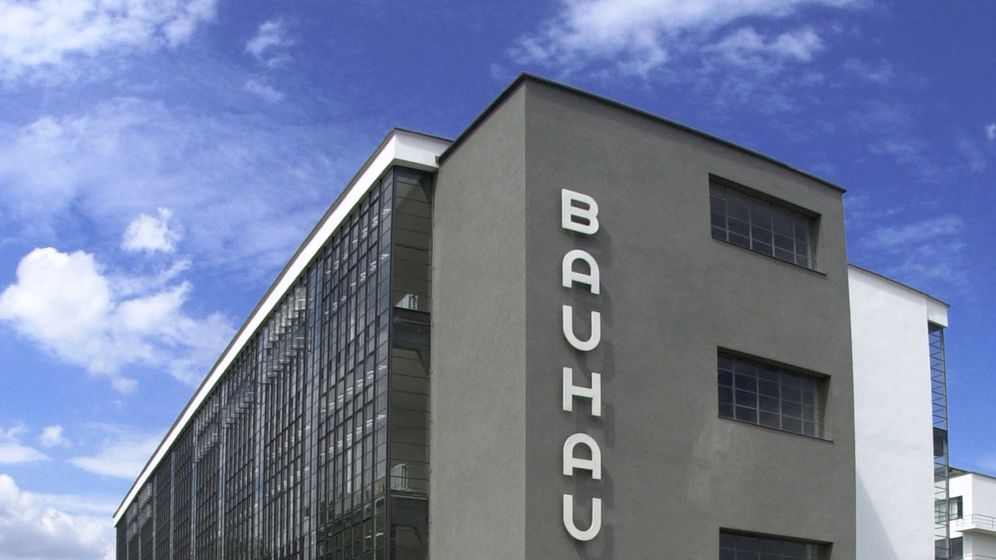 Architect Walter Gropius and his group of communal craftsmen put a radical stamp on architecture, design and art education during Germany's Weimar Period between the two world wars. He even claims he coined the term "Bauhaus" as the name for his atypical art school.

Along the way, though, he forgot an important thing: to protect the name.

As a result, up to 40 companies in Germany and myriad others abroad have taken the word "Bauhaus" as a brand or title. The imitators include a furniture label in the United States, a rumored bordello in Japan, a chocolate variety that touts its form and function, a real estate company and the early British gothic band led by Peter Murphy.

"Bauhaus sells," says Dr. Annemarie Jaeggi, director of the Bauhaus Archive Museum in Berlin. "That's the point." When someone is copying you or your name in a corporate context, she says, "then you see that you really have a brand."

But the greatest squatter of the moniker is a do-it-yourself retailer based in Mannheim, which trademarked the Bauhaus during postwar divided Germany. It happened before Gropius and others moved to established archives and museums -- in Dessau and Weimar (in the former east) and Berlin -- to explain and protect the historical Bauhaus and its legacy. Now, it's causing confusion to the general public and frustration to Bauhaus design aficionados.

The Bauhaus Archive vs. Bauhaus AG

Heinz G. Baus started with a 600-square-meter lumber and home improvement store in Mannheim, calling it "Bauhaus" in 1960. Sources at the company say he picked up the retailing idea in the US and brought it back to Germany. A reclusive owner, Mr. Baus avoids public attention and declines most interview requests, including one from SPIEGEL ONLINE.

His Bauhaus stores are becoming more and more ubiquitous around Europe. The Swiss-registered Bauhaus AG now has 190 stores in 15 countries around Europe, expanding as far north as Scandinavia and as far south as Spain and Turkey. It's planning new stores in Montenegro, Serbia and Slovenia.

Bauhaus AG has expanded from selling lumber and other building materials, like America's Home Depot, and into the territory of Walmart with some home goods. Its brand logo uses the color red and block letters to spell Bauhaus, echoing the black and red graphics ubiquitous in the historical design movement. The store brand's slogan: "Wenn's gut werden muss," or "When it has to be good," is repeated over loud speakers in the company's large, concrete store spaces.

On a recent day at a Bauhaus franchise in Berlin's Neukölln neighborhood, dozens of shoppers file through the massive store space with 30-foot high ceilings and massive, floor-to-ceiling metal shelves holding everything from saws to screws to light bulbs. "I don't think this has something to do with Gropius," says Harmut Niemke, 59, who was buying coal for his home stove. "I hadn't thought about it."

Robert Köhler, a spokesman with Bauhaus AG, says Gropius' Bauhaus school has some things in common with the store franchises. "We offer products that are very helpful for your house and garden," he says. "The story of Bauhaus in Dessau and Weimar is very similar to that. It's very functional and for the people."

But Bauhaus Archive's Jaeggi offers an altogether different take. "If you look at their products," she says, "you can see it has absolutely nothing to do with what (the original) Bauhaus wanted to do."

Gropius started the original Bauhaus -- a "house of construction" or "school of building" -- in Weimar in 1919 as a school that combined crafts and fine arts. The school attracted and developed myriad talents and would have a major influence on art, architecture, design and typography for decades to come.

"Little in our lives has not been influenced by it, from what we read and wear to how we live," wrote American art historian Elaine S. Hochman in her 1997 book"Bauhaus: Crucible of Modernism." Items from the Bauhaus are included in the collections of some of the world's leading museums, such as New York's Museum of Modern Art (MOMA).

As the National Socialists rose to power in Weimar Germany, authorities grew wary of the free-natured, left-leaning and collectivist Bauhaus School, viewing it as subversive to both the Nazi aesthetic and their political goals.

The school moved to the eastern German town of Dessau in 1925, but it moved to Berlin in 1932 under the leadership of architect Ludwig Mies van der Rohe. But it closed a year later due to pressure from the Gestapo. Many famous Bauhaus faculty and alumni, such as Gropius, Marcel Breuer and painter Paul Klee, moved to new posts in the United Kingdom, France and the US.

Meanwhile, the Bauhaus Archive formed in the 1960s, first in Darmstadt. In 1972, it moved to Berlin, with most of its budget funded by the city's government. From very early on, the design community was wary of impostors who attempted to take the Bauhaus name.

"The director of the archives and even Walter Gropius were not that pleased that there was another institution using the name," Jaeggi says during an interview.

One of the first actions by the Bauhaus Archive in Berlin was to sue the Bauhaus company at the District Court of Mannheim over the naming rights in 1972. It asked the court to ban the company from using the moniker, to delete it from the commercial register in Mannheim and to give up the trademark at the German patent office.

Some argue DIY chain owner Baus opportunistically grabbed the "Bauhaus" name at a politically chaotic time, when Gropius and others were dispersed abroad and no one thought to protect the name. Others say the word "Bauhaus" was similar to Mr. Baus' own name or that combination of Bau and Haus, German words meaning building and house respectively, was just too common an expression to warrant any protection. They argued anyone should be allowed to use it.

Ultimately, the court ruled in favor of the company, dismissing the Bauhaus Archive's claim and ordering it to bear the costs of litigation. The term Bauhaus can "no longer be attributed to a specific person, but has become a style concept that is part of the public domain," the judge determined. He wrote that the Bauhaus school had closed, its name had never been protected and the idea of granting the exclusive naming right to museums years after the fact "contradicts principles of commercial law."

It's nose bloody from the defeat, the Bauhaus Archive has largely avoided entanglement with the home goods company and other apparent brand infringers ever since. "We are looking ahead rather than back into these past experiences," says Jaeggi. "We just have to accept reality and continue with what we're doing."

At the moment, Germany's three Bauhaus museums are busy enough. They are working together more frequently, with a joint Internet portal and with exhibitions, such as one scheduled to coincide with the 2012 London Summer Olympics called "Bauhaus: Art As Life" at the Barbican Art Gallery. The Weimar organization plans to open a new €22 million ($28 million) museum in 2015. The Bauhaus Archive in Berlin also has plans to expand its exhibition space because only 30 percent of its collection is currently on display.

Arthur Cohen, a founder of New York-based brand consultant LaPlaca Cohen, says the failure to protect the name means less revenue from license fees for the museums, which receive federal and private support as nonprofit entities. "Had there been agreements early on that are strong and enforceable, not only would there be an ability to protect and enforce what the Bauhaus legacy is, but there also would be revenue streams," he says.

"It's particularly challenging for members of the public who didn't grow up knowing about the Bauhaus tradition and ideals to identify or understand what it is now," Cohen says. "It has been diluted to a different category and an everyday aesthetic."

The Bauhaus Archive in Berlin has rouhgly 20 employees and another 30 contractors at the small museum and library, which has more than 100,000 visitors each year. By contrast, Bauhaus AG has 18,000 employees now and is focusing on opening massive, 20,000 square-foot stores in cities, such as Leipzig, Bremen and Cologne.

"It's a source of much confusion, even for us," says Andreas Kühnlein, a spokesman for the Bauhaus Foundation in Dessau. He took a trip to Sweden and Finland, recently, which have Bauhaus do-it-yourself stores. When he told people he worked for Bauhaus, "they all thought I was standing by the saws or something." He says his office regularly receives call from people asking where to buy wood or other building materials.

"In 50 or 100 years, no one will know there is a difference," between the historic school of Gropius and the home goods company, says Bauhaus AG spokesman Köhler. "Perhaps in Germany (people will know the difference). But not in other countries." 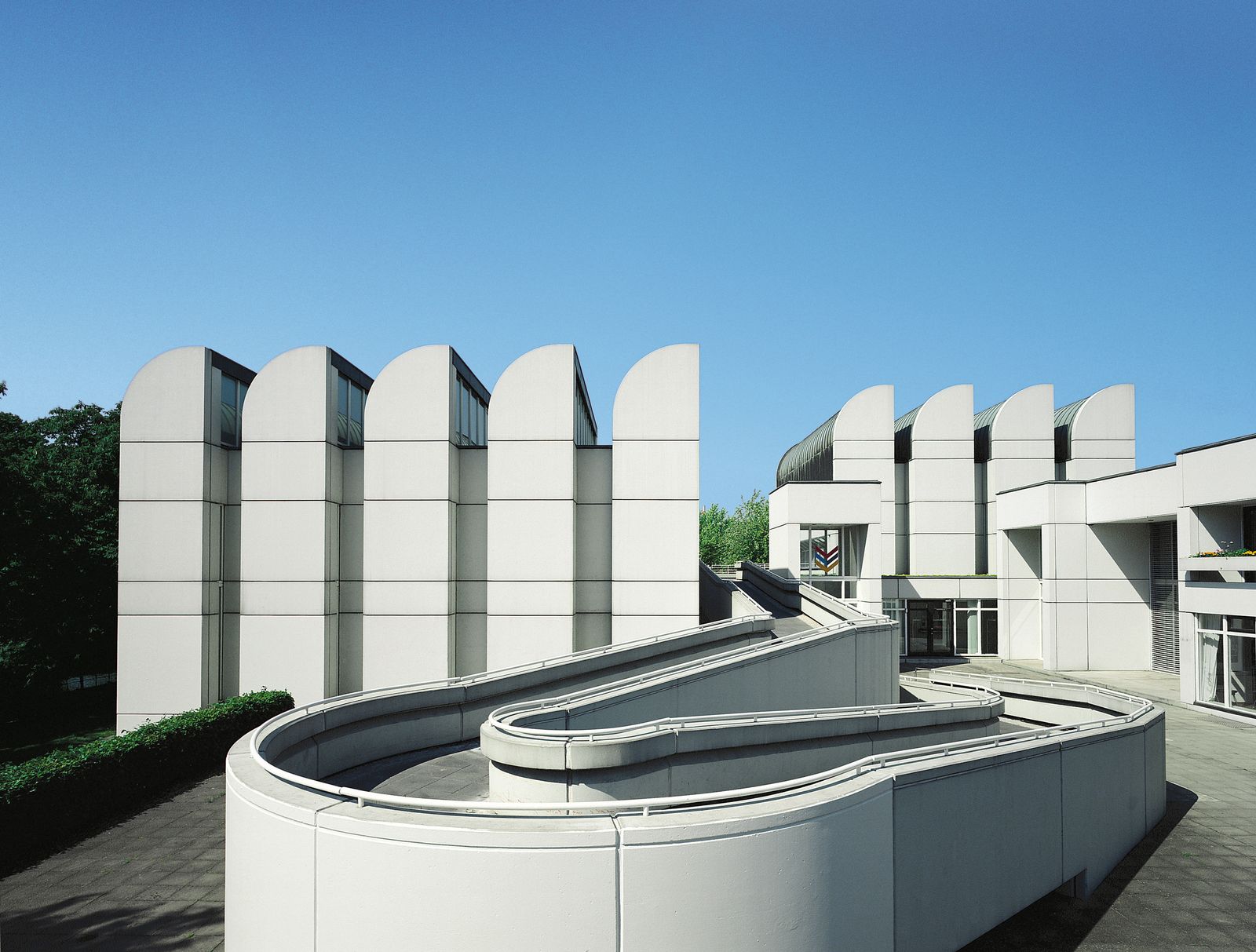 The Bauhaus Archive Museum is pictured here in Berlin. Experts say that by not protecting the name in time, the founders of the movement failed to secure what could have been a reliable source of licensing revenues for future museums dedicated to Bauhaus. The collections in Weimar, Dessau and Berlin have manged nonetheless. They have built a joint web portal, they are preparing for a major exhibition in London and a new Bauhaus museum is in the works for Weimar.