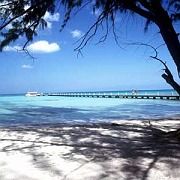 In a second major bank secrets whistleblower case, a man has provided Germany and other countries with data about rich customers who have parked their money abroad, possibly to evade taxes -- this time on the Cayman Islands.

His name is Rudolf Elmer. He comes from Switzerland, not Liechtenstein. And he's not demanding millions -- only justice and a taste of revenge. Otherwise, Elmer, 53, and Heinrich Kieber have a lot in common.

Kieber, 42, is the man who stole confidential information on alleged tax evaders from the Liechtenstein bank LGT Trust Ltd. and sold it to buyers around the world, making him one of the most spectacular whistleblowers in financial history.

Now Elmer could be well on his way to dropping a similar bombshell.

Like Kieber, he had a considerable amount of bank-related information on rich clients, including a large number of Germans. And like Kieber, some of his data surfaced during investigations by state prosecutors. And he kept a copy, just like his colleague in the Liechtenstein capital Vaduz. This time the trail leads to another notorious tax haven -- the Cayman Islands.

Elmer, a former manager for the Swiss private bank Julius Bär, is wearing a red fleece sweater and Birkenstock shoes as he relaxes with friends in the dining room of their Zurich apartment. He has thinning hair, wears rimless glasses and recently returned from a trip to Mauritius. He says: I want the Swiss financial world to become more honest, moral and ethical.

The information the Swiss banker possesses is not quite as exhaustive as the Liechtenstein archives that Kieber sold to German tax investigators and Germanys foreign intelligence agency, the BND, on June 12 last year for a total of nearly €5 million ($7.5 million). The treasure trove from Liechtenstein contains archival records from LGT Trust Ltd. that date to late 2002, with data on 4,527 individuals, including over 600 Germans who deposited a portion of their assets in Vaduz and are currently under investigation by German tax authorities. The most prominent suspect, former Deutsche Post CEO Klaus Zumwinkel, will very likely have to face charges.

Elmers collection concerns a large number of clients who placed their money in an extremely discreet location: 300 kilometers (180 miles) south of Cuba, on the Cayman Islands, a group of three Caribbean islands that have become the fifth-largest financial center in the world.

Similar to the Liechtenstein case, which has transformed into Germanys largest post-war tax scandal, Elmer's information could expose dozens of German tax evaders. Last year, Berlin tax authorities started preliminary investigations and officials in the German state of Hesse have also launched their own probe. But the information from Zurich does more than reveal the enduring compulsion among many of the super rich to share as little of their wealth as possible with the state. It also provides a glimpse of how actively some banks participate in an international system that allows tax evaders to cover up financial transactions and remain undetected. German tax investigators believe that without the assistance and complicity of bankers in Vaduz, Zurich and Frankfurt this system could not exist.

Its not just customers who benefit from these deals. Banks also use tax havens for their own benefit. At least that is what Elmer maintains in an open letter where he lists alleged practices that "were used by the Julius Bär bank to evade or reduce its own tax payments.

The allegations are serious. The ex-employee claims to know how the Zurich bank avoids paying the government its due. Elmer accuses the bank of double bookkeeping practices. Allegedly Bär administers billions in the Caribbean, yet reaps the profits tax-free in Switzerland. The informant says that in protocols and e-mails the bankers pretend that management in the Cayman Islands makes the decisions while the main bank in Zurich actually controls all the transactions.

According to Elmer, an in-house pseudo insurance company in the Caribbean sends out exorbitant premium invoices that reduce the amount of taxes owed in Switzerland and other countries. Elmers whistleblower letter also mentions alleged faked loans to customers that can reduce tax bills by deducting bogus interest expenses. He also writes about investment managers who squirrel away their fees in the Caribbean -- tax-free. The bank has declined to comment on the accusations. It has "no comment" about "the libelous statements asserted in various documents." 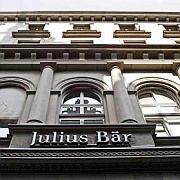 The Julius Bär offices in Zurich, Switzerland: The bank has "no comment" about the "libelous statements asserted in various documents."

But can all this be true? Is the posh private bank really that unscrupulous? Or has Elmer, blinded by hate, allowed himself to be deluded by a fantasy world of his own invention? If the allegations turn out to be true, it would be another disaster for the banking system right on the heels of the Liechtenstein scandal.

Elmer knows this world so intimately because he was part of it for many years. He worked for Julius Bär in the internal auditing division and screened complex transactions. In 1994, the head accountant was promoted to the Julius Bär branch in the Cayman Islands. From his office window, he could see the azure blue Caribbean, and even in winter, it was a balmy 20 degrees Celsius (68 Fahrenheit). But disagreements poisoned the atmosphere in the office, the pressure increased, and it proved too much for the stressed accountant. He developed chronic hip and back pain. When a number of documents disappeared, the banks management had him and others submit to lie detector tests in late 2002. All doped up on medication, Elmer aborted the test when he was halfway through. Headquarters served him his notice -- a move that he contends was illegal, because he was ill.

He was also the employee appointed to deal with hurricane emergencies at the company, and his duties included bringing the banks sensitive data to safety whenever there was an impending storm. This meant that Elmer would always leave the Cayman Islands with a security backup of the banks server whenever the weather service issued a warning. Thats why I had a copy in my possession when the bank fired me, he says. The bank alleges it was theft.

Like Kieber, who tried at first to blackmail the Principality of Liechtenstein, Elmer used his data as a lever in the bitter dispute with his former employer. He sent anonymous e-mails to Bär customers, threatening to disclose that their accounts contained unreported taxable income. I did it to protect myself and my family, he now says.

The conflict escalated in 2005. A Swiss financial newspaper was anonymously sent a CD with customer records dating from 1997 to 2002. The US Internal Revenue Service also received a copy, but the full names of the banks clients were missing. The bank filed charges and Elmer had to spend 30 days in pre-trial confinment. The legal proceedings continue today.

Once in circulation, the flow of data couldnt be stopped. A few weeks ago, customer records -- some genuine, some forged -- from the Caribbean Bär branch appeared on "Wikileaks," a Web site that publishes sensitive corporate and government documents. The banks lawyers sued the sites operators and the domain name was taken offline. Apparently, the information came from Elmers collection.

Meanwhile, the accountant moved to Mauritius, where he lost his new job after his employers there found out about his background. He briefly received psychological therapy.

For a long time, the German government has done little to put tax havens under pressure. As recently as January, during negotiations over Liechtenstein's admission to the Schengen zone of passport- and border-free travel within much of the European Union, the Germans lent their full support to the principality. According to a paper published by the German Finance Ministry, it was only thanks to sustained pressure from the Germans that Spain and Portugal were prevented from blocking Liechtensteins Schengen membership in a bid to force the tiny country to sign an agreement to combat tax fraud.

That was over a month ago. Since last week, German Finance Minister Peer Steinbrück has been threatening to impose sanctions. His ministry is considering introducing a withholding tax on bank transfers to Liechtenstein. Tax-audit tracer notes would also be a possibility. This is an attempt to create higher hurdles for tax evaders, but it wont change the system. Basically, the German government is dependent on the understanding of the royal family in Vaduz. At any rate, Steinbrück has only very limited influence farther afield in the Cayman Islands.

So the minister is stepping up the pressure. He is prepared to share the insider knowledge obtained from Kieber on bank transactions in Liechtenstein. "If we receive requests from other countries, we will pass on the DVDs," said a close associate of Steinbrück. The politicians in Berlin feel that making investors finances fully transparent is their only option to penetrate the air of secrecy surrounding Liechtenstein.

But the Finance Ministry says that no one has contacted Berlin for information so far. Kieber probably made deals with a number of different parties. The British have admitted that they acquired a copy from Henry, as Kiebers friends call him, for an estimated €130,000. The US government also made a deal. Its unclear exactly where Swedish, Italian, French and Australian authorities, who are also conducting investigations, have obtained their information.

Up until now, Switzerland has not indicated that it is particularly interested in cooperating with investigators. But that was before Rudolf Elmer threatened to become a second Heinrich Kieber.