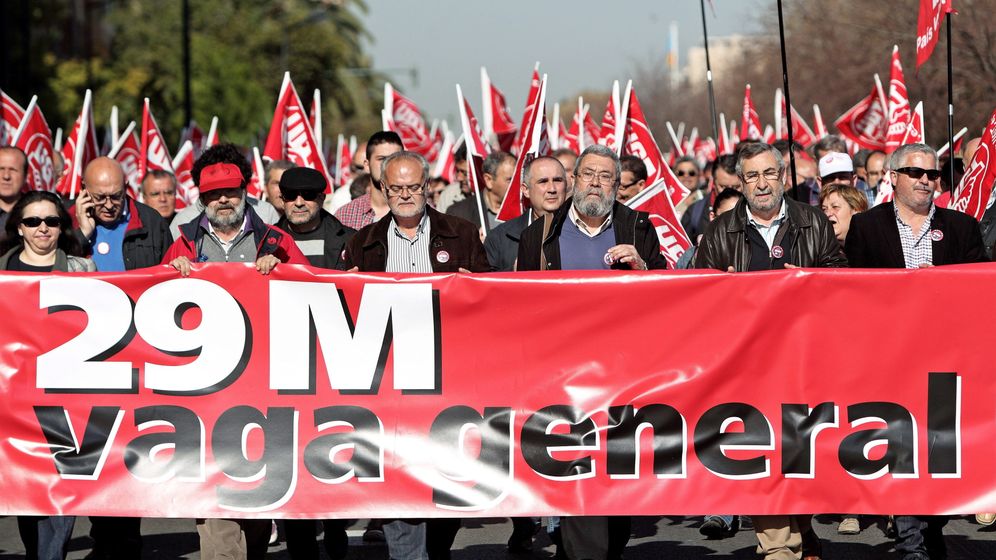 Photo Gallery: In Spain, A Feeling of Oy Vey Instead of Olé

Everything is going according to plan, no reason to worry, the threat has been contained. When Europe's monetary watchdogs resort to such catch phrases, investors and politicians alike know that the situation is serious.

Last week, it was apparently very serious as top-ranking Brussels officials practically lined up to disseminate their reassuring phrases to the people of Europe. "I don't think Spain will need any kind of external support," said Euro Group chief Jean-Claude Juncker, who is also the prime minister of Luxembourg. And European Commission President José Manuel Barroso insisted: "I am absolutely confident that Spain can meet its economic challenges."

But the fact of the matter is that the crisis fighters in Brussels are highly alarmed. It was less than two months ago that economists and financial experts were sounding the all-clear signal after the European Central Bank (ECB) had flooded the markets with €1 trillion ($1.32 trillion) in cheap money for banks. German columnists even announced "the end of the crisis."

In reality, though, the fuse is still burning, and financial experts at the European Commission, the EU's executive, the ECB and the national finance ministries are more concerned than ever.

Spain's banks are widely regarded as time bombs, with portfolios of volatile loans on their balance sheets that could explode at any time. The country is sliding deeper into recession and international financial investors are slowly but surely withdrawing. Last week, the government in Madrid succeeded in selling new bonds on the markets. But the yields for these 10-year sovereign bonds are currently running at a crisis level of roughly 6 percent.

The fate of the monetary union currently depends on Spain's austerity policies. The experts in Brussels are convinced that if the country seeks aid from the rescue package, the crisis will reach the next escalation stage.

The danger is real. Indeed, since the current Spanish government took office four months ago, it's proven more adept at upsetting its European partners than at solving its financial problems. Many observers say that the latest escalation in the crisis was sparked when Spanish Prime Minister Mariano Rajoy announced that he did not intend to adhere to EU austerity rules. "That's the perfect way to scare off investors," said an official in the German Finance Ministry in Berlin.

Since then, officials in Brussels have been saying that Spain isn't expressing enough serious interest in cutting costs. According to the plans put forward by the government in Madrid, public expenditures will rise by 2 percent this year alone, taxes will only be moderately increased and Rajoy doesn't even intend to reduce the public sector workforce. There's quite a lot of "fat" in Spain's public sector, as European Commission President Barroso often complains in small circles.

For example, Spain has some 4,000 state-owned companies whose privatization could fill government coffers with billions of euros. But these stakes are primarily held by regional governments, and Rajoy can't simply issue instructions to regional political leaders. Last year, the central government in Madrid got a taste of what this entails. Madrid had largely adhered to the belt-tightening regulations. Spain's autonomous regions, though, such as Catalonia and Andalusia, ruined the results with their debt policies.

The next setback is unavoidable. The prime minister recently announced that he wants to reduce expenditures in the country's education and health system by €10 billion. But Spain's regions are doing everything they can to resist the threatened cuts in their budgets. Andalusia, for example, is slated to receive €2.7 billion less, but it's demanding €1.5 billion from the central government for investments that were approved over the previous years.

The conflict threatens to escalate. To meet the demands of the central government, the regions would have to slash 80,000 out of 500,000 teaching positions, the teachers' trade union claims. Not surprisingly, this has met with staunch resistance from local politicians and it remains unclear whether Madrid can meet its budget commitments.

There are equally large concerns about Spain's financial sector. Just a few years ago, the banks financed an unprecedented real estate boom. This was fueled by the low interest rates that Spain enjoyed after the introduction of the euro, along with the avid interest of foreign investors. Between 1997 and 2007, real estate prices rose by approximately 120 percent.

Since then, prices have fallen by roughly one-fifth. Now, Spain's banking sector is caught in a downward spiral of falling prices and bad loans. Citigroup estimates that the country's financial industry has over €1 trillion in loans on its books that are linked to the real estate market. In late 2011, nearly one-tenth of these loans were junk.

Fears Grow that Crisis Will Spread

Consequently, there's a growing fear that the crisis will spread. The Spanish central bank has just announced that the country's financial institutions are putting an additional €50 billion aside to cover impending loan defaults. But if the downturn continues, the economists from Citigroup say that the losses could be as high as €200 billion.

And there is another reason for pessimism: Due to the recession, an increasing number of companies and private households can no longer service their debts. As a result, when the ECB pumped money into the European banking sector this winter, Spanish banks soaked it up like a sponge. By late March, they owed the ECB €228 billion.

The so-called "Big Bertha," which is also the nickname commonly used to describe a big howitzer used by the German army in World War I, deployed by ECB President Mario Draghi not only eased the acute woes of Spanish financial institutions, it also helped the government in Madrid. Indeed, just as Draghi had hoped, the banks invested a large share of this money in Spanish sovereign bonds.

This seemed to be a sound investment, at least as long as the trading value of these bonds increased. But now more and more foreign investors are dumping their Spanish bonds, which means that the country's banks could face new losses. "The Spanish banks won't be able to keep purchasing sovereign bonds if the prices of these bonds continue to drop," says Uwe Burkert, head of credit analysis at the Landesbank Baden-Württemberg, a bank owned by the government of that southern German state.

Draghi's aid to the banks hasn't helped the Spanish economy anyway. Spain's financial institutions continue to scale back their loans to companies and private households. Instead, they are financing the cash-strapped government. In Spain, of all places, where the economy is more dependent on bank loans than in virtually any other country in the euro zone, people are complaining about the credit crunch.

European leaders battling to rescue the euro are faced with a dilemma. Spain's banks urgently need capital, but no one knows where it should come from. Using Europe's euro rescue funds would contravene the regulations, which stipulate that only states may borrow money under the bailout scheme. If the government in Madrid were to support the banks directly, it would have to take on new debt -- and, in the process, add considerably more momentum to the spiraling crisis.

A Dilemma for Europe

Leaders in Brussels, Berlin and Paris have decided to cross their fingers and hope for the best. They are hoping that the Spanish austerity program will take hold at some point in time, that the recession will ease and a gradual upswing will pull the banks out of the crisis. At the same time, Brussels has set its sights on boosting growth across Europe. There are plans to introduce new infrastructure projects, promote greater competition in the service sector and open up labor markets.

However, these initiatives are not allowed to cost money, because nothing should jeopardize the balancing of national budgets. "Trust" is the new magic word that the euro's rescuers intend to use to woo international financial investors. This is the message that Spanish Economics Minister Luis de Guindos broadcast to all and sundry last week as he toured European capitals and stock exchanges in an effort to calm politicians and investors.

It's questionable whether this intensive public relations campaign can head off the threat of the country asking for money from the Luxembourg-based euro rescue fund. In confidential discussions, representatives of the European Commission, the ECB and national governments are urging the Spanish to do everything possible to put their banking sector in order -- if necessary, with the help of the bailout fund.

Government representatives from Madrid have responded by ruling out this possibility. But experienced financial experts remain skeptical. "I've already heard similar tones from Greece, Portugal and Ireland," says one source who has been involved in efforts to rescue the common currency since the beginning of the crisis. "But sooner or later they come asking for money."