Jennifer Brook's interesting statement at the iPad presentation was somewhat lost amid the hype over Steve Jobs' new tablet computer. The New York Times manager said that her paper's iPad app had "captured the essence of reading a newspaper."

Brook may not have meant to suggest that the device was simply going to enable newspapers to be read in the old way. However, her comment is revealing: The people who run the most prestigious newspaper in the United States are not working on creating something new. They just want to be able to get their old products to the consumer using new delivery methods.

Yet that is thinking far too narrowly. As was clear at the iPad show. 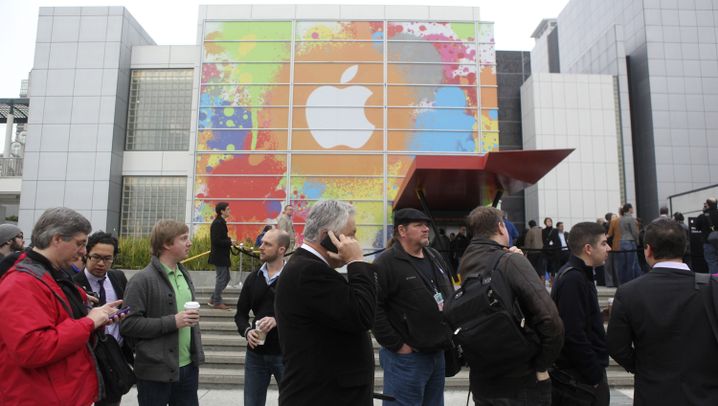 The US Major League Basebell, in presenting its iPad app, made it clear it wants to make the sport a whole new experience. It will be possible to switch between several video and audio broadcasts of the games. Users can call up the statistics on individual players and compare the game history of the hitters and pitchers who are about to confront one another. They can also trawl through an abundance of interesting data that might be relevant to the game they are watching. There were two aspects of the short MLB presentation that were immediately striking and that classic media companies will have to address once mobile devices like the iPad hit the mainstream.

First, the baseball app does not distinguish clearly between text and video. They flow into one another and merge together with interactive graphics to creative a new kind of way of providing information. Second, the app, which is not free, will not be distributed by classic media companies but by the MLB itself.

It is not important whether it is the iPad or smartphones with enhanced display functions that eventually come out on top. What is clear is that a lot of people are going to be using these kinds of devices in a few years. And newspapers and magazines are not the only ones that will be competing for their attention and their cash. TV stations, online companies and completely new providers like the MLB will also be part of the picture.

An Upheaval in How News Is Delivered

There will not just be more variety on these kinds of devices but also greater competition. Those who are hoping to make a killing with the new apps will have to think carefully about what they actually want to sell, how they are going to use the devices to do so, and what consumers can be expected to pay for.

The current thinking in the media industry is that it will soon be possible to charge for digital content, as soon as there are new, better devices. Up to now users have not been willing to pay for content on the Internet. Magazines and newspapers hope that the Apple iPad will succeed in bringing about this revolution. While this is far from certain, it is also not a completely absurd idea. As long as the media industry manages to offer something new for these new devices.

And capturing "the essence of reading an newspaper" won't cut it. If the new technology develops in the way manufacturers like Apple hope, then iPads, Google Netbooks and Kindles won't just be about reading. They will be devices that entail viewing, clicking and a whole lot more. And when it comes to journalism, it will mark a complete upheaval in how news is delivered.

Currently news is something that most people read during the day on a computer, at home or in the office. People are looking for a quick overview of the most important news in a well ordered format.

However, the new devices have high-contrast and are light and cheap enough to take on the train, or to the park, to look at in bed or on the sofa, in a meadow or at the beach. And there is now scope for different ways of presenting information and different themes to become popular.

One only has to look at online videos to see how the user environment can influence the demand. They are usually viewed in the evening at home, rather than at a desk, like other online content.

That does not mean that people want to watch TV on the Internet. Users of digital content don't want to be constantly clicking at a computer, but they do want to have the opportunity to do so when they feel like it. Sitting quietly watching 15 minutes of the evening news is not going to be what iPad users are looking for. An app like the one developed by MLB is far more attractive in the way that it combines text and video in a new interactive display format.

That is not to say that media companies need to copy this particular way of displaying content. It is simply showing that what is needed now is creativity.

The essence of a newspaper is good journalism. How it can be made to function on devices like the iPad is a pressing question -- perhaps just as important as how to make money from the content online.