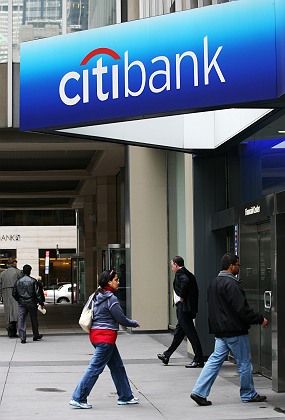 The Abu Dhabi Investment Authority will invest $7.5 billion in Citigroup, offering the nation's largest bank much-needed capital to offset big losses from mortgages and other investments.

Better get used to it. The Abu Dhabi Investment Authority's $7.5 billion investment in Citigroup could be the start of shopping on Wall Street for the Gulf states and other big holders of cash such as Singapore and China. The Gulf Arab countries are running up current account surpluses of around $200 billion a year and have to put their money somewhere. ADIA, which is the world's largest sovereign wealth fund, has an estimated $875 billion in assets, according to brokerage Morgan Stanley.

Although the Gulf states are somewhat nervous about the US and worried that the dollar -- which they now refer to as the "d-word" -- will continue to fall, a troubled bank like Citi still looks like a bargain. "Excess liquidity and beat-up financials make a good recipe for marriage," says Arif Naqvi, chief executive officer of Abraaj Capital, the Dubai-based private equity firm that is part-owned by funds from Kuwait, Qatar, and Dubai.

Gulf managers say they are closely watching the US situation, where bank stocks have been hammered by the fallout from the subprime crisis. One senior Gulf fund manager who asked not to be named said he thought that the U.S. credit crisis was still playing out and that the funds would be able to pick up stakes even cheaper down the road.

But the Abu Dhabi deal shows that the Gulf funds will carefully consider special deals to take big stakes in blue chip financial institutions. "These financial institutions may be in for a squeeze today, but they are high-quality institutions," Naqvi says. "I think that people in the Gulf are very alert to opportunities to buy fundamental value. The geography doesn't matter."

ADIA is investing up to $7.5 billion equity units, which will be mandatorily convertible into common stock between Mar. 15, 2010 and Sept. 15, 2012. ADIA could thus gain as much as 4.9 percent of Citi, surpassing the 3.6 percent stake held by Saudi Prince Al Waleed bin Talal, currently Citi's largest shareholder.

The new money will help bolster Citi, whose balance sheet was becoming overstretched thanks to a deteriorating business environment and subprime-related writedowns. But just the fact that the bank needed to go to the Gulf with its hand out should be worrying to investors. The capital injection "shores up [Citi's] capital base and reduces investment risk," according to a market note by Morgan Stanley analyst Betsy Graseck. However she notes that the terms of the investment "leave the door open for more incremental hybrid issuance, suggesting that Citi considers this possibility high enough to include in its negotiations with ADIA. More hybrid capital is more earnings dilution."

This isn't the first time Citi has turned to the Gulf for help. In 1991 the bank tapped Al Waleed of Saudi Arabia for capital. The prince remains Citi's largest shareholder, with 3.6 percent. He has been a demanding owner, willing to publicly blast Citi chief executives when it suited him.

ADIA is unlikely to be so vocal. "The Abu Dhabi Investment Authority takes a long-term view for all its investments, and today's action is in line with our own track record of responsible investment discipline," a senior ADIA executive wrote in an e-mail. "ADIA is a prudent and conservative investor around the world, focused on long-term financial performance. As a policy, it does not believe in seeking control or active management of companies it invests in."

The Citi purchase is just one of a recent slew of financial deals by so-called sovereign wealth funds in the Gulf and elsewhere. Huw van Steenis, banking analyst at Morgan Stanley in London, estimates that SWFs have invested a total of $47 billion into Western financial stocks and specialist asset managers such as hedge funds. Some $37 billion of that has come in an eight-month period beginning in the second quarter of this year. "This is a major theme intensified by the pressure on some banks' capital ratios and challenging funding environment," he says.

Dubai International Capital, which is owned by the ruler of Dubai, has bought stakes in both HSBC and hedge fund manager Och-Ziff. DIIC also said on Nov. 26 that it had taken a significant stake in Japanese electronics maker Sony.

Morgan Stanley figures that other institutions which might fit the bill for the funds include NYSE/Euronext, Deutsche Bank, London-based hedge fund powerhouse Man Group, and Swiss banks UBS and Julius Baer. Because of the risks of a political backlash or regulatory action, van Steenis figures that "minority stakes will remain the majority of deals." Stay tuned.