Nearly all European industrial companies emitting environmentally harmful greenhouse gases are required to purchase emissions certificates if they don't reduce the amount of CO2 they pump into the atmosphere. Even so, they always have another option: They can simply buy their way out and keep on doing exactly as they've always done as long as they pay for climate-protection measures somewhere else in the world.

This selling of environmental indulgences is known as the Clean Development Mechanism (CDM) -- and it is probably the most useless aspect of climate legislation to be found. CDM projects are meant to make it possible for industrialized countries to fulfill a portion of their required emissions reductions in developing and newly industrialized countries -- and at a considerably lower cost. Using this method, German companies can compensate for roughly 20 percent of their emissions.

Companies can invest in environmentally friendly hydroelectric power plants in China or India, for example, or in facilities for extracting methane gas. However, many of these operations had already been planned before the German companies stepped into the picture. And while the law stipulates that only new projects will be supported through CDM, it's not always easy to determine exactly what qualifies as new.

The upshot of all this is that potential reductions are being replaced by real emissions. Indeed, Nicola Jaeger, an earth scientist based in Berlin, believes this system could even lead "to an increase in global emissions." As part of a recent dissertation project, Jaeger analyzed dozens of projects that German companies were involved in and found that many of them had already been completed before being registered as CDM projects.

Such instances of the inappropriate use of the CDM system have led to the creation of specialized watchdogs, such as CDM Watch, an NGO based in the western German city of Bonn. Since the trading of emissions rights has given rise to a climate-protection industry worth billions, the organization's employees certainly have their work cut out for them.

At trade fairs such as Carbon Expo, which has been held in Barcelona for the last seven years, government officials from African countries put reforestation projects or landfill clean-ups on offer, while representatives from Deutsche Bank or Goldman Sachs help translate these barter deals into concrete environmental projects.

One corporation that is particularly active in this field is RWE, the German energy giant, whose plants spew out 140 million metric tons of CO2 each year. The company has a 32-member team dedicated to ferreting out potential CDM projects around the world. Indeed, by 2020, the company plans to offset 100 million metric tons of CO2 through supposed climate-aid projects in poor countries and other similar projects -- and all of this in order to be allowed to emit the same amount elsewhere.

The Essen-based company prides itself on "working for the climate around the globe." For example, one of its projects involves replacing several antiquated diesel generators on the Galapagos Islands with three new wind-power plants. Though the project will reduce CO2 emissions there by about 2,000 metric tons a year, that's still not as much as RWE's brown coal plant in the western German town of Niederaussem emits in a single hour.

Putting a price tag on CO2 emissions has "awakened the world's technical imagination," says Ludwig Kons, who oversees climate-protection matters at RWE. But generating a bit of wind power on the Galapagos Islands doesn't make much of a difference. For that, large-scale projects are needed. And Kons is hoping that the World Bank will develop a market for such projects so that "we can avoid environmentally harmful gases in the most cost-effective way."

Good examples of these kinds of projects can be found in ones in China and India involving HFC-23. A byproduct of obsolete coolant-manufacturing facilities also known as fluoroform, HFC-23 is estimated to be 11,700 times more environmentally harmful than carbon dioxide. Thus, if a company renders one metric ton of HFC-23 harmless, it can pocket emissions certificates worth 11,700 metric tons of CO2.

Of course, factory operators in India and China know what can be used to replace HFC-23, and many of them have switched to producing alternative coolants. China even plans to invest $47 billion (€36 billion) in green energy. But they also know about the CDM reward system. Indeed, if the climate saviors hadn't come along and made polluting profitable, manufacturing these coolants would probably have been banned in China long ago, as it is in the European Union. But now it suddenly pays to keep old, environmentally harmful plants running and to catch the HFC-23 in oxidation devices.

In fact, nearly everyone profits from the arrangement -- except, of course, the climate. There are: the equipment manufacturers, who install the catalyzers; the coolant companies, which earn around five times as much for exhaust-gas disposal as they do for their main product; the Chinese government, which slaps a 65 percent tax on the certificates; and financial institutions, such as Deutsche Bank, which bundle pollution rights and sell them as green investments to energy giants such as E.on and RWE, whose customers then have the honor of paying for this environmental shell game simply by paying their utility bills.

Eva Filzmoser, a program director at CDM Watch, thinks that HFC-23 projects are a "scam." EU Commissioner for Climate Action Connie Hedegaard has also expressed her doubts about their "environmental integrity" and wants to ban questionable projects carried out in other countries as soon as possible.

Still, such criticism doesn't seem to have made an impact on most of the people sitting on the CDM board responsible for the issue. In fact, at the United Nations Climate Change Conference recently held in Cancun, Mexico, the board even praised the eco-friendly effects of the HFC-23 projects and authorized an additional 13.7 million HFC certificates.

But it wasn't just their voices that were ignored. Indeed, this even happened after Lambert Schneider, an environmental expert at the UN's Bonn-based Climate Change Secretariat, succeeded in documenting the manipulation involved in these projects. Last spring, after analyzing all 19 HFC projects, Schneider concluded that many of them were extremely suspicious. In many cases, he found that the sideline business of disposing of exhaust gases had actually become the core business and that many facilities were still only in operation to earn HFC-23 emission certificates.

Over the years, climate-related development aid has grown to include a whole host of things. The latest example is using coal to save the planet. The first related projects have already been registered in China, one of which involves improving the efficiency of a coal mine in Ningxia, a small region in central northern China. Germany's RWE has a hand in the project and hopes it can profit by extracting methane gas from the mines and converting it into electricity.

Still, there are two problems with this project. First, since the technique is already commonly used in China, it would have a hard time qualifying as a "new" project. In fact, there is even a Chinese law that permits the use of mine gas plants if the methane involved exceeds a certain concentration. RWE's Kons knows about the law, but he hopes RWE's project won't fall under it. And, second, there is not a consensus about whether using the technique really benefits the environment.

Despite these doubts, the German Emissions Trading Authority (DEHSt), a division of Germany's Federal Environment Agency (UBA), rubberstamped the project, and TÜV Süd, a German certification company, gave the project its seal of approval.

German inspectors also gave the green light to a dam project on China's Bala River that entailed a massive population resettlement. A Chinese consulting firm had offered RWE the project. Although it had been in the works for years, it could suddenly only be approved if it brought in 10 percent in returns -- a target that could now supposedly only be reached with the help of the CDM.

What's more, although TÜV Süd certified that those affected by the dam construction project had volunteered to be relocated, a recent article in the German magazine Geo claims that not all of them went so willingly. TÜV Süd responded to the claim by saying that the resettlement process was carried out in accordance with the law.

This March, even the UN Climate Change Secretariat finally had enough of TÜV Süd's willingness to approve suspicious projects. Its executive council temporarily suspended the Germans from all further certification processes. 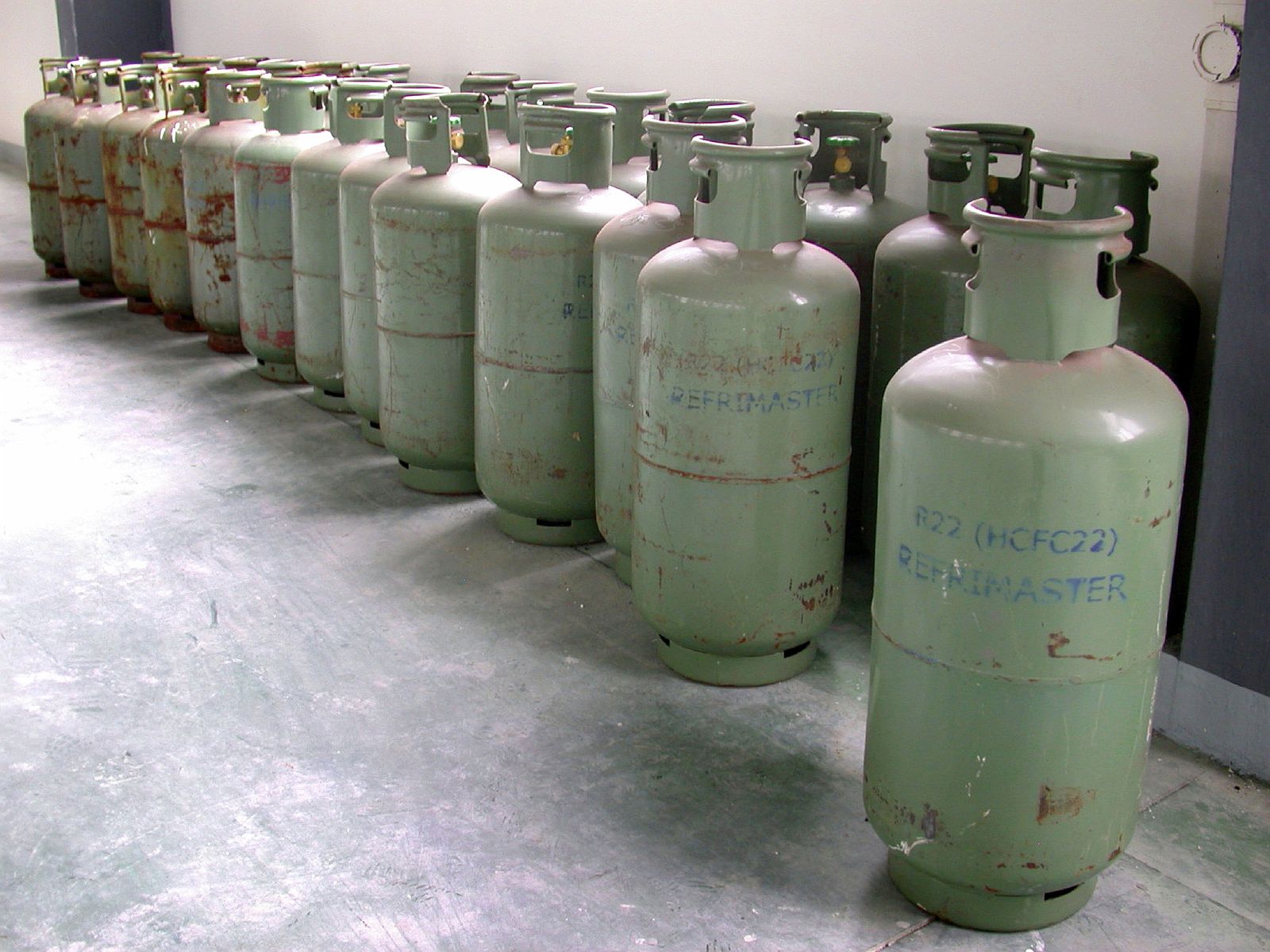